US technology giant IBM said Tuesday it would hire 25,000 people in the country over the next four years, a day before President-elect Donald Trump meets with tech industry leaders.

About 6,000 of those hirings will occur in 2017, IBM chief executive Ginni Rometty said in an opinion article published in the newspaper USA Today.

IBM, which has undertaken in recent years a restructuring of its activities, will invest $1 billion on employee training and development in the next four years, said the IBM president, chairman and CEO.

4 posted on 12/13/2016 5:19:57 PM PST by Chickensoup (Leftists today are speaking as if they plan to commence to commit genocide against conservatives.)
[ Post Reply | Private Reply | To 1 | View Replies]
To: bobsunshine

Trump has added or saved more real, good paying jobs in the 5 weeks he has been President elect than Obama has in 8 years of a failed Presidency.
Obama and the Democrats should hide their faces in shame.

Thank God that we are going to have real American president.

Tells me Trump is about to kill the H1B visa program. IBM is getting out ahead of it.

Please Donald, don’t target us ... see, we just hired a bunch of Americans!

The Art of the Shakedown - Trump is becoming the Jesse Jackson of working class Americans ... of all races.

I will also bet that a lot of the current H1B visa holders won’t be getting extensions or green cards either. L1 visa numbers will probably also be reduced and abuse will probably be prosecuted.

I’d like to hear you expand on your comments?

How many of those will be White males over 60? 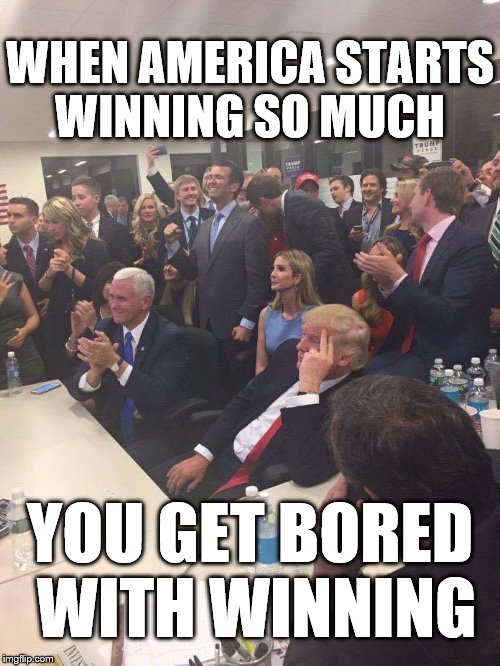 Unfortunately bh0 and his leftist socialists (use to be known as democrapts) never tire of loosing and tearing this nation down.

What a difference when the adults are in charge.

“How many of those will be White males over 60?”

But this will be interesting. If they have their skill sets up to date, they’ve a shot. I suspect most of the jobs will be in areas they are currently expanding and these include life science, Cloud, etc.

Not much to expand on as it was just a random thought based on some association with how corporations would go on (minority) hiring spurts right before a Jesse J visit to keep his boycott brigades at bay.