This week, soon-to-be-retired Laker legend Kobe Bryant admonished second-year guard Jordan Clarkson for â€œgoing to the hole like a light-skinned dudeâ€. Clarkson told the LA Daily News that in the moment prior to posterizing Suns big man Alex Len, he thought, â€œI have to go to the hole like a dark-skinned dude. As soon as the lane opened up, thatâ€™s all I could remember.â€ Itâ€™s interesting that Bryant would toss such a racially charged statement at a young player considering his childhood was spent in Europe and he never quite fit in with his peers when he returned to the States. Nevertheless, it happened, and Kobeâ€™s words reinforced a very potent notion in basketball circles â€“ dark guys play the game harder and light-skinned guys are soft.

So let racism be Bryant’s. It’s not like it couldn’t have been read anyway.

"Julian Bond:
That's an interesting point. My theory is that it's based on the fact that light-skinned blacks are smarter than dark-skinned blacks.
Garrett Morris:
[ not sure he heard that right ] Say what?"

If the dark-skinned dudes had to play by the rules of 1950, they would have fouled out of the game by the end of the first half. â€œCommandoâ€ basketball â€œ is indeed more exciting, but once charging was not allowed.

To: MinorityRepublican
This is bullsh...analysis of playing styles. Blacks dunk more than whites because they jump higher and move quicker than white players...on average. Nothing to do with who plays harder. White players who can dunk will do so.

I saw a college game last night where a player from Duke, Marshall Plumlee, scored 8 baskets. Every basket of his but one was a hard, two-handed dunk. Duke has another white player, Grayson Allen, who is known for his jumping and dunking. He actually won a dunk contest against mostly black athletes.

Whites actually have to play harder and smarter to compete against black athletes who in sports like basketball have a physical advantage. They, whites, don't move as quick or jump as high. But the ones that can dunk, will dunk when given the opportunity. 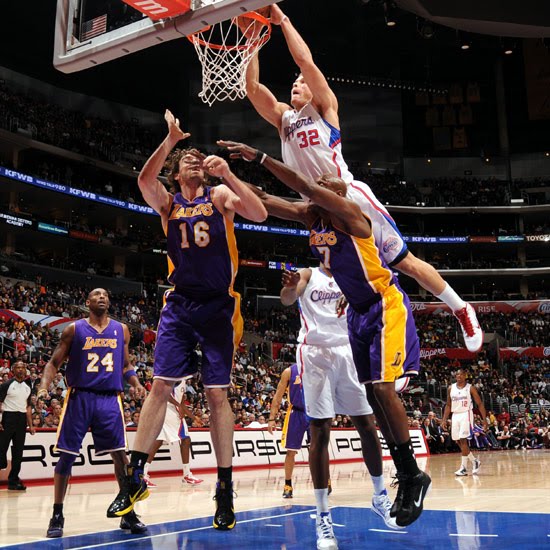 And the reigning MVP plays "soft"...because he plays "quick" and "smart".

go tell that to Curry and Thompson and all the other light skinned people playing nba.....there was never anybody as fearless as Bird...never....

Anyone wants to understand race shade forget the NBA

go to the Caribbean especially the Dominican Republic

The more primitive race being pissed off and seeking validation

The more dominant race being defensive or apologetic

But folks are pressured to breed up

In the US too

The world has gone to Hell

The light-skinned guys have to be more careful; the bruises show up a lot more when they collide with the defense.

And with guys like me, every little bump bruises and stays a week!

First thing that came to mind.

I find that it tends to be the lighter-skinned blacks that are the most racist and bring up the race card more often. As if they want to compensate for not being considered to be “Black Enough.”