Even before seeing the transcript of the July 25 call between President Donald Trump and Ukrainian President Volodymyr Zelensky, Nancy Pelosi threw the door wide open to impeachment.

Though the transcript did not remotely justify the advanced billing of a “quid pro quo,” Pelosi set in motion a process that is already producing a sea change in the politics of 2020.

The great Beltway battle for the balance of this year, and perhaps next, will be over whether the Democrats can effect a coup against a president many of them have never recognized as legitimate and have sought to bring down since before he took the oath of office.

Pelosi on Tuesday started this rock rolling down the hill.

TOPICS: Politics
KEYWORDS: 2020; patbuchanan; patrickbuchanan; patrickjbuchanan; pitchforkpat; potus
I think taking out Biden to the Impeachment crowd is just another plus. Kill two birds with one stone leading to a Warren presidency.
1 posted on 09/27/2019 9:11:44 AM PDT by C19fan
[ Post Reply | Private Reply | View Replies]
To: C19fan

Lieawatha, Fauxcohantas, Psychojawea is never going to be President.
Wall Street will see to that.

And Hillary who is under the illusion Warren is going to replace RBG with her.

Another day, another liar.

The lie is the weapon used most often by the criminal.

Even noble indians were intolerant of liars, Liz. Back to your teepee.

they were often brutal towards other tribes, but at least had a sense of ceremony and honor in their bloodiness.

I don’t agree. Biden was going to implode eventually anyway, and it probably would have been better for Warren if it happened closer to the primaries. Now, there’s plenty of time for another challenger to Warren to gather support. The people who run the Democrat Party must know Warren doesn’t have a prayer against Trump.

Also, the impeachment spectacle is not going to be good for any Democrat Senator. Impeachment will be deeply unpopular, and Warren will not only be identified closely with it, but will have to take time off of her campaign to attend the impeachment trial. After all, she could hardly have clamored for impeachment all this time just to no-show the trial.

I think the winner might be someone like Buttigieg, if he can seize the opportunity to hold himself apart from the impeachment mess and present himself as a viable alternative to Warren or Sanders.

Until people ask about her one teaching class at Harvard....

Well she did get her law license reinstated for some reason.

Which is why we must wait win. 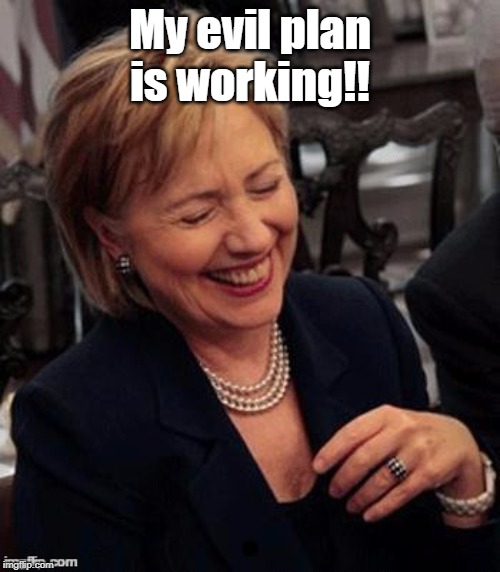 You really think she will be president or are you revealing your own wishful thinking?