There is a “different set of standards” for the Clintons and those associated with them that drives Americans mad, Government Accountability Institute (GAI) President Peter Schweizer said Thursday night on Fox News’ “The Ingraham Angle.”

“This is what drives people crazy about criminal justice in America. There’s a different set of standards for people in power — particularly those politically connected by the Clintons — and those same rules do not apply to ordinary Americans,” Schweizer lamented.

Manafort, who was briefly President Donald Trump’s campaign chairman, is awaiting trial on charges pertaining to bank fraud and his failure to register as a foreign agent, among others.

“In other words, for a near-identical crime, Bill and Hillary’s friend could escape and emerge completely unscathed, while Paul Manafort may rot in jail,” Carlson said. “Only one of them made the mistake of chairing Donald Trump’s presidential campaign.”

Schweizer, who wrote “Clinton Cash: The Untold Story of How and Why Foreign Governments and Businesses Helped Make Bill and Hillary Rich,” noted that Podesta Group founder Tony Podesta also failed to register as a foreign agent under the Foreign Agents Registration Act (FARA) for his lobbying work with a Ukrainian group.

“It’s a little bit like granting immunity to Bonnie to get a Clyde,” Schweizer said. “The root of the problem with Paul Manafort — and there are many, and I think they need to be investigated and he needs to be held into account — a lot of it involves the foreign agent registration act, FARA, and the fact that he was doing a lot of work for foreign clients, lobbying work or consulting work, and he was not revealing that or registering with the Department of Justice.”

“Well, guess what? Tony Podesta was also doing very similar things,” he added. “This question of justice — why is it that the the FARA violations of Paul Manafort should be prosecuted … but why in the case of Tony Podesta are they not? It’s mystifying, and it’s only going to further frustrate Americans, who again believe there are different standards.”

Schweizer also reacted to a Wednesday New York Times report revealing that the same Russian groups that hacked the Democratic National Committee (DNC) during the 2016 U.S. presidential election also participated in cyberattacks targeting the Department of State during Clinton’s time as secretary of state.

Related: Mukasey: Obama Wanted Clinton Cleared to Avoid Being Linked to Her Misconduct

“Here’s the problem, is, you look at every step of this investigation of the Clinton email scandal. You have sloppiness on the part of the FBI,” Schweizer said. “But the problem is the sloppiness always rebounds to the benefits of the Clintons, which leads one to only conclude that there was an effort to essentially want this story to go away or not hold the Clintons accountable.”

Noting that Clinton deleted 30,000 emails that were “by nature classified” upon their creation, he lamented that there was “no accountability whatsoever.”

“This is the deep rot of the FBI. It requires further investigation,” Schweizer advised. 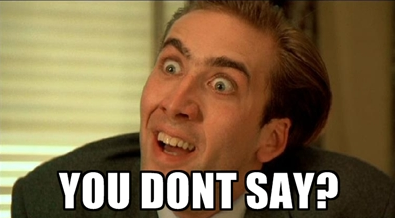 I sure hope this is the final straw that breaks Meuller and all... Unacceptable political plays instead of justice.

While H was secretary of state? Would be a bigger nail in the coffin, so to say.

There has always been “Rich man’s “Justice” - rich people have been able to buy their way out of trouble since the beginning.

It has just become more obvious of late..

No, there is a different set of standards if you are a Democrat. And even groveling RINO's find this as acceptable.

The seriousness of the charges vs no charge is ever serious enough.

Eventually someone in the first category will appear who would rather lynch all the people in the second than put up with it for a day longer.

Until then the folks in second categoy are like an abusive spouse to the abused companion that just wants acceptance, just wants to get along and for the beatings and beratings to stop.

Either this double standard ends straight away, or people will be forced to administer the justice the “authorities” refuse to administer. Believe me, those concerned would likely prefer justice be administered by the latter, and thus WILL not continue. Those days are over.

This, not thus. Fat fingered it.

Question. What initially triggered Rebels in Syria to go to armed warfare to overthrow Assad?

It all started when Mrs. Clinton was Sec. of State, right?

A time when our Govt. was fanning the flames of Islamic Spring, right?

It is time expose the BIG PICTURE of this failed foreign policy.

““It’s a little bit like granting immunity to Bonnie to get a Clyde,” Schweizer said.”

No. Bonnie and Clyde were in the same gang. It’s more like giving Al Capone immunity to get Bugs Moran. They were adversaries and Al would have been happy to hurt Bugs anyway. Just like Podesta would be happy to hurt Trump, or Manafort if he can’t get to Trump.

Why would anyone believe Podesta given the circumstances?

Well, since we're talking about the FBI, I will note that the FBI does exactly this. In Boston, the Italian Mafia was taken down by the Irish Mob -- Whitey Bulger had a very cozy relationship with the FBI and the FBI pretty much did whatever Whitey told them to do. Voila! Whitey's criminal competition got taken down almost completely.

FBI is beyond sleazy and has been for a long time.

12 posted on 07/20/2018 10:06:23 AM PDT by ClearCase_guy
[ Post Reply | Private Reply | To 11 | View Replies]
To: Red Badger
There is a “different set of standards” for the Clintons and those associated with them that drives Americans mad, Government Accountability Institute (GAI) President Peter Schweizer said Thursday night on Fox News’ “The Ingraham Angle.”What the hell is he talking about? There is NO LAW for the Clintons. They are above the law.

Law is for little people.

What is particularly frightening about all this is that the double-standard is long-standing and obvious to all, yet there appears to be no pushback or even the slightest effort to end it.

“You have sloppiness on the part of the FBI,” Schweizer said.”

“This is the deep rot of the FBI. It requires further investigation,” Schweizer advised.

Only God is “Not a respecter of persons”.