I was going to say “ta” to you, but was afraid if it double posted Bags would think it said ‘tatas’ and go off on a crazy and get dolphins wearing bras pictures or something, so I’m just going to say, “thanks”....

"Cool awesome inside sources" who just a few months ago were still trying to figure out how Trump even got into office, no doubt.

/sarc ain't strong enough, I'll end this one with #spitontheground.

Bill Barr reply: “And I will give Jerry No-nads until 8 AM Monday to fly into orbit and reverse the earth’s rotation” Too funny.

Very glad to hear you are a free man. Stay safe,Citizen Joe.

“I was thinking it was the “Key witness” part at Six minutes”
https://youtu.be/wZICLS7Avio

Here’s a good starting point link for that “Key Admission”.

Kamaltoe thought she had a great accusation there. It was ridiculous. Finally Barr laughed and said basically, yeah that was his job.

She’s such an idiot.

It could get dicey out there, so put on your hard hats
stock your shelters, gather your Trump cards and
spread the news and enjoy the show!

I’m pinging my Q Ping List from March, and I haven’t used it in a while.

Several great Q researchers have been chased off these threads by a small clan of pearl-clutching, fainting couch, blue-haired bitties who are offended by the truths and discussion here.

As Q Team said early on, “The choice to know will be yours”. That means if you can’t take the discussion, then pull out. Don’t read it. The Q threads are a place to discuss ugly truths.

Bad language, bad things, evil exposed, is the nature of these truths.

Over the past year and a half or so, many of us have built online and offline relationships with the fellow FReeQs. That is positive - we need to be united.

Recently, as things come to a head, we’ve been attacking each other on religious slides, complaining about offensive pictures, memes or articles.

To continue contributing here, I ask for two things.

First, I love occasional slides into recipes, gardening, mechanical, and more in the down times. But these slides must not devolve into attacking one another for religious beliefs, morality, or anything that is designed to divide us.

Second, this is a research thread. Always. A search for truth. Truth is ugly. Posts here will be offensive or ugly at times. STOP pinging the website owner every time you’re offended. Jim reads our threads. He already knows what we’re posting. He’s contacted me on FReepMail whenever I’m drawing outside the lines and clarified why I need to reign it in. I respect his house rules and abide. As we all should since he gives us a place out back to get our Q on.

We have FREEDOM OF SPEECH in America! Trump reacts to Facebook ban

President Donald Trump has condemned social media censorship in the wake of Facebook’s lifetime ban on several prominent conservative commentators, warning the platforms he is “monitoring and watching” them.

“I am continuing to monitor the censorship of AMERICAN CITIZENS on social media platforms,” Trump tweeted on Friday, putting Facebook and other sites on notice. “This is the United States of America - and we have what’s known as FREEDOM OF SPEECH!”

Trump’s warning echoed the words of his son Donald Trump Jr., who called on conservatives to “fight back” against Big Tech’s “next level” censorship, in a tweet posted earlier on Friday.

The president specifically mentioned Hollywood star James Woods and Infowars’ Paul Joseph Watson as two “Conservative thinkers” he was “surprised” to see banned from social media platforms. While Woods’ Twitter page has not been removed, his last tweet was posted over a week ago and many, including his girlfriend, have speculated that he has been banned.

He also called out Facebook for how “horribly” it had treated black conservative commentator sisters Diamond & Silk, who saw engagement on their page drop off steeply after their content was labeled “unsafe to the community” by Facebook employees.

Facebook banned Alex Jones, Milo Yiannopoulos, Laura Loomer, and a handful of other popular conservative figures - plus Louis Farrakhan - on Thursday, citing its policy on “dangerous individuals and organizations.” The platform announced it will remove even groups and events promoting content from the banned users.

That is SO COOL! Q Team hasn't promised me anything. Was that promise via email, or internet, or personal assurance?

[sarcasm off] What Q Team has done for me is challenged me to do a LOT of research, connect dots, and think for myself.

What Q hasn't instilled very well is patience. I struggle with patience. As others have said, there's a reason patience is a virtue and not a vice.

What helps is the fact that Q talked about things a year ago that are now making news - hussein used the whole of government under his power to spy on his adversary to either ensure a win by the hildebeast, or overthrow Trump.

That is now common knowledge. He orchestrated an attempted coup.

I am somewhat reassured by the fact that the DOJ and FBI top ranks have been replaced. US Attorneys all over the country are 'cleaner'? Than they were before.

And we achieved a numerical milestone of 100 Trump nominated judges have been seated.

The conditions are now set for a round up of traitors and miscreants.

This will become the great distraction going into 2020.

By the way, where is hussein these days? The fawning media has been talking up the wookie/michelle/michael. Where is barry and where are their daughters?

I got it. You're a dude. Dangit. Here's a top kek, brother.
#nohomo 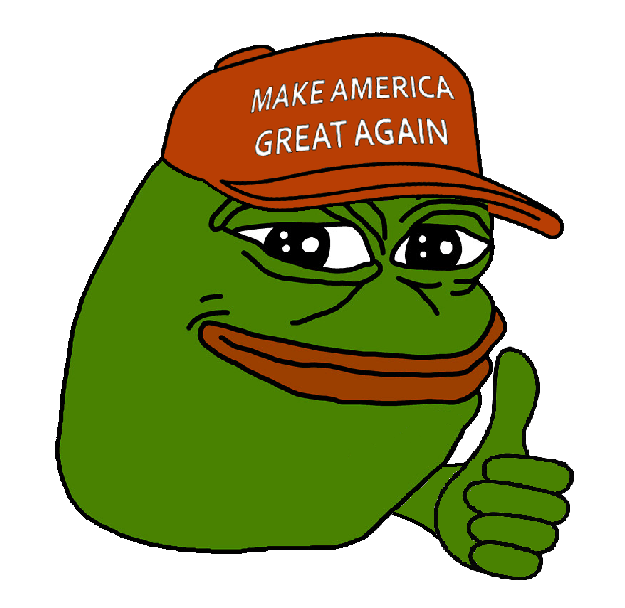 Remember, the rarest Pepe is (you). Much love, anon.

Said that to the wife last night, he's said that all week."

Hannity is a caboose, not a locomotive. He brings up the rear.

Finally read this, and can’t remember if it was posted already. Apologies, if so. Quite impressed.

Reading Barr’s June 2018 memo alongside the last twenty pages of the Mueller Report is a curious experience.

Together, they read like dueling legal briefs on the meaning of 18 U.S.C. § 1512(c)(2); the type of material one would expect to see from adversarial appellate litigators.

So-why did Robert Mueller dedicate 20 pages of his report to a seemingly obscure question of statutory interpretation? Why did Bill Barr write a detailed legal memorandum to Rod Rosenstein about that very same statute?

And how, exactly, did Bill Barr know that that § 1512(c)(2) was central to Mueller’s obstruction theory – in June 2018, when he was still in private practice at Kirkland?

After some consideration, I arrived at a theory that I believe answers these three questions, and others as well. For example – why was AG Jeff Sessions asked for his resignation the day after the midterms? Why was Bill Barr the only name ever seriously floated for AG? And is it merely a coincidence that six weeks after Barr’s confirmation, the Mueller probe came to an end?

This theory is not entirely my own — I’m indebted to the work of the anonymous lawyer user going by Undercover Huber on Twitter (@JohnWHuber), and his detailed thread on the subject. But the story I’m about to tell does contain some novel theses, which are noted throughout.

This is a story about a legal chess match played for the highest stakes imaginable: Trump’s Presidency – and whether it would be under the cloud of an endless special counsel investigation – hinged on the result.

John Dowd, Ty Cobb, Jay Sekulow, and the rest of President Trump’s personal legal team were on one side. Mueller, Andrew Weissmann, and the Special Counsel’s office were on the other.

Y’all be easy on the “Nothin’s Happining” crowd
when you wave this one under their noses...

We wouldn’t want them to get the vapors over the
strong smell of COVFEFE!

I guess Our President enjoyed this one with us!

(That’s a TWeet that will resonate loudly in dark circles...) 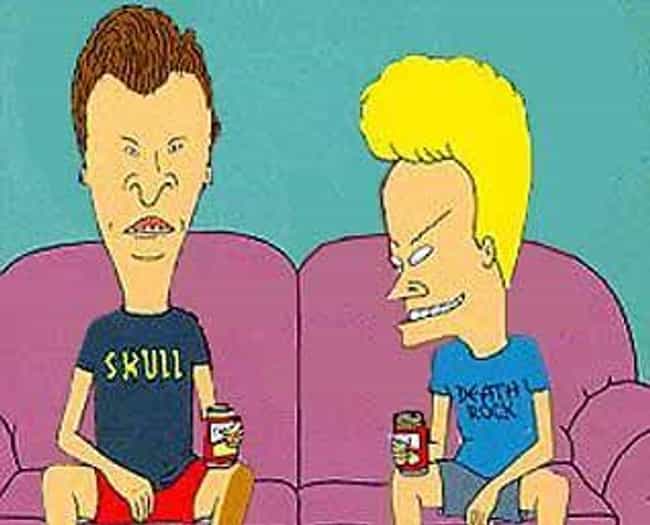 In a lengthy interview with a Los Angeles radio station, Charles Feldman mentioned the New York Times report and asked Comey about Trump supporters' reaction to it....

Already some Trump supporters are saying, 'Aha! You see? We are right! The president is right!" Feldman said to Comey. "The FBI and the … so-called deep state, they were spying on an American presidential campaign -- and this story is proof of that.’”

Comey hesitated at first to respond to the KNX 1070 AM host before justifying the FBI’s actions.

“Really? What would you have the FBI do? We discover in the middle of June of 2016 that the Russians were engaged in a massive effort to mess with this democracy to interfere in the election. We're focused on that and at the end of July we learn that a Trump campaign adviser -- two months earlier, before any of this was public -- had talked to a Russian representative about the fact that the Russians had dirt on Hillary Clinton and wanted to arrange to share it with the Trump campaign,” Comey said. 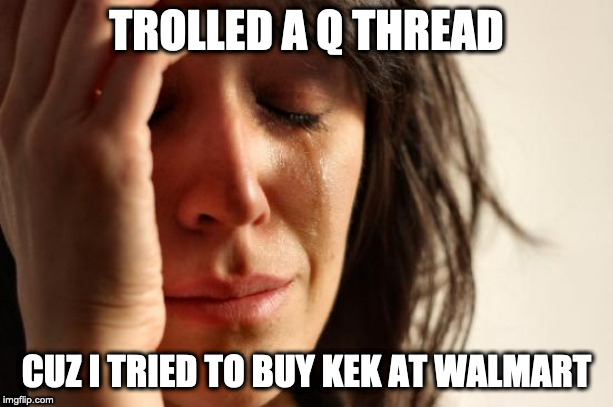