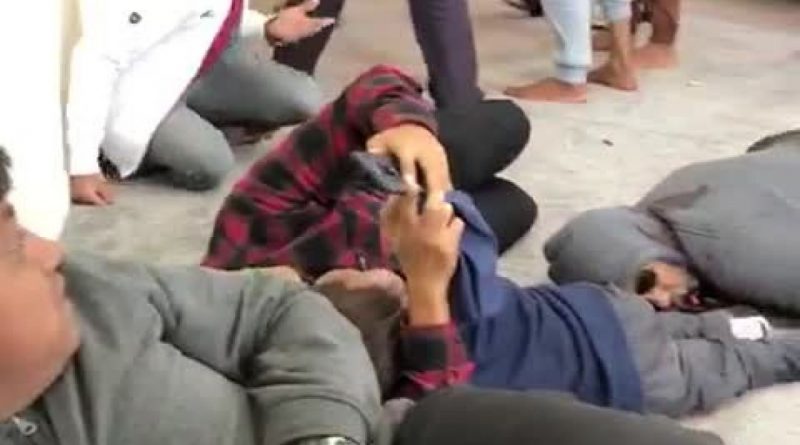 “Obstruction” could be set up bait from POTUS so these idiots will vote to begin impeachment proceedings and he can bring forth all his witnesses, evidence, NSA.,etc.,for discovery.

So if RM and RR can be grey or white hats is it possible JC is too and was in on his firing to make the sting believable to the cabal?

President appears to be toying with these dems.

comey’s strange behavior has made me wonder if he was in on it, too.

"Just makin' stuff up so you don't have to."

And the left is now conditioned to accept partisan innuendo as "evidence" of an impeachable offense. No valid information is available to those making assertions. No questions will be asked or answered - the Mockingbird media will simply expect the public to obey, believe and impeach. 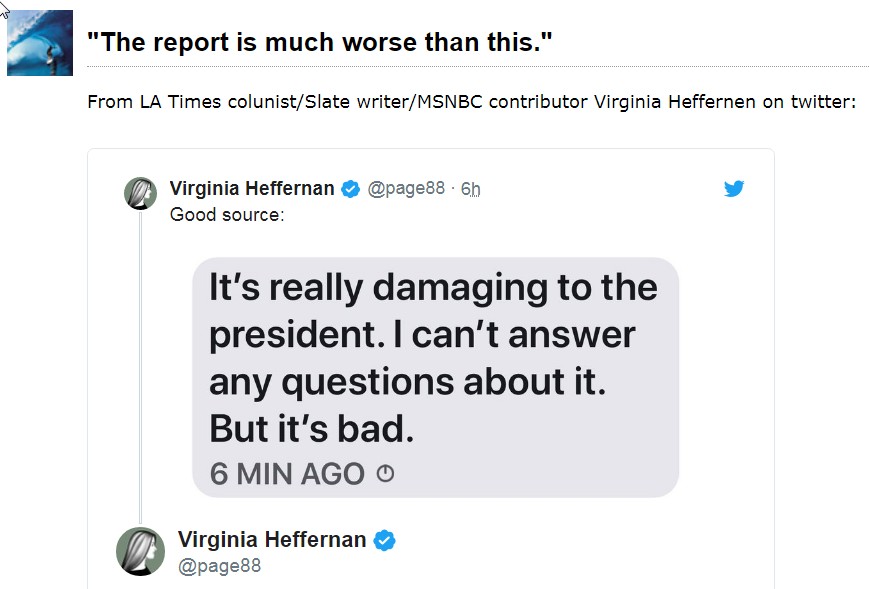 MADISON AND JEFFERSON, OR MARX AND ENGELS?

In America today, there are two warring concepts of government, one borne of the nation’s founding documents, and the other of “The Communist Manifesto.”

The one focuses on individual liberty, the other on income inequality.

The candor and success of these socialist calls would have been hard to imagine in an early day. Not because we were less developed, but because we were more educated. The United States embraced public education in order to prepare its children to be citizens in a Republic. The belief was that operating and sustaining a freedom-based government required a populace that understood its political philosophy and its superiority over other systems.

But the schools – from kindergarten to college – were long since infiltrated and adulterated by those whose priority is to prepare children to be members of a collective, not citizens of a Republic. And so the simple, eternal benefits of our freedom-based government have not been taught or understood. In fact, just the opposite has been done. Instead of preaching American truth, the pulpits and professors have been teaching Marxist oppression.

And that’s why approximate half of people under 35 say they want socialism. It’s why the Democrat presidential candidates are staking out the positions they are. It’s why a 29-year-old who was tending bar last year is the darling of the Democrats and the anathema of the Constitution.

And the future of the country depends on whether or not the American people understand the differences between the philosophies, and the importance of choosing individual liberty over government redistribution.

Freedom provides choice, and choice brings consequence, and in consequence is found a large measure of the disparity in the world. The only way to protect people from disparate consequence is to deny them personal choice, which is to enslave them. Government cannot protect you without enslaving you. It can’t take away the consequences of your freedom without taking away your freedom.

And when the government seeks to protect you from all ills, including income inequality, it does so at the expense of your liberty.

Is the resulting income inequality proof of societal oppression and economic injustice demanding governmental redistribution, or a result of individual choices which must be protected as a manifestation of individual liberty?

If individual liberty includes the right to own property, does the Marxist war against income inequality supersede that right and empower the government to confiscate that property? And when the government takes one person’s money to give to another person – at the point of a bayonet or under threat of criminal prosecution – that is a confiscation, and it is the denial of the individual right to control your own property.

The two philosophies are mutually exclusive. They are at irreconcilable cross purposes. You cannot advance the one without damaging the other.

And a decades-long slide into socialism has significantly damaged America’s historic commitment to individual freedom. And the recent surge in patently socialist politicians and policies has made that obvious and of great import.

And soon America will choose.

Whether to follow Madison and Jefferson, or Marx and Engels.

Whether to re-embrace a Republic in which individual liberty is enthroned, or to succumb to a collective in which entitlement is paramount.

Whether to rise to our better lights, or to decay into a tribal society of envy and resentment, covetousness and greed, the government becoming the master and divider of an ever-shrinking national prosperity.

While the germ of American genius – our proclamation that all mankind is equal, free and sovereign – is thrown in the gutter outside the welfare office.

I have seen no predictions about the stock market tomorrow. I say it could go up 500 points at least. People be celebrating!

Nancy Pelosi has set the precedent: “You have to impeach him to see what the charges are.”

No joke, THAT is their plan.

Unless he can time travel back and forth, that’s a possibility.....

fact check me, but iirc, I don’t think bubba was ever elected with a majority of the popular vote???

Was that you or did you find that somewhere?

It continually amazes me how appallingly stupid the left is.

Letting in Assange who will destroy Fat Hillary and the DS ...

Hoisted on their own petard.

Hillary got more of the popular vote in her losing election, than Bubba got winning his first.

1) The Republicans haven't got balls or a spine and

2) The Smelly Old Hag lost an election that she bought and paid for and didn't get it done, just like Slick Willy couldn't do her, she couldn't do us!!!

That is as blunt as I can get on here!!!

Sorry, not buying his analysis.

This one refereeing to Ryan rings particularly false:

A known RINO making decisions about what to include on shows, assures Dems it’s fair?

>>>>
Ryan is a known RINO according to us, but to the left he is a conservative. And I find it hard to believe that Ryan going to leave his RINO ways behind and tell the truth about the DS.

we’re just gunna stay out of your way, now

u are on a roll