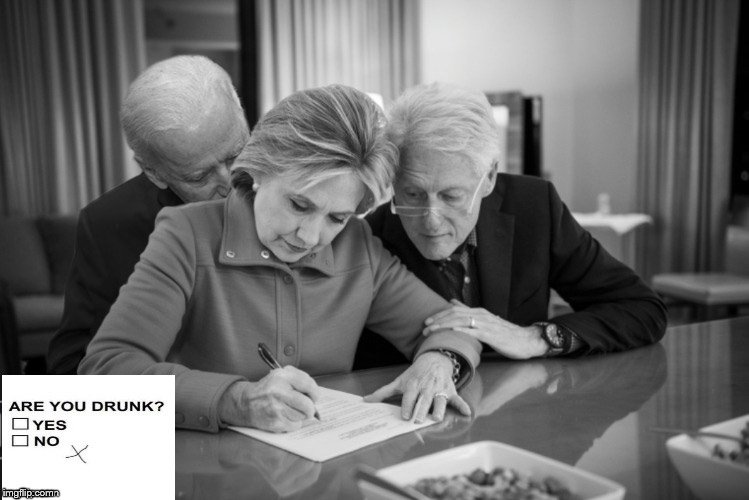 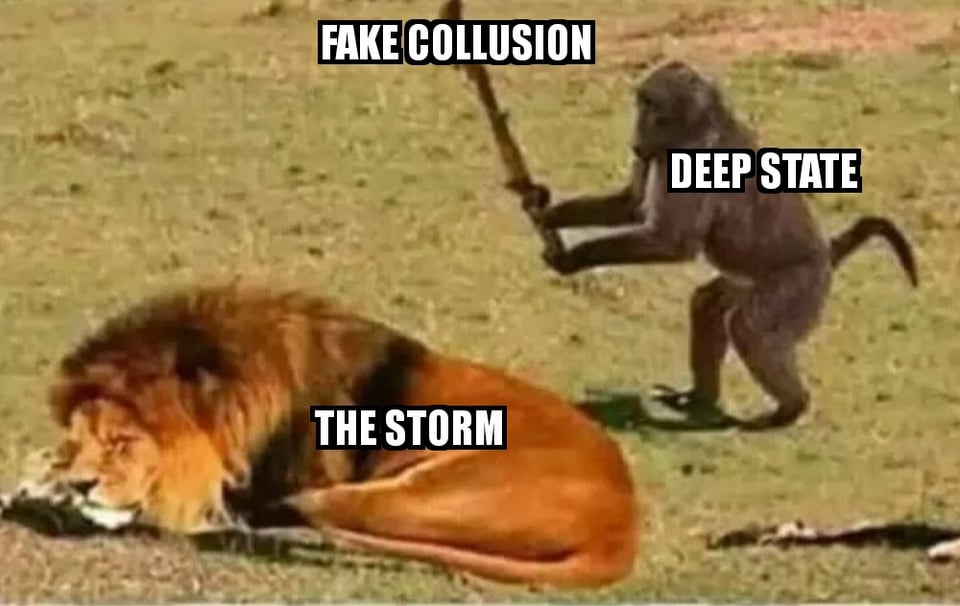 No, even though he had to trip over that evidence at every turn of this investigation.

A little outside of the Overton Window, doncha think?

Remember Gen. Flynn testified or was interviewed or whatever it was called, NINETEEN TIMES and the info was (trying to remember, paraphrasing) referred to other departments/agencies or some formal legal word.

Info about derp activities went to the places it needed to go to.

I certainly do now.

I was copying from a link posted by someone else, solely to make it clear that I didn’t consider this truthful and that it was totally unsourced. Not sure what Overton Window is, I forgot, but I’ll look it up. Oh, what is politically acceptable as public discourse.

Well, that really depends on which part of public, who is deciding, etcetc.

But as far as truthful, I do not accept it as being accurate or even believable. 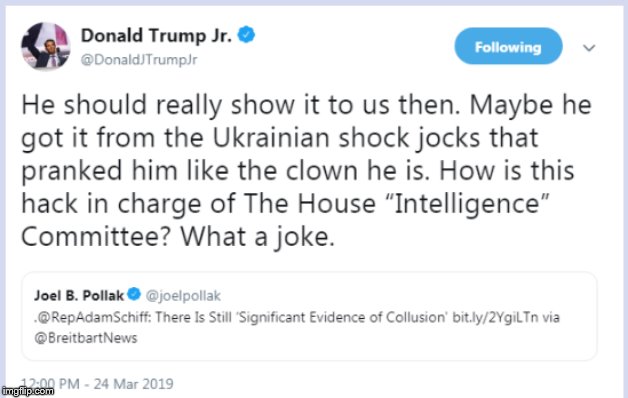 The international airline language used to be French, until circa 1972 (I think)

My husband was a FAA pilot examiner and flight instructor and he always told me that English was and still is the universal airline language until he died a few months ago. Complaints about pilots not having a full understanding of English has caused problems and lead to miscommunication. All his foreign students had to take their tests in English. He stopped teaching and giving exams in 1998.

“The End of the Collusion Delusion”
Trump beat Hillary fair and square.

Fair warning: as Trump prepares to go on offense, tweeting at me “Nah bro, this doesn’t mean anything, the DNC Media, Democrats, they won’t admit it, they’ll keep going after Trump!” means you still have NO CLUE what’s about to happen.

I’m wasting my time with you. Will block.
They *can’t stop* the declassification.

They *cant stop* Trump from going on full offense at last.

GTFO of here with “it doesn’t matter”.
You wanna keep from being blocked/muted, how about you actually READ MY COLUMNS.

Several people already tweeting ‘it just doesn’t matter!’ at me obviously failed to read this one:

Adam Schiff and the Democrats’ Desperate ‘Phantom of the Opera’ Gambit
Commentary What a difference a month makes. When acting Attorney General Matthew Whitaker surprised the media at a ...

While Schiff & Nadler and Schumer have to resort to wildly pointing at their empty clenched fists while pontificating about all the EVIDENCE they have on Trump, Trump’s people will be on offense at press conferences, in courtrooms, in official reports.

THE FRANTIC DESPERATE GAS LIGHTING OF THESE LOSERS WON’T WORK in the face of *evidence* that the AG, the DOJ IG and the US Attorneys will be presenting.

Schiff, Nadler, Cummings can wave those empty gaslighting fists around as wildly as they like.

I don’t wanna read how *scared* you are of SDNY or House investigations that are about to become an afterthought when Trump drops the MOAB.

ADDENDUM: You’ve watched Trump for over 2 yrs now. He *knows* how to brutally RIP a news cycle out of the DNC Media’s grasp and use it for his own purposes.

He *limited* himself to railing against his own AG’s & complaining about a witch hunt.

As always, most excellent! (Now I have to go look at the next Oracle!) When the hell do you sleep?

Yuuuge goings on in EU.

I almost think it will take a second vote to accomplish BREXIT.

The BREXIT forces seem to think they would win by a larger margin ... but of course it’s risky.

It’s almost like Q is suggesting the USA—or maybe (((WWG1WGA)))—can help with BREXIT. That would explain “MAYday.”

p.s. Sleep is for the weak.