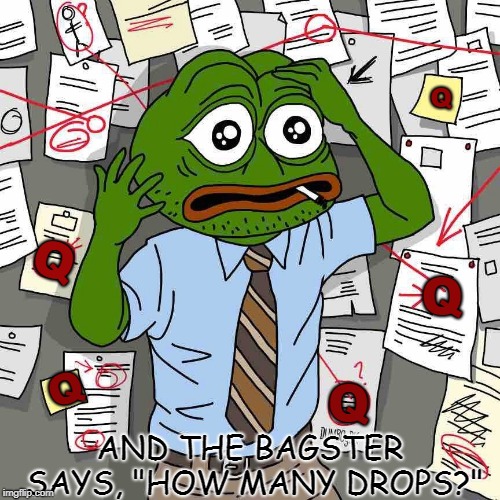 😉 I appreciate your cheer, but I haven't really seen it as a ball game as such - who wins? We have been seeking the truth in deep and dark matters and all sides have validity worthy of consideration. I respect those who theorized about a covert operation to involve the coup plotters in an investigation without their suspicions.

One reason that I could not accept that view is that I have known about the Clintooons for over 20 years, especially HRC; you cannot accuse her of spitting on the sidewalk without her sending out her vast team of flying monkeys to muddy the waters, generate clouds of doubt, flood the pool with misinformation. No way could I see an investigation into U1, for example, without hurricane force winds emanating from Clintonville.

Hopefully clear skies and halcyon days are emerging for us frustrated FreeQers. Hopefully now the slow gears of justice can begin to grind in the right direction. I don't suppose all miscreants will go to the Tower of London, but if their perfidy is adequately exposed and they are publicly indicted then so be it. We let Richard Nixon fade away for Whitewater - and Whitewater seems like Sunday school compared to this evil cabal!

Behind all this dark murky swamp of misdeeds is one figure: Hillary Rodham Clinton. The country has weathered one of its darkest days and threats to the Republic. By God's Grace may it continue to thrive!

The problem with that is that it would perfectly fit the deerpstate narrative.

or Twin Towers ? Anons added that as a notable last night....

I think you've got your scandals confused. "Whitewater" was HRC. WaterGATE was Nixon. There is also a speck of dandruff on your collar.

Maybe these 2 events originated separately but were to be meshed when plan really got going in a meaningful way.

Military campaigns strategize and attempt to conceive of every eventuality in order to accomplish the end goal.

So, possibly many more elements than those that been revealed to us/anons were also set in motion ... and the ones still in play are being brought to light so we can connect the dots.

I think the Trump recruitment/desire to run has been in place for a very long time. He plans ahead, that man does.

Someone besides NeonRevolt can write this book for future history classes and future readers.

My guess is they were watching him since at least 2010. Likely before.

Talk about A gut wrenching revelation. That one would have me reeving off a hundred feet of one inch hemp rope and looking for a lamp pole.

2935
Q
!!mG7VJxZNCI
3 Mar 2019 - 12:50:20 PM
https://www.foxnews.com/politics/nadler-announces-sweeping-document-requests-declares-trump-obstructed-justice#128193;
When the original ‘insurance’ policy expires [MUELLER] and you must attempt to ‘protect’ those in harms way by re_applying BLOCKADE + maintain leftist hatred & FAKE NEWS narrative you………..
Q

. Skimming the thread today, I wonder why no one has mentioned the Devin Nunes press conference.

” Nunes had met his source for the information one day earlier at the White House grounds, with a spokesman for Nunes saying this provided “a secure location” to view the material.

Although Nunes had characterized his intelligence sources as whistleblowers whose identities he had to protect, The New York Times reported that they were actually White House officials Ezra Cohen-Watnick and Michael Ellis, while The Washington Post reported that apart from Cohen-Watnick and Ellis, a third man, National Security Council lawyer John Eisenberg, was also involved.”

Q !!mG7VJxZNCI ID: ca665a No.5483635
Mar 3 2019 13:50:20 (EST)
https://www.foxnews.com/politics/nadler-announces-sweeping-document-requests-declares-trump-obstructed-justice
When the original ‘insurance’ policy expires [MUELLER] and you must attempt to ‘protect’ those in harms way by re_applying BLOCKADE + maintain leftist hatred & FAKE NEWS narrative you………..
Q

But when POTUS mentioned McKinley it made me wonder if McKinley was the first president assassinated by the Deep State...

You may know more about economics than you think.

One of the biggest issues of both the 1896 and 1900 Presidential elections (won by McKinley, assassinated 1901) was whether the USA should start minting silver coins in addition to gold.

The WIZARD OF OZ (Baum, 1900) was an allegory of this. Baum was in favor of SILVER. Dorothy's slippers were SILVER, not ruby (in the book).

Wm. Mckinley was was probably none other than the WIZARD.

Here is a summary of a scholarly article decoding all this stuff:

In 1900 L. Frank Baum published a children's tale, The Wonderful Wizard of Oz. In it, a little girl from the Midwest plains is transported by a tornado to the Land of Oz and accidentally kills the Wicked Witch of the East, setting the Munchkins free. Yearning to return home, she takes the witch's silver shoes (1) and follows the Yellow Brick Road to the Emerald City, in search of the Wizard who will help her. She and the companions she meets on her way ultimately discover that the wizard is a sham, and that the silver shoes alone could have returned her to Aunt Em. Littlefield (1964) and Rockoff (1990) have decoded Baum's tale as an allegory on the monetary politics of late nineteenth century America. The silver shoes are the silver standard, the witch of the East represents the "monied interest" of the East Coast, the scarecrow and the tin man are the farmers and workers of the Midwest, while the cowardly lion is their unsuccessful champion, William Jennings Bryan. The yellow brick road is the gold standard, whose fallacy is exposed by Dorothy's triumphant return home borne by the silver shoes.

WE NOW RETURN CONTROL OF YOUR TV SET TO Q.

(in bridge, whist, and similar card games) a playing card of the suit chosen to rank above the others, which can win a trick where a card of a different suit has been led.

a valuable resource that may be used, especially as a surprise, in order to gain an advantage.

If I repost memes, apologies. I send out so many I can't remember if I already posted/sent them, or if I am sending ones back to original poster.

Nevertheless, memes make me giggle and laughter is good for the soul. 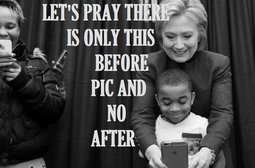 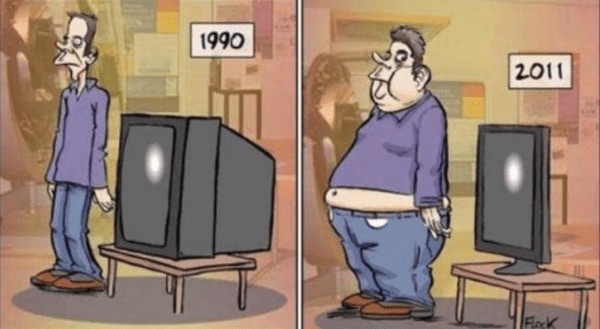 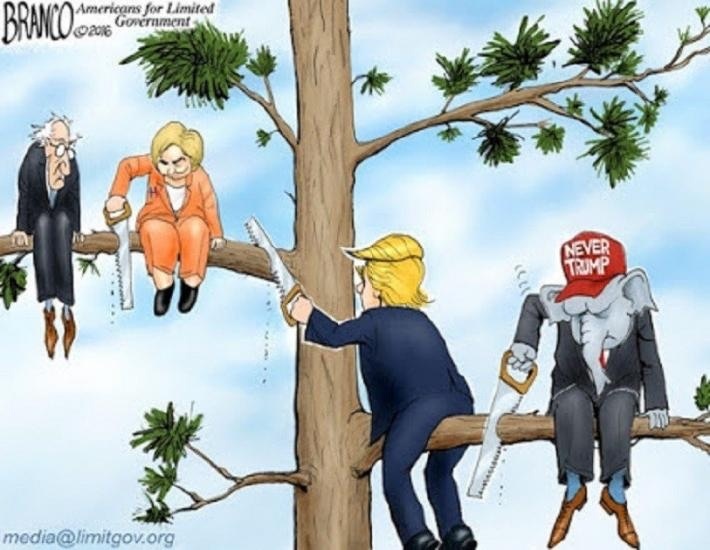 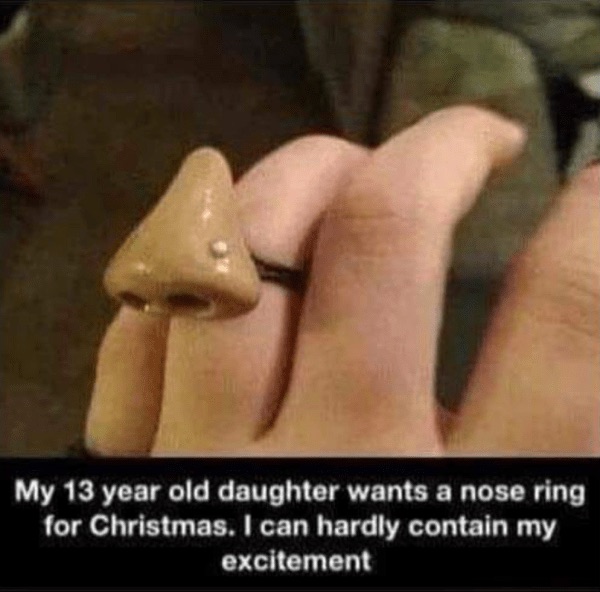 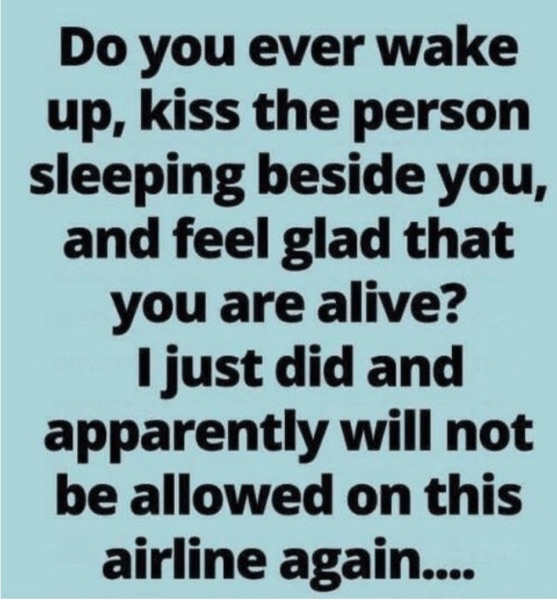 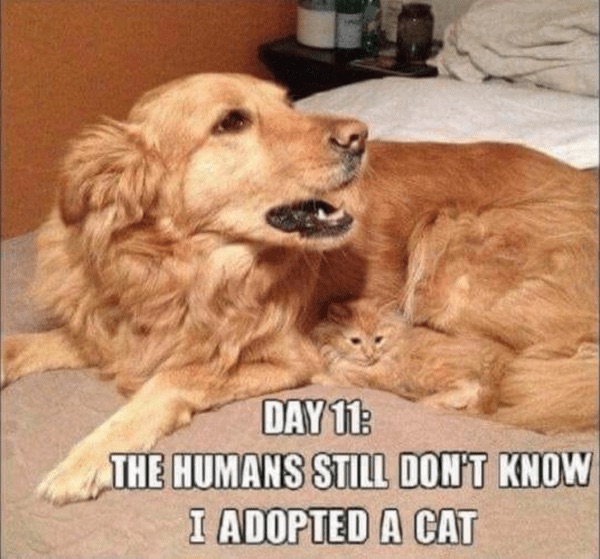