Looking at a whole lot of White Privilege there.

LOL you’re really saying that with the Slimes?

She was told she wouldn’t have the use of Air Force planes, then tried to go commercial. I’m guessing that cell picture was after Thursday.

Also ties in RBG, Comey, Schumer and other tweets.

This makes me wonder if this had something to do with why he kept telling Nancy and Chuck that he was in the WH, waiting for them to come to a meeting. Trap?

Donald J. Trump
‏Verified account @realDonaldTrump
Jan 12
We have a massive Humanitarian Crisis at our Southern Border. We will be out for a long time unless the Democrats come back from their “vacations” and get back to work. I am in the White House ready to sign! 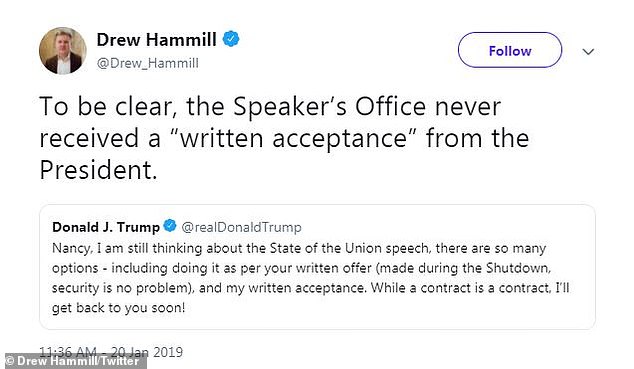 (you can bookmark the link for future reference, even if you’re not signed on to twitter)

Or something capitalistic. I'm estimating the air traffic controllers cost about $50M/two-week pay period. How about if the major airlines front the money to keep the game afloat?

Catching up after church. Thought of this...

Members of congress would be STUCK wherever they are and would have to take surface transport “back home”.

Easier to round them up?

Scroll down from the Video and there is a tweet from a student explaining exactly what happened. It’s Frame UP of the students according to him. I believe the Video matches well with the student’s explanation. 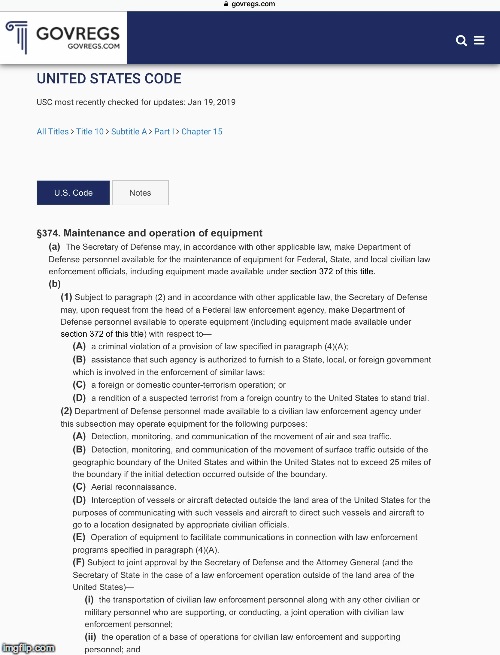 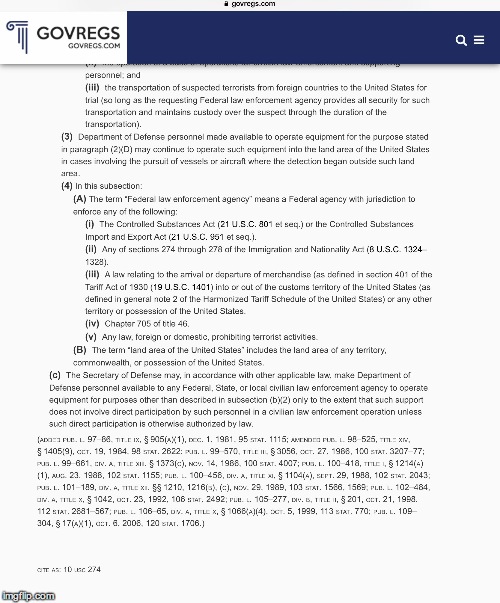 Re: “LOL you’re really saying that with the Slimes?”

No, I don’t trust the New York Times, but I prefer to make my posts with links to sources.

I do think that the Times has resources to report on basic information such as the planned departure point of the trip being Joint Base Andrews, and that Pelosi was still located in her office on Capitol Hill when the trip was cancelled.

I have seen some confusion here about her whereabouts on that day (on the bus, or not), and even some claims here and elsewhere that she was already at the “airport” when the president acted.

There are no coincidences.

977 posted on 01/20/2019 10:58:26 AM PST by TheTexasMom (Q is my homie)
[ Post Reply | Private Reply | To 911 | View Replies]
To: greeneyes
Recall that press seemed to dispute that POTUS was there due to no Marine standing outside the oval office door, and so POTUS responded about all alone except for the men with the guns outside.

Yes! I remember that now.

Wasn't it true that Melania and Baron had gone to Florida? Perhaps for safety.

1) Mule bucking BuzzFeed FakeNews - media cannot be certain what, exactly + specifically, was at all wrong with BuzzFeed report. Apparently there was a slight discrepancy in their reporting that the Mule took issue with and, if only they’d explain further, then we’d know which / what aspects of BuzzFeed FakeNews is FAKE, then we would know, but until then BuzzFeed has proven totally accurate over time so we can now only assume all of their prior reporting as well as all the rest of mockingbird reports that have come forth over the past 2-1/2 years are now certainly true because the Mule never disputed anything that’s been said about his op before. Oh and Matthew Dowd is such a twit!

2) CBS has an interesting choice of guests and narratives for Slay the Nation:

Yeah, that guy. What a sleazeball! The slime oozes ...

Anyway he was there to puke on the idea of leaving from Syria and then transitioned to ... IRAN with Jason Rezaian to pitch his new book “Prisoner”.

McGurk then links Syria to the Iran deal: “It’s the kind of hard diplomacy you have to do”

CBS InfoBabe asks about the $1.7 - $1.8 billion, “planeloads of cash” - McGurk says, “there is so much nonsense going on about this”, “lawyers that did that transaction” - refers to Hague, “we had to pay Iran”, “we had to give them that money”.

ME: WTH? Was this intended? Why are we talking about the $1.7/1.8B to Iran? Not that it’s something that shouldn’t be discussed but why NOW? Was this exchange intended or inadvertent? CBS InfoBabe then commented this was the first time she thought they’d gotten the top hostage negotiator together with one of the hostages.

It wasn’t NBC but the more you know ;)