'Charlie' - the Viking Beardie.
He's 60 lbs of the most intense badness this side of Hell!! (trust me!) 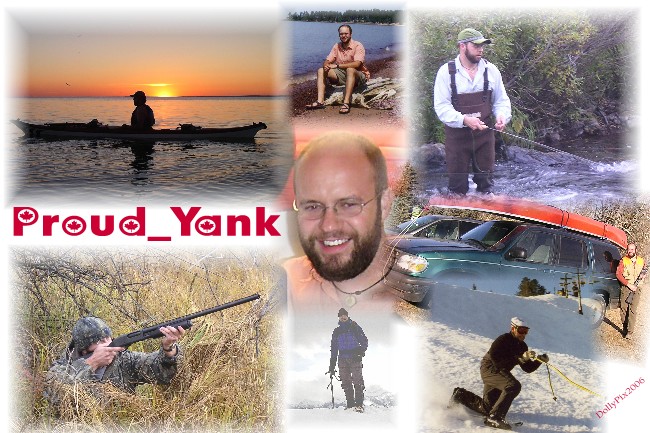 *Thanks DollyCali for the awesome collage!

Socialism, not capitalism, kills. People in 'poor countries' are most often poor by their own hands. Liberal and socialist economic policies crush opportunity for people to support themselves. These people are NOT poor because we live so well.
Socialized healthcare works? Thats news to me.
But, the beauty of universal healthcare is that everybody is covered!!

Wake up Bozo! Not everyone chooses to pay for healthcare, and in a free country, why should they be forced to?

Why is healthcare in the US so much more expensive???

But what about the poor? They are in fact covered:
US Hospitals will turn people away and let them die if they don't have insurance.


I would say that I have always been fairly conservative, though I did have a brief stint of liberalism (Hey, I'm honest about it). Following September 11, I paid more attention to 'what was going on in the world', and gave too much credibility to the main-stream press.

I came to Canada for grad school, and well, my 'stint' was quickly resolved. Liberal and socialist policies are far too expensive, do not work, and put 'the poor' (you know, the ones that liberals love to 'help) at a huge economic disadvantage. Checking the 'facts' that the press reports on also helps - Thank God for FreeRepublic!!

When, or should I say IF I am ever done with school, I would like to move to Alaska and enjoy what it has to offer. If you have any engineering-related contacts there, please send me a FReepmail!!

Though I am very active outdoors, and at times may look like a bearded hippy, know that I do not tolerate, in any way, shape or form, PETA, GreenPeace, ELF, ALF, or any hypocritical group that uses their 'cause' to push a socialist agenda. However, as one who is active outdoors, I do support environmental conservation, and I believe that conservation is a conservative value. Hey, I don't want my playground ruined and costly clean-ups are NOT good for the economy!

Photos of things I enjoy.....(click on smaller images)

The Quincy Smelter Today. This is the same plant shown in my 'stomping ground' image.


When I take action, I'm not going to fire a $2 million missile at a $10 empty tent and hit a camel in the butt. It's going to be decisive. --George W. Bush

I prefer to say: 'When I asked many questions, I was a liberal , but I became more conservative when I took it upon myself to discover the answers'

'Take your body where your mind wants to go!' -me

'Socialism in general has a record of failure so blatant that only an intellectual could ignore or evade it.' - Thomas Sowell

'The assumption that spending more of the taxpayer's money will make things better has survived all kinds of evidence that it has made things worse. The black family -- which survived slavery, discrimination, poverty, wars and depressions -- began to come apart as the federal government moved in with its well-financed programs to 'help.'' - Thomas Sowell

'Once something has been approved by the government, its no longer immoral!' -Reverend Lovejoy (The Simpsons)


Enjoyable quotes & taglines I have read on FreeRepublic (If I missed your name, FReepmail me and I'll add it to your quote!)...


You can evade reality as much as you like, but you can not evade the consequences of evading reality. -vikingd00d

If a Liberal said something, and there was no one around to hear. Would it still be stupid? -uglybiker

'This reform stuff is crap. Literally. Reforming a turd just gives you a different shaped turd' -adam_az (Referring to the UN)

"If you aren't part of the solution, there is good money to be made prolonging the problem"


"My common ground with terrorists: they want to die for Islam, and we want to kill them!"

'Democrats are guilty of whatever they scream the loudest about.' -Fresh Wind

Peace at all cost makes for tyranny free of charge - Smith288