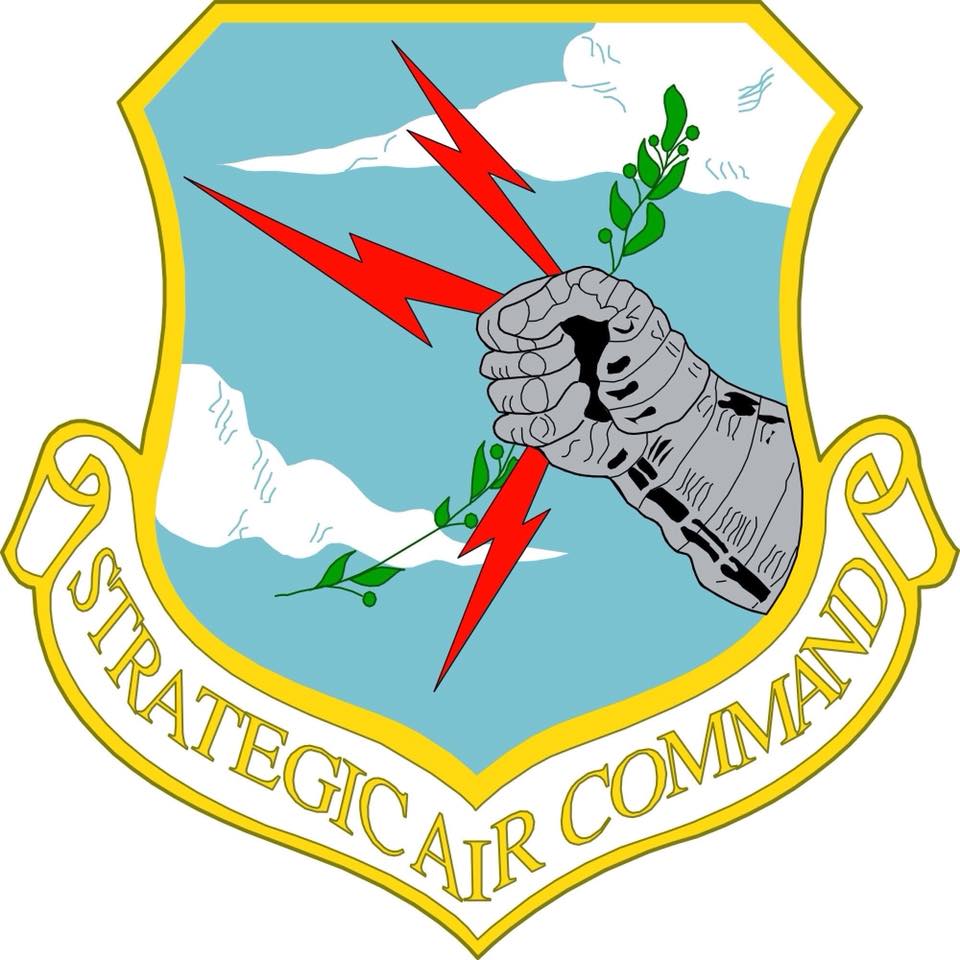 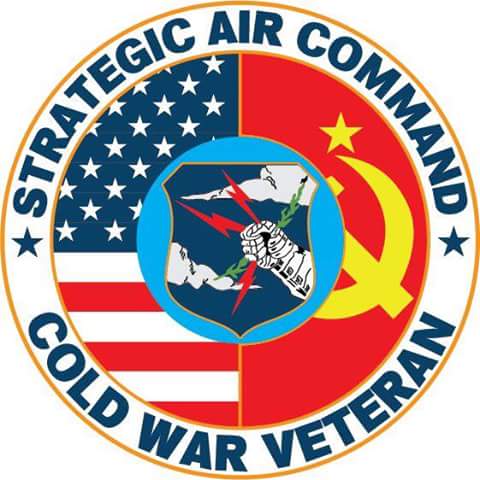 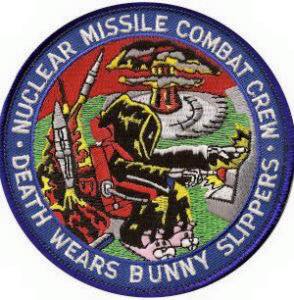 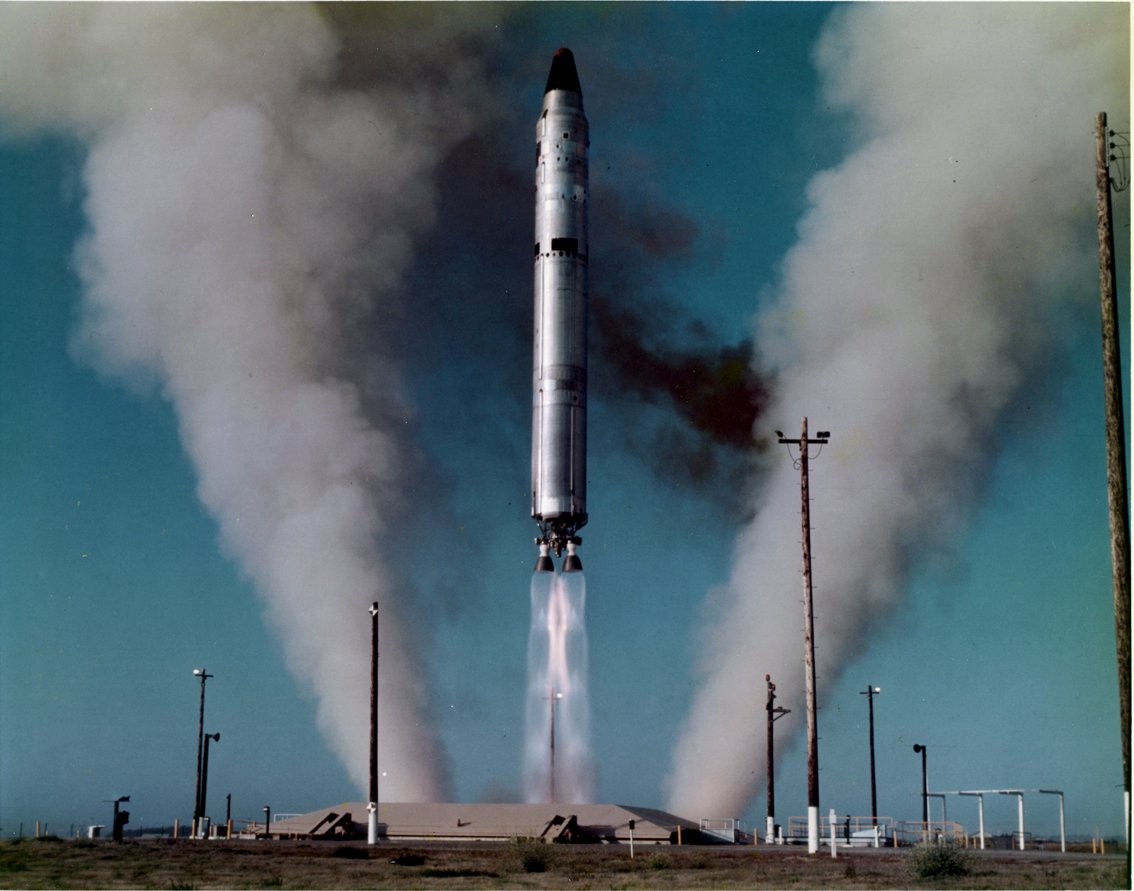 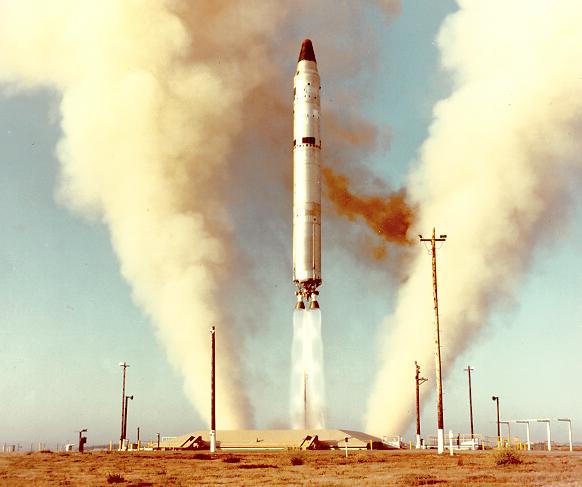 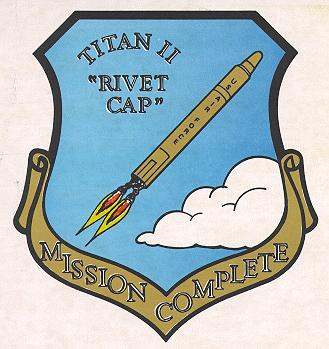 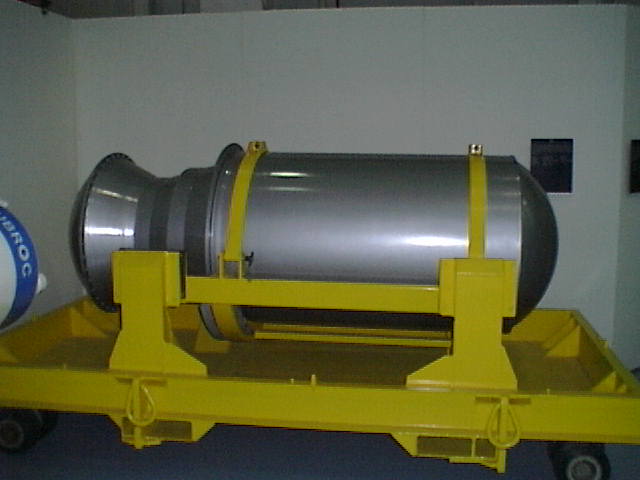 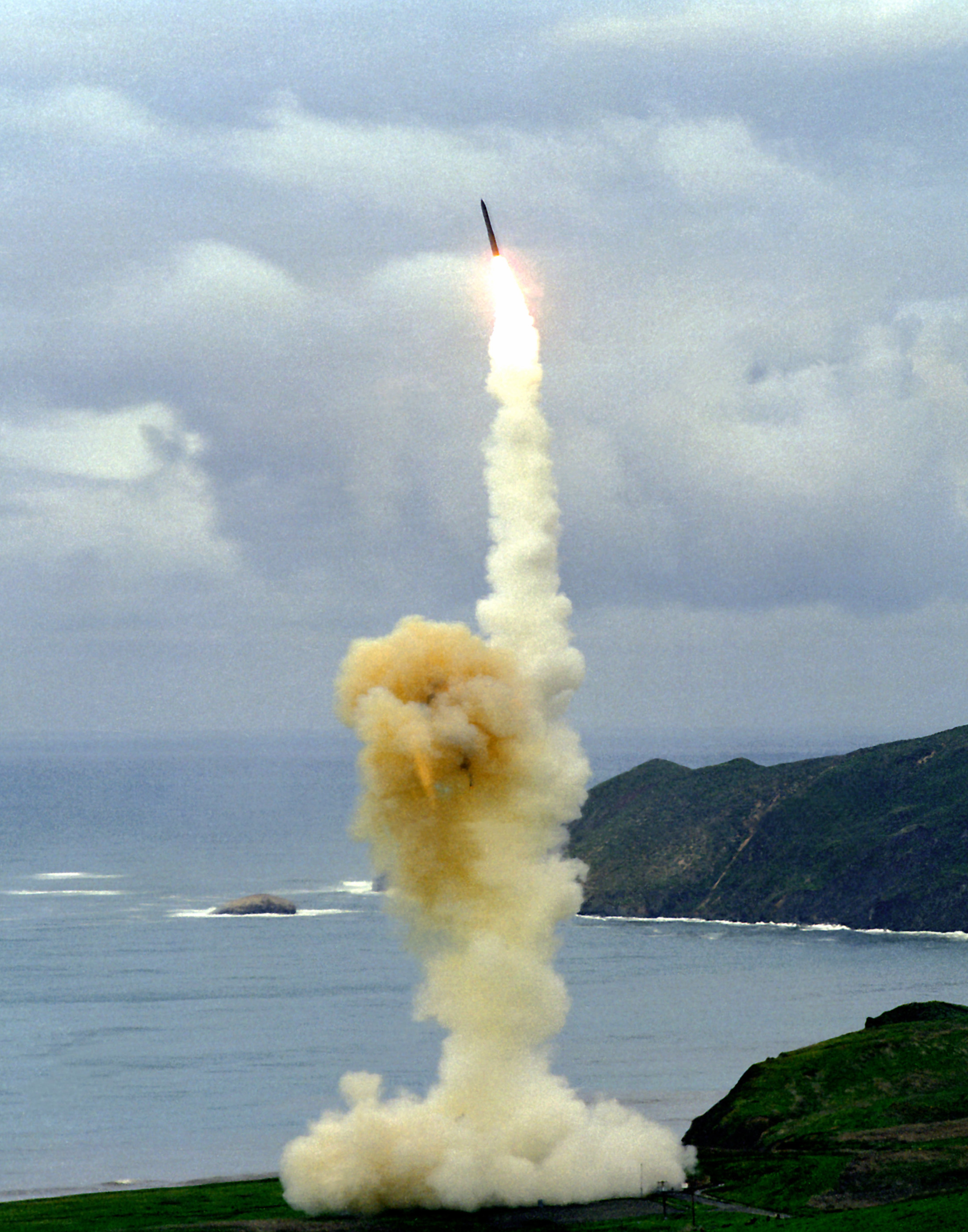 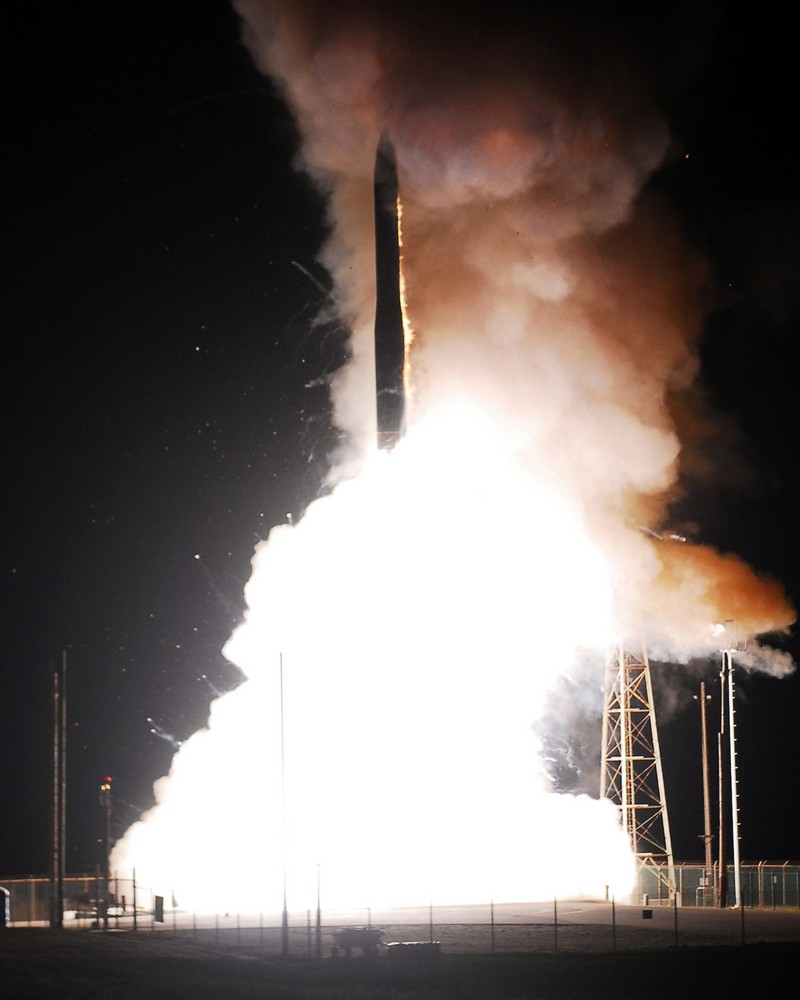 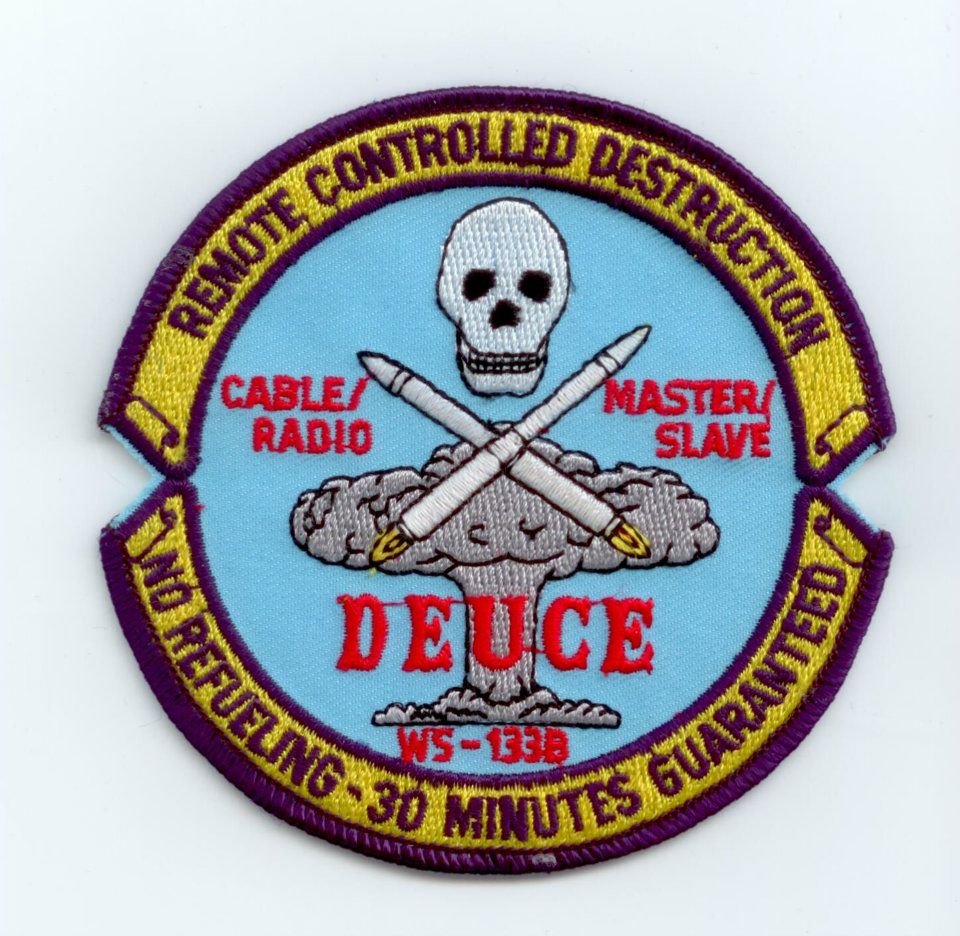 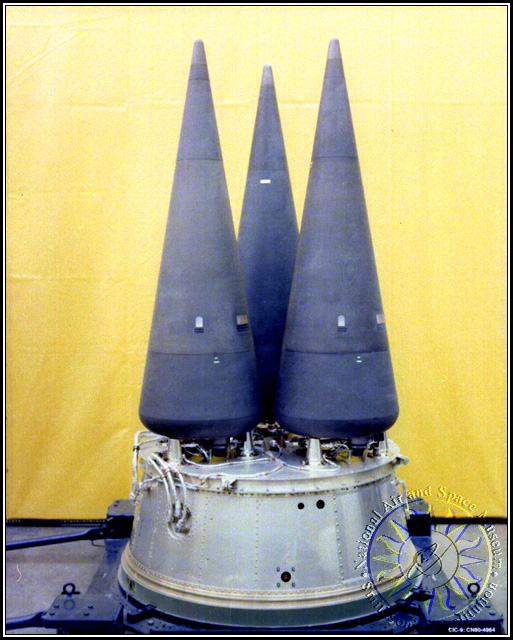 MISSILEER
By Captain A. Wyckoff

In vacant corners of our land, off rutted gravel trails,
There is a watchful breed of men, who see that peace prevails.

For them there are no waving flags, no blare of martial tune,
There is no romance in their job, no glory at high noon.

In an oft' repeated ritual, they casually hang their locks,
Where the wages of man's love and hate, are restrained in a small red box.
In a world of flick'ring colored lights, and endless robot din,
The missile crews will talk awhile, but soon will turn within.

To a flash of light or other worldly tone, conditioned acts respond.
Behind each move, unspoken thoughts, of the bombs that lie beyond.
They live with patient waiting, with tactics, minds infused,
And the quiet murmur of the heart, that hopes it's never used.

They feel the living throb, of the mindless tool they run,
They hear the constant whir, of a world that knows no sun.
Here light is ever present, no moon's nocturnal sway.
The clock's unnatural beat, belies not night or day.

Behind a concrete door slammed shut, no starlit skies of night,
No sun-bleached clouds in azure sky, in which to dance in flight.
But certain as the rising sun, these tacit warriors seldom see,
They're ever grimly ready, for someone has to be.

Beneath it all they're common men, who eat and sleep and dream,
But between them is a common bond, of knowledge they're a team.
A group of men who love their land, who serve it long and well,
Who stand their thankless vigil, on the brink of man-made hell.

In boredom fluxed with stress, encapsuled they reside,
They do their job without complaint, of pleasures oft' denied.
For duty, honor, country, and a matter of self-pride. 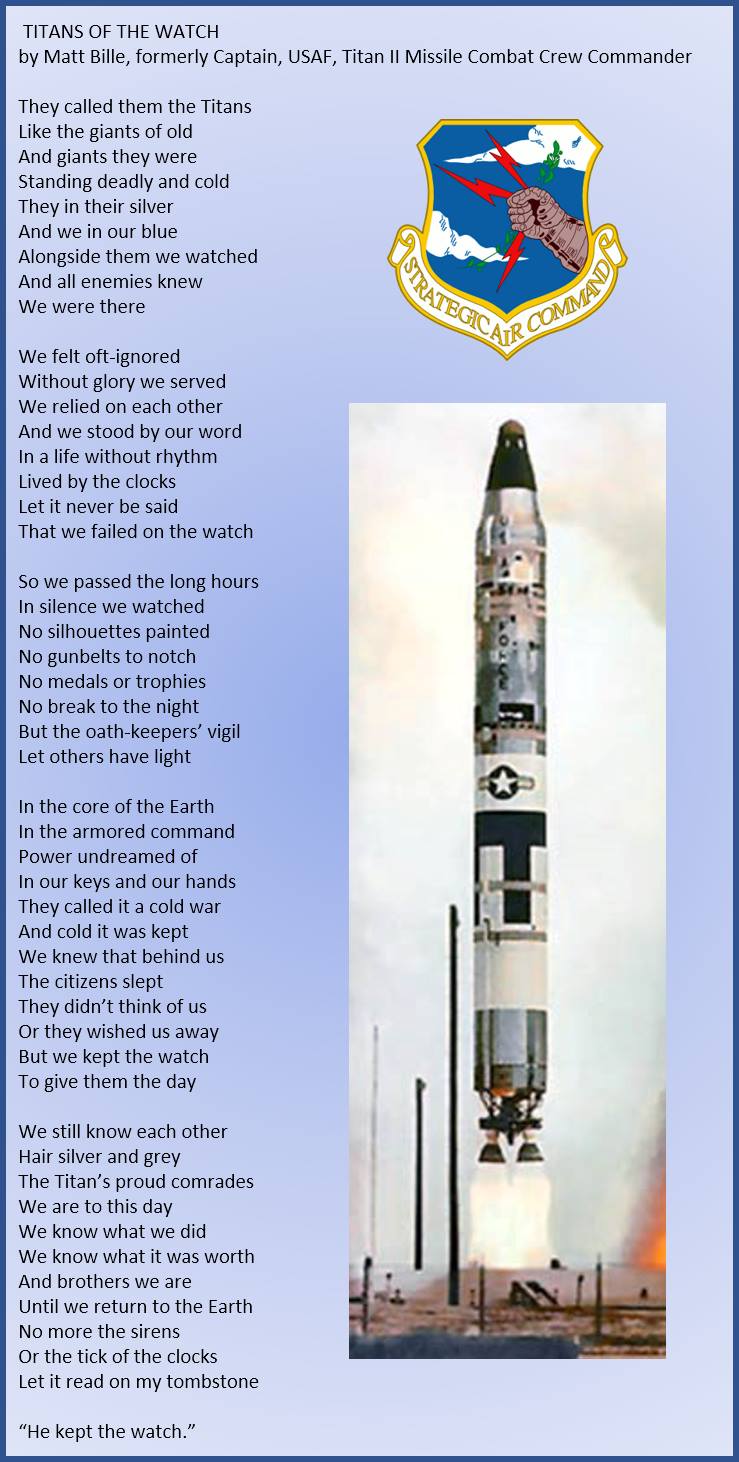 With all the things in life I had prepared myself to do,
The moments left of great surprise I thought were very few.
And yet one summer afternoon, at home of all the places --
I found myself surrounded by a group of eager faces.

Their foreman was my grandson, who was barely more than ten,
Amid a pack of other boys now crowded in my den.
"We have to do a group report," he said with voice enthused.
"but we don't know which one is right, we're all a bit confused.
We thought they were a football team, but then we found a moon,
and then some stuff from ancient Greece; we gotta know real soon."

"Slow down," I said amid the rush, the thread to long to follow;
it seemed to me a giant leap from football to Apollo.
"Just take a breath and tell me what it is you need to know,
and I will give you any knowledge that I can bestow."
They took a breath and I could see their little faces brighten.
"Well, Grandma said that you would tell us all about the Titans."

"Oh she did," I mused, a grin most wry now forming on my lip,
the smell of cookies in the air, most likely chocolate chip.
Well gather round, and so I leaned, my voice now free of mirth,
and I will tell you of the time when Titans walked the earth.

"It all began in time of war," I said, my tone ablaze.
The boys fell deathly silent, not an eye turned from my gaze.
"Twice it was already that the whole world shook with fear
and felt the tremble in the ground as enemies drew near."

"But all too soon it seemed that once again the bombs would fall.
The third was sure to be the final ending of us all.
In back yards there were shelters rather than a swimming pool
and on a siren children hid beneath their desk at school.
They lived in fear that any day would bring an end most dire;
a day when cities vanished in a ball of roaring fire.

And that was when the Titans came from in their caves of stone,
from deep beneath the earth their doors slid opened with a groan.
Their swords as tall as buildings they could split a mountain sunder.
and when they growled their anger shook the ground like bolts of thunder.

The Titans rose and showed themselves for all the world to know,
Emblazoned on their mighty shields the number three-nine-oh.
And with a voice as loud and clear as trumpets made of brass.
They carved a line across the earth and snarled, 'You shall not pass.'

And then it was our enemies who trembled at the sight;
they placed their swords upon the ground and backed away in fright.
For now they faced a guardian no army could resist,
and no one wish to be the first to feel the Titan's fist.

The Titans stood their silent watch as one by one our foes
withdrew their tanks, their airplanes and their soldiers lined in rows.
And only when the last was gone and they were left alone,
did Titans once again return to fortresses of stone.

My grandson was the first to speak and break the silent scene.
But what if they come back, he said, our enemies, I mean.
What if they decide to bring the fight to our home town
and come with bombs and guns and stuff when Titan's aren't around?

I smiled and said "Don't worry son, that isn't gonna happen."
The Titans aren't really gone; they're just nearby and nappin'.
And should the need arise to wake the Titans from their slumber,
They left behind some special guys who always have their number.
So rolling up my sleeve I leaned amid the boys to show,
The letters proudly inked in black, the number three-nine-oh.