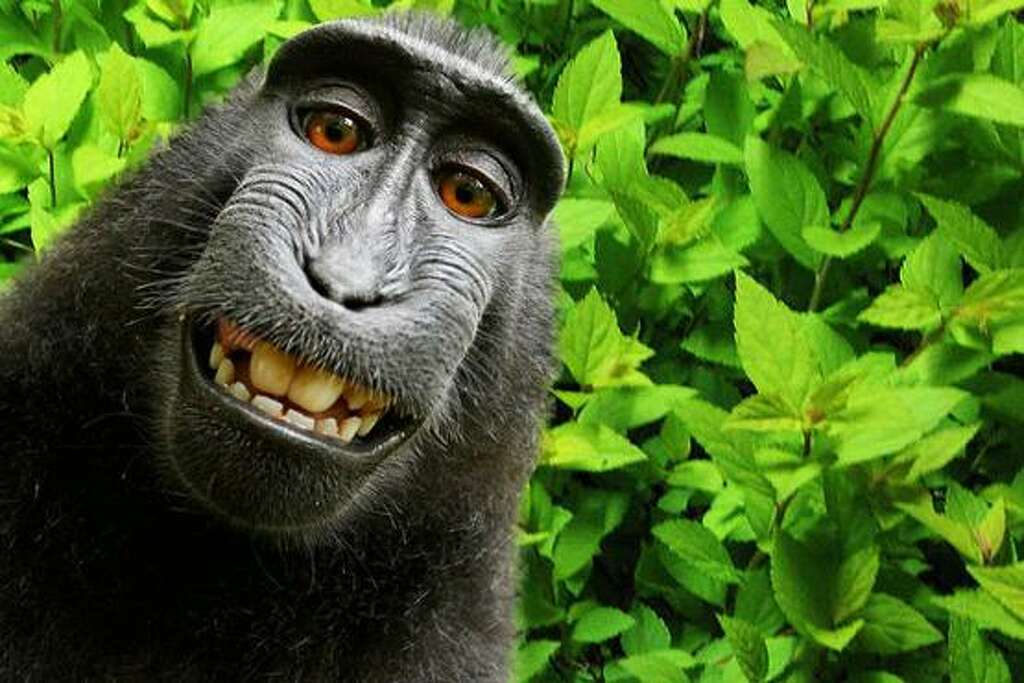 My screen-name namesake: Edward Fuller was married in England sometime before 1605. His wifes name is not known.[1][4]Edward had a brother named Samuel, and a son named Samuel. Edward's children were born in England: Matthew Fuller was born c.1605 and died in 1678 in Barnstable Massachusetts USA. He married Frances Hyde about 1630 and had five children. He came to Plymouth Colony almost twenty years after his parents and brother Samuel, arriving before October 26, 1640. He lived first in Plymouth, moving to Barnstable after 1648. He was a doctor, a militia lieutenant, and a colony leader. In 1671 Capt. Matthew Fuller was added to the Council of War.[4][14]

Matthews father Edward, and his brother Samuel were signers of the Mayflower Compact. Matthew arrived in the colony later.

My real name is not Matthew Fuller.

My No Touch, No Talk, No Eye Contact Quarantine Pen:

"There are only two sides to this question. Every man must be for the United States or against it. There can be no neutrals in this war; only patriots and traitors" (Stephen Douglas).

The Democrat Party of today is truly traitorous. These people mean to destroy America as founded and remake it into their perverted version of an authoritarian, statist nightmare.

When I die, I want to die like my grandfather who died peacefully in his sleep. Not screaming like all the passengers in his car. - Will Rogers

I will stand with the muslims should the political winds shift in an ugly direction. quote from page 261 of The Audacity of Hope by Americas first (and hopefully last) moslem POTUS Barrack Hussein Obama.

I am besieged, by a thousand or more of the Mexicans under Santa Anna - I have sustained a continual Bombardment & cannonade for 24 hours & have not lost a man - The enemy has demanded a surrender at discretion, otherwise, the garrison are to be put to the sword, if the fort is taken - I have answered the demand with a cannon shot, & our flag still waves proudly from the walls - I shall never surrender or retreat. Then, I call on you in the name of Liberty, of patriotism & everything dear to the American character, to come to our aid, with all dispatch - The enemy is receiving reinforcements daily & will no doubt increase to three or four thousand in four or five days. If this call is neglected, I am determined to sustain myself as long as possible & die like a soldier who never forgets what is due to his own honor & that of his country - Victory or Death.

Quote of the decade: It can only be by blinding the understanding of man, and making him believe that government is some wonderful mysterious thing, that excessive revenues are obtained. Monarchy is well calculated to ensure this end. It is the popery of government; a thing kept up to amuse the ignorant, and quiet them into taxes. -Thomas Paine

We have before us an ordeal of the most grievous kind. We have before us many, many long months of struggle and of suffering. You ask, what is our policy? I will say: It is to wage war, by sea, land and air, with all our might and with all the strength that God can give us; to wage war against a monstrous tyranny, never surpassed in the dark and lamentable catalogue of human crime. That is our policy. You ask, what is our aim? I can answer in one word: victory; victory at all costs, victory in spite of all terror, victory, however long and hard the road may be; for without victory, there is no survival. Let that be realized; no survival for the British Empire, no survival for all that the British Empire has stood for, no survival for the urge and impulse of the ages, that mankind will move forward towards its goal. But I take up my task with buoyancy and hope. I feel sure that our cause will not be suffered to fail among men. At this time I feel entitled to claim the aid of all, and I say, "Come then, let us go forward together with our united strength."

Peace is that brief glorious moment in history when everyone stands around reloading. Thomas Jefferson

"Our president is an enemy of our Constitution, and, as such, he is a danger to our safety, our security and our personal freedoms." Tom Tancredo, Washington Times, July 22, 2010 A.D.

"Still, if you will not fight for the right when you can easily win without bloodshed; if you will not fight when your victory will be sure and not too costly; you may come to the moment when you will have to fight with all the odds against you and only a precarious chance of survival. There may even be a worse case. You may have to fight when there is no hope of victory, because it is better to perish than live as slaves." Sir Winston S. Churchill

"Brothers-What we do in life echoes in eternity." Maximus Decimus Meridius (Russell Crowe), in the film "Gladiator"

You and I have a rendezvous with destiny. We will preserve for our children this, the last best hope of man on earth, or we will sentence them to take the first step into a thousand years of darkness. If we fail, at least let our children and our children's children say of us we justified our brief moment here. We did all that could be done. - Ronald Reagan

All great things are simple, and many can be expressed in single words: freedom, justice, honor, duty, mercy, hope. Sir Winston Churchill

June 6, 1944 is the Anniversary of D-Day. On that day, Allied soldiers stormed onto the French coast to begin the liberation of Europe, then still firmly in Hitlers grip. It was a bitter struggle for those first units, and by the end of the day, 4,900 soldiers had given their lives. Across the US, people fell to their knees in prayer; churches, synagogues were packed; the Liberty Bell was sounded; and people openly wept. It was a day of millions of prayers for the welfare of our troops and the success of the mission. That night, President Roosevelt went on radio to lead the Nation in prayer:

Our sons, pride of our Nation,

This day have set upon a mighty endeavor;

a struggle to preserve our republic, our religion,

and to set free a suffering humanity . . .

They fight to end conquest

They yearn but for the end of battle,

for their return to the haven of home.

Success may not come with rushing speed,

but we shall return again and again;

and we know by Thy grace, and the righteousness

of our cause, our sons will triumph.

Thy will be done, Almighty God, Amen.

In his book Slavery, Terrorism, and Islam, Peter Hammond wrote a detailed analysis on the proportion of Muslims to the overall population and increased violence and adherence to Sharia law. Hammonds research reads like a roadmap to ruin; a horrifying picture of the future of civilization. To summarize an oft-quoted section:

When the Muslim population remains at or under 2%, their presence tends to fly low under the radar. In the 2%  5% range, Muslims begin to seek converts, targeting those they see as disaffected, such as criminals. When the population reaches 5% they exert influence disproportionate to their numbers, becoming more aggressive and pushing for Sharia law. When the population hits the 10% mark Muslims become increasingly lawless and violent. Once the population reaches 20%, there is an increase in rioting, murder, jihad militias, and destruction of non-Muslim places of worship. At 40%, there are widespread massacres, chronic terror attacks, and ongoing militia warfare. Once beyond 50%, infidels and apostates are persecuted, genocide occurs, and Sharia law is implemented. After 80%, intimidation is a daily part of life along with violent jihad and some state-run genocide as the nation purges all infidels. Once the nation has rid itself of all non-Muslims, the presumption is that Dar-es-Salaam has been attained  the Islamic House of Peace.

https://www.freerepublic.com/focus/f-chat/3817541/posts A sobering reminder email | 02/18/2020 | unknown Posted on 2/18/2020, 3:18:42 PM by sodpoodle Almost exactly sixty years ago since Russias Khrushchev delivered his message to the UN;  prediction for America. TV coverage of him banging his shoe on the podium. At that time, the word communism was feared throughout our nation .Do you remember September 29, 1959? Now here is some food for thought if it does not make us choke! Do you remember September 29, 1959? THIS WAS HIS ENTIRE QUOTE: "Your children's children will live under communism, You Americans are so gullible. No, you won't accept communism outright; but we will keep feeding you small doses of socialism until you will finally wake up and find you already have Communism. We will not have to fight you; We will so weaken your economy, until you will fall like overripe fruit into our hands." "The democracy will cease to exist when you take away from those who are willing to work and give to those who would not." Remember, socialism leads to communism. So, how do you create a Socialistic State ? There are 8 levels of control; read the following recipe. 1) Healthcare - Control healthcare and you control the people. 2) Poverty - Increase the poverty level as high as possible, poor people are easier to control and will not fight back if you are providing everything for them. 3) Debt - Increase the debt to an unsustainable level. That way you are able to increase taxes, and this will produce more poverty. 4) Gun Control - Remove the ability to defend themselves from the Government That way you are able to create a police state. 5) Welfare - Take control of every aspect (food, housing, income) of their lives because that will make them fully dependent on the government. 6) Education - Take control of what people read and listen to and take control of what children learn in school. 7) Religion - Remove the belief in God from the Government and schools because the people need to believe in ONLY the government knowing what is best for the people. 8) Class Warfare - Divide the people into the wealthy and the poor. Eliminate the middle class. This will cause more discontent and it will be easier to tax the wealthy with the support of the poor >KEEPERS

Timely message from a recovering Democrat-

A Three Part Article on the deliberate destruction of the USA:

There are 44,498,750 reasons that democrat concern for dead children is so totally hypocritical.

URL of info from ProtectOurFreedom on HTML for creating Small url to replace long URL-https://freerepublic.com/focus/f-bloggers/3951783/posts?page=10#10