Galatians 6:14
But God forbid that I should glory except in the cross of our Lord Jesus Christ. 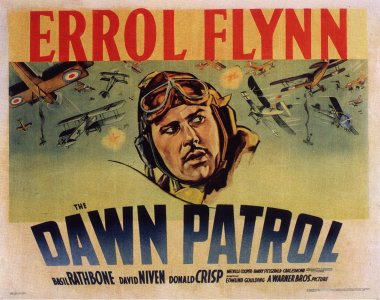 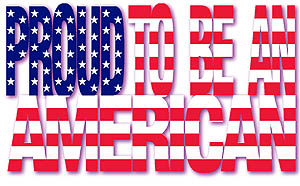 "When I began entering into the give and take of legislative bargaining in Sacramento, a lot of the most radical conservatives who had supported me during the election didn't like it. "Compromise" was a dirty word to them and they wouldn't face the fact that we couldn't get all of what we wanted today. They wanted all or nothing and they wanted it all at once. If you don't get it all, some said, don't take anything. "I'd learned while negotiating union contracts that you seldom got everything you asked for. And I agreed with FDR, who said in 1933: 'I have no expectations of making a hit every time I come to bat. What I seek is the highest possible batting average.'

"If you got seventy-five or eighty percent of what you were asking for, I say, you take it and fight for the rest later, and that's what I told these radical conservatives who never got used to it.

~~ Ronald Reagan, in his autobiography, An American Life

Ronald Reagan: A real leader with a real legacy The rest of my profile is not intended to be decorative ..... as a computer dummy and an html novice, I have finally figured out that I can stick a few things here for easy access. Please feel free to borrow any of the graphics. I have borrowed them all from others, with their permission to use them and allow others to do so also.

"One way or the other, we are determined to deny Iraq the capacity to develop weapons of mass destruction and the missiles to deliver them. That is our bottom line." President Clinton, Feb. 4, 1998

"If Saddam rejects peace and we have to use force, our purpose is clear. We want to seriously diminish the threat posed by Iraq's weapons of mass destruction program." President Clinton, Feb. 17, 1998

"Iraq is a long way from [here], but what happens there matters a great deal here. For the risks that the leaders of a rogue state will use nuclear, chemical or biological weapons against us or our allies is the greatest security threat we face." Madeline Albright, Feb 18, 1998

"He will use those weapons of mass destruction again, as he has ten times since 1983." Sandy Berger, Clinton National Security Adviser, Feb, 18, 1998


"[W]e urge you, after consulting with Congress, and consistent with the U.S. Constitution and laws, to take necessary actions (including, if appropriate, air and missile strikes on suspect Iraqi sites) to respond effectively to the threat posed by Iraq's refusal to end its weapons of mass destruction programs." Letter to President Clinton, signed by Sens. Carl Levin, Tom Daschle, John Kerry, and others Oct. 9, 1998

"Saddam Hussein has been engaged in the development of weapons of mass destruction technology which is a threat to countries in the region and he has made a mockery of the weapons inspection process." Rep. Nancy Pelosi (D, CA), Dec. 16, 1998

"Hussein has ... chosen to spend his money on building weapons of mass destruction and palaces for his cronies." Madeline Albright, Clinton Secretary of State, Nov. 10, 1999

"There is no doubt that ... Saddam Hussein has reinvigorated his weapons programs. Reports indicate that biological, chemical and nuclear programs continue apace and may be back to pre-Gulf War status. In addition, Saddam continues to redefine delivery systems and is doubtless using the cover of a licit missile program to develop longer-range missiles that will threaten the United States and our allies." Letter to President Bush, Signed by Sen. Bob Graham (D, FL,) and others, Dec 5, 2001

"We begin with the common belief that Saddam Hussein is a tyrant and a threat to the peace and stability of the region. He has ignored the mandated of the United Nations and is building weapons of mass destruction and the means of delivering them." Sen. Carl Levin (d, MI), Sept. 19, 2002

"We know that he has stored secret supplies of biological and chemical weapons throughout his country." Al Gore, Sept. 23, 2002


"Iraq's search for weapons of mass destruction has proven impossible to deter and we should assume that it will continue for as long as Saddam is in power." Al Gore, Sept. 23, 2002

"We have known for many years that Saddam Hussein is seeking and developing weapons of mass destruction." Sen. Ted Kennedy (D, MA), Sept. 27, 2002

"The last UN weapons inspectors left Iraq in October of 1998. We are confident that Saddam Hussein retains some stockpiles of chemical and biological weapons, and that he has since embarked on a crash course to build up his chemical and biological warfare capabilities. Intelligence reports indicate that he is seeking nuclear weapons..." Sen. Robert Byrd (D, WV), Oct. 3, 2002

"I will be voting to give the President of the United States the authority to use force-- if necessary-- to disarm Saddam Hussein because I believe that a deadly arsenal of weapons of mass destruction in his hands is a real and grave threat to our security." Sen. John F. Kerry (D, MA), Oct. 9, 2002

"There is unmistakable evidence that Saddam Hussein is working aggressively to develop nuclear weapons and will likely have nuclear weapons within the next five years ... We also should remember we have always underestimated the progress Saddam has made in development of weapons of mass destruction." Sen. Jay Rockefeller (D, WV), Oct 10, 2002

"He has systematically violated, over the course of the past 11 years, every significant UN resolution that has demanded that he disarm and destroy his chemical and biological weapons, and any nuclear capacity. This he has refused to do" Rep. Henry Waxman (D, CA), Oct. 10, 2002

"In the four years since the inspectors left, intelligence reports show that Saddam Hussein has worked to rebuild his chemical and biological weapons stock, his missile delivery capability, and his nuclear program. He has also given aid, comfort, and sanctuary to terrorists, including al Qaeda members ... It is clear, however, that if left unchecked, Saddam Hussein will continue to increase his capacity to wage biological and chemical warfare, and will keep trying to develop nuclear weapons." Sen. Hillary Clinton (D, NY), Oct 10, 2002

"We are in possession of what I think to be compelling evidence that Saddam Hussein has, and has had for a number of years, a developing capacity for the production and storage of weapons of mass destruction." Sen. Bob Graham (D, FL), Dec. 8, 2002


"[W]ithout question, we need to disarm Saddam Hussein. He is a brutal, murderous dictator, leading an oppressive regime ... He presents a particularly grievous threat because he is so consistently prone to miscalculation ... And now he is miscalculating America's response to his continued deceit and his consistent grasp for weapons of mass destruction ... So the threat of Saddam Hussein with weapons of mass destruction is real ...." Sen. John F. Kerry (D, MA), Jan. 23. 2003


SO NOW THE DEMOCRATS SAY PRESIDENT BUSH LIED, THAT THERE NEVER WERE ANY WMD'S AND HE TOOK US TO WAR FOR HIS OIL BUDDIES???