If you think Michael Moore is just great, a truth-teller and a much-needed tonic for everything that is wrong in American life, you are not someone to take seriously about anything of political consequence, or you are French. - Jonah Goldberg

I have a hammer! I can put things together! I can knock things apart! I can alter my environment at will and make an incredible din all the while! Ah, it's great to be male! - Calvin and Hobbes

War is an ugly thing, but not the ugliest of things. The decayed and degraded state of moral and patriotic feeling which thinks that nothing is worth war is much worse. The person who has nothing for which he is willing to fight, nothing which is more important than his own personal safety, is a miserable creature and has no chance of being free unless made and kept so by the exertions of better men than himself. - John Stuart Mill

It is a general popular error to suppose the loudest complainers for the public to be the most anxious for its welfare. - Edmund Burke

America can learn something from Russell Crowe

It's like a koala bear crapped a rainbow in my brain! 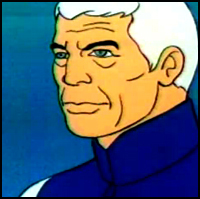