Marriage is a sacred institution between a man and a woman. If activist judges insist on re-defining marriage by court order, the only alternative will be the constitutional process. We must do what is legally necessary to defend the sanctity of marriage.George W Bush.. 2-4-2004

Here are 43 photos from George W's trip to the USS Lincoln.

We spend our lives going from one pair of eyes to another,one set of expectations to the next, looking for ourselves until one day,if we are lucky, we stop and decide to look inside, where, indeed,beauty is in the eye of the beholder.

"America has never been united by blood or birth or soil. We are bound by ideals that move us beyond our backgrounds, lift us above our interests and teach us what it means to be citizens."

``These people try to hide. They won't be able to hide forever.They think their harbors are safe, but they won't be safe forever. One has to say it's not just simply a matter of capturing people and holding them accountable, but removing the sanctuaries, removing the support systems, ending states who sponsor terrorism.''

My Shutterfly photo album of Bush.

Ask me how you too can have a FREE Shutterfly account.

Peel and cut potatoes... place in WELL SALTED water. Potatoes are nothing without salt. Always season your water.

Peel a couple of cloves of garlic, about two or three cloves per potato. Place the cloves in the water with the taters.

Boil everything. If you have a pressure cooker, even better. A pressure cooker is not only faster, but it infuses the flavors. The new pressure cookers are not like the old fashioned kind the blew up, they are very cool and don't explode.

After the potatoes are tender, drain, leaving just a little water, I am talking like 1/4 cup here.

Start smashing everything while adding butter, and I mean BUTTER, not margerine, half and half ( use milk if you want ) and cream cheese. Yes, you heard me, Cream Cheese.

The garlic will be really soft and just mash in with everything. This is not a wicked garlic taste, it's very mellow yet so delicious.

Serve to a loving family and friends who will rave about your Smashed Potatoes.

Be an activist. Write your congressman, senator and local paper. Speak your mind. Participate in America.

BUSH IS A CONSERVATIVE!!!

[ED. NOTE: In the last few months, FReeper Southack put together a list of Bush administration achievements over its first three years in office, and tirelessly posted it whenever an opportunity presented itself. Southack gave me permission to take that list, organize it by topics, and enhance it with further research from whitehouse.gov and other sources. This thread is posted in gratitude to and in honor of Southack.]

""Sometimes when I'm faced with an unbeliever, an atheist, I am tempted to invite him to the greatest gourmet dinner that one could ever serve, and when we finished eating that magnificent dinner, to ask him if he believes there's a cook." - 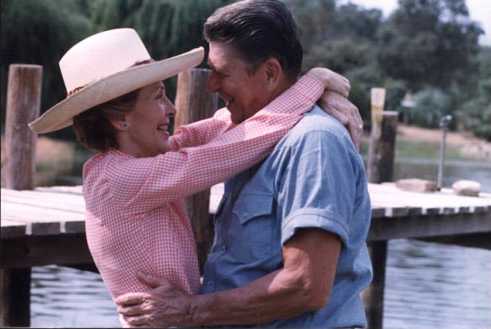 The Republican Party works to advance the founding principles of freedom and limited government and the dignity and worth of every individual. These principles point us toward reforms in government, a restoration of timeless values, and a renewal of our national purpose.

As Republicans, we commit ourselves to bold reforms in education - to make every school a place of learning and achievement for every child. We will preserve local control of public schools, while demanding high standards and accountability for results.

We commit ourselves to saving and strengthening Social Security. After years of neglect and delay, we will keep this fundamental commitment to the senior citizens of today and tomorrow.

We commit ourselves to rebuilding the American military and returning to a foreign policy of strength and purpose and a renewed commitment to our allies.

We commit ourselves to tax reforms that will sustain our nation’s prosperity and reflect its decency. We will reduce the tax burden on all Americans, especially those who struggle most.

We believe in the values that strengthen our culture and sustain our nation: family, faith, personal responsibility, and a belief in the dignity of every human life.

To all Americans, particularly immigrants and minorities, we send a clear message: this is the party of freedom and progress, and it is your home.

We seek to be faithful to the best traditions of our party. We are the party that ended slavery, granted homesteads, built land grant colleges, and moved control of government out of Washington, back into the hands of the people.

We believe that from freedom comes opportunity; from opportunity comes growth; and from growth comes progress and prosperity.

Our vision is one of clear direction, new ideas, civility in public life, and leadership with honor and distinction.

We salute you, President Reagan.

Others were also sounding caution alarms, such as a Freeper going by the marvelous moniker Hillary's Lovely Legs:

"Maybe we ought to wake up and realize that we tend to look like a bunch of kooks, even amongst ourselves."

I have seen very similar comments on liberal forums. As was stated above, it is important to the existence of any forum to recognize that people of a decidedly twisted nature can come wandering in and start spewing nonsense. Self-policing is important, and HLL seems to see this as a necessity in FreeperLand. Did HLL's fellow Freepers rise to this challenge and stop violent and disturbing posts?

Once in his life, every man is entitled to fall madly in love with a gorgeous redhead. Lucille Ball