If you ever care to get to the essence of American conservatism, it can be found here

My message to Obama, Pelosi, and the "architects" of health care "reform"

Conservative Republican, die-hard Oakland Raiders fan and known smart assed commentator from Boise, Idaho. Now that I've been on here for a while, and I've written a lot of posts, I will take this opportunity to expound upon a few things in this space, since it appears that this seems to be the place for everyone to pontificate about the ills of the world.

--When it comes to politics some people take Matthew 5:48 a tad too literally

--I often laugh. In particular, I laugh at the insistence that our side, specifically the Tea Party, are full of stupid people. Well, the way I figure it, the teacher’s union has a strangehold on the K-12 system and university professors have something of a parasite-host relationship with their respective institutions, liberal Democrats most. So whose fault is it that we’re “dumb”?

--You say it’s a “kid’s game”, but I have to wonder: would kids be playing games or pursuing athletic endeavors if adults weren’t doing so? Think about it. These sorts of contests weren’t created and founded by children, so it’s a false premise at best to insist that games we happen to enjoy are “kid’s games”.

--We often hear about this phenomenon known as “moderate Islam”. But is there really going to be a moderating influence in a faith that considers apostasy an offense punishable by death?

--If we truly have a separation of church and state (a phrase found nowhere in the Constitution, by the way), why would John Adams say that “our Constitution was made only for a moral and religious people. It is wholly inadequate to the government of any other”? It could be that Thomas Jefferson’s “wall of separation” opine was meant to be taken in a completely different fashion that its modern construction, which sounds about right.

--Karl Marx was once quoted as having said “the definition of peace is the absence of opposition to socialism”. If that’s truly its definition, then I will take all of the war, strife and tumult I can handle.

--When disaster strikes--and in recent years we’ve been told that we will have “2012” or a possible EMP attack imminent--how many of us will be truly prepared for what’s next? At what point does preparation metastasize into full blown paranoia?

--Quite a few conservatives are railing against Sarah Palin for her ambiguity on illegal immigration, and there are perfectly vital and legitimate reasons for doing so. Here however is a caveat: what other candidate rumored to be in the running for the nomination in 2012--whether it’s Romney, Huckabee, Gingrich, Paul, and so on--will tell you what you want to hear and ultimately do what needs to be done (i.e.: no amnesty under any circumstances and the sooner deportation of illegal immigrants occurs, the better)?

Ever had the "race card" used against you? Here is your retort:

"What I ask for the Negro is not benevolence, not pity, not sympathy, but simply justice. The American people have always been anxious to know what they shall do with us…. I have had but one answer from the beginning. Do nothing with us! Your doing with us has already played the mischief with us. Do nothing with us! If the apples will not remain on the tree of their own strength, if they are worm-eaten at the core, if they are early ripe and disposed to fall, let them fall! … And if the Negro cannot stand on his own legs, let him fall also. All I ask is give him a chance to stand on his own legs! Let him alone! … Your interference is doing him positive injury."

There is another class of coloured people who make a business of keeping the troubles, the wrongs, and the hardships of the Negro race before the public. Having learned that they are able to make a living out of their troubles, they have grown into the settled habit of advertising their wrongs — partly because they want sympathy and partly because it pays. Some of these people do not want the Negro to lose his grievances, because they do do not want to lose their jobs.

-Booker T. Washington (H/T to Responsibility2nd for that one)

***And Now, A Special Message From GOP_Raider***

Many of you have gotten to know me over the many years since I joined FR. So allow me to take this opportunity to expound on an aspect of myself that I have mentioned to a very limited number of people.

Annoying though it may be, I'd like for you to turn to your copy of the Diagnostic Statistical Manual of Mental Disorders, 4th Edition. Let us take a look specifically at 299.80. Here are the highlights, since the reading of DSM-IV is just so riveting.

A. Qualitative impairment in social interaction, as manifested by at least two of the following: 1. marked impairments in the use of multiple nonverbal behaviors such as eye-to-eye gaze, facial expression, body postures, and gestures to regulate social interaction 2. failure to develop peer relationships appropriate to developmental level 3. a lack of spontaneous seeking to share enjoyment, interests, or achievements with other people (e.g. by a lack of showing, bringing, or pointing out objects of interest to other people) 4. lack of social or emotional reciprocity

B. Restricted repetitive and stereotyped patterns of behavior, interests, and activities, as manifested by at least one of the following: 1. encompassing preoccupation with one or more stereotyped and restricted patterns of interest that is abnormal either in intensity or focus 2. apparently inflexible adherence to specific, nonfunctional routines or rituals 3. stereotyped and repetitive motor mannerisms (e.g., hand or finger flapping or twisting, or complex whole-body movements) 4. persistent preoccupation with parts of objects C. The disturbance causes clinically significant impairments in social, occupational, or other important areas of functioning D. There is no clinically significant general delay in language (e.g., single words used by age 2 years, communicative phrases used by age 3 years) E. There is no clinically significant delay in cognitive development or in the development of age-appropriate self-help skills, adaptive behavior (other than social interaction), and curiosity about the environment in childhood F. Criteria are not met for another specific Pervasive Developmental Disorder or Schizophrenia

All of this clinical jargonese is, thanks to what a few psychiatrists far more liberal than I am, I found that I had a year or so ago, which is the Autism Spectrum Disorder known as Asperger's Syndrome.

I know what you might be thinking. Here we have the APA and the world of psychiatry manufacturing another "disease" and to be honest I had the same kind of mindset myself. However, I do think AS is not really a full-fledged "disease" as much as it is a way that some of us use the cognitive skill sets we are given. I can still lead a fairly normal life, but it isn't without its issues---I do like to say I could talk to myself before the advent of cellphones and bluetooth technology and I think I still can.

Some of my very odd traits are still rather embarrassing to discuss, so I don't really feel as though I need to get into them here. I don't even mention this to garner anything in the way of pity and sympathy. This is a way that I believe some of you who have followed my posts and threads over the years to get to know me better. (That's a very difficult thing for me to do as I tend to be somewhat reserved anyway).

For those of you who read their way through this, and especially if you have read any of my posts and commentary through the years here, I appreciate this more than you know.

So who are your teams, GOP_Raider?

And last but not least...

YOUR University of Utah Runnin' Utes!!!

I am the keeper of The OFFICIAL Oakland Raiders Ping List!! I am also the keeper of the all new FR Idaho Ping List! 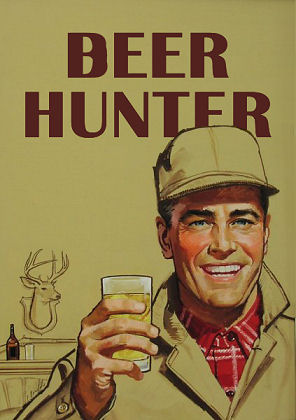 A low to medium ping list aimed at all of us who, well, love our beer…