The amazing thing is that
these young Marines look at us with Respect,
while I look at them in Awe.
They make us proud and so we must shine.
Semper Fi.
Tet68
RVN 66-68
Christmas 2009

Contact me
if you want on
the
USMC Ping List
Senators Remove Their Own Statements From Report on Pre-War Iraq Intelligence
CENSURE? MURTHA (HOW ABOUT THROW HIM IN PRISON!)

fierce house-to-house, room-by-room combat action taken by four of his Marines after being ambushed

insurgents deliberately attacked the Marines from hiding places, where they surrounded themselves with civilians to use as shields

the war has been video recorded by satellite

military investigation found "no indication" that the Marines had "intentionally targeted, engaged and killed noncombatants."

enlisted Marines were charged with murder

officers accused of failing to investigate the deaths

the battalion commander.. Every officer in his chain of command, including his reviewing general, approved and commended him for his actions

the government now has 60 days to appeal to the Court of Appeals for the Armed Forces, and it then could take the case to the U.S. Supreme Court.

Charts to Accompany the Report of General D. Petraeus - April 7-8, 2008
POP QUIZ:
Q.: What does every recent challenge to abuse by the NCIS have in common? All the challenges about the leaks and the NCIS falsification of evidence are not coming from JAGs appointed to defend the Marines.
A.: The challenges are all coming from civilian defense lawyers. Those civilian lawyers are paid for by the defendants—not by the government. As long as the accused can keep writing checks to lawyers such as Jack Zimmermann, Neal Puckett, Gary Myers, and David Sheldon, justice may be served. So if you care about justice for the men and women serving our country, please consider a donation to one of the Marine defense funds. You can find more information at Defend Our Marines. For your convenience, here’s a summary: Marine Iraq Legal Defense Fund, Inc. In California, near Camp Pendleton, a distinguished group of concerned citizens have agreed to serve as board members and will administer the fund. It has been established specifically to provide monies to service members who face criminal charges as a result of their service in combat zones. The name of the fund is the Marine Iraq Legal Defense Fund, Inc. It has been set up as a charitable, non-profit 503(c) corporation. The members of the fund have volunteered to give their time to ensuring our Marines receive the best legal defense available. The board members, most are retired or former service members, include Judge Victor Ramirez , Rickard L. Borg, David Black, Stan Smith, Tom Humphries, and Jack Kelly. Donations can be sent to: Marine Iraq Legal Defense Fund, Inc. c/o Judge Victor Ramirez P.O. Box 1255 Solana Beach, CA 92075 Your donation can be earmarked to one or all of the accused. Write your preference on the memo line of the check. You can also find out more about the fund online at MarineDefenseFund.com. The Warrior Fund Led by retired Marine, Timothy Harrington, this fund is actively involved in the defense of servicemen and women charged with crimes as a result of their service in Iraq. Donations by check can be earmarked to the Haditha Marines or other Marines being ruined by the NCIS inquisition. To donate or learn more about the fund, go to Warrior Fund. 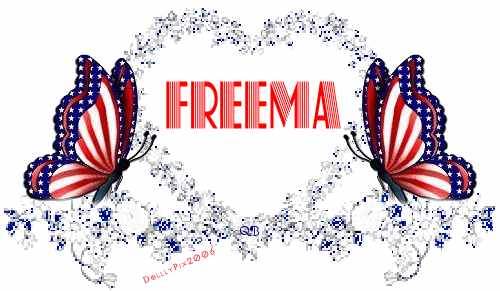 I am covenanted, committed forever to love you;
to do whatever is best for you.
I will be kind, encouraging and enabling, but I will also be challenging.

Whatever I do, it will always be an act of love and an invitation to your growth.

I will be with you to illuminate your darkness, to strengthen your weakness, to fill your emptiness, to heal your brokenness, to cure your sickness, to straighten what may be bent in you, and to revive whatever good things may have died in you.

Remain united to me, accept my love, enjoy the warmth of my friendship, avail yourself of my power, and you will bear much fruit.

In honor of LadyX
...author unknown:

2007 Commemoration of the 7th century Arab conquest of Persia

President Bush states that people in the CIA are giving his PDB to the New York Times. Plume, a CIA analyst, sends her husband to Africa to do a coverup of uraniam seeking by Iraq and her husband is proven in Congressional testimony to be lying. Horowitz testifies to a lifetime of communist training and techniques. In Reagan’s War, we learn about how they trashed Reagan for witch hunting, and yet the people he suspected of being communist sympathizers in the 50’s all turn up in the Verona documents in the 1990’s as proven communist agents.

There is no fact that a “liberal” will not tear apart or deny. We know the WMD were in Iraq. We have gobs of evidence that they were moved out of Iraq or dismantled and hidden, but even the President doesn’t dare state this because these are only facts. And the “liberal” media will tear each “fact” to pieces. Even if you went to Syria, Russia and the depths of the Indian Ocean and got the WMD and their remains and presented them, they would say it was all concocted or a sham. Remember, we never went to the moon, it was faked. Bush blew up the WTC himself. No plane flew into the Pentagon. Barbara Olson and two pilots my brother knew are missing, but those facts don’t prove their plane flew into the Pentagon.

The surge is working. Anbar Province has become essentially pacified. So the debate is moved to the benchmarks for the Maliki government, and facts are ignored because they have become inconvenient.

Facts are useless in the fight against the anti-American traitors. They are useless in debates with “liberals”. They just slide away into new crap to throw around.

You gave out a book, Radical Son, to people to help educate them. You didn’t give them a fact. It is the pattern of behavior that gives them away.

Editing live timeline film to screw our soldiers is the work of anti-American traitors.

Communists (people Horowitz knew) work under orders to insinuate themselves into places of power and influence and perform tasks they are given by their handlers on orders from Russia. They join the Army so they can come back a war hero and run for office and be elected and work against our country from the inside. Sometimes they get killed before they can do the job. And sometimes they make it to the Senate.

The government is riddled with them because that’s where the money is, as the famous bank robber once said.

The State Department, the CIA, the Judicial Department, and the legal departments of the Armed Forces are lovely places for them to insinuate themselves. And you can tell they are there because of the nature of the policy wars and the leaks and the crap flying around.

Michael Deaver used to arrange supposedly chance meetings for Armand Hammer (the great friend of the Soviets) to talk with Ronald Reagan, like at his barbershop in the next chair over.

There are lots of facts, but if you don’t see what they all together mean, it doesn’t mean much. And if you have to have locked down incontrovertible facts before you can be sure a living elephant isn’t actually a mastadon (when you’ve only seen a sample of the tail, the trunk and the bleeding skin) then you are never going to come to conclusions.

But I don’t say I expect you to leap in and accept my belief which is one from a lifetime of watching the passing parade and reading news/books and talking with people. However, I read about communists in high school, the Communist manifesto and such, and I’m not an atheist, so I think their system which seeks to destroy marriage, and takes what someone earned and gives it to someone who will vote for them, and states the ends justifies the means is abominable.

Have I won the Miss South Carolina title yet?

If not, then this is a waste of time, but I still want to add.

There are some that are here to try to figure out how many conservatives can stand on the head of a pin, and of course you can’t be on a pinhead unless you believe exactly as they do about everything.

You believe in facts. I found them useless when talking with liberals and other airheads. I used to have tons of them at my fingertips. But, I don’t put much stock in them anymore as a weapon of war.

The Religion by Tim Willocks

A Knight of the White Cross by G. A. Henty Read it for free if you download it from the Gutenberg Project WWW.GUTENBERG.ORG

Hard Corps From Gangster to Marine Hero by Marco Martinez

Other than the words “United States” nothing should be attached to the Front of Marine, and only Veteran should follow when describing all Marines not presently serving in uniform. Someone alert the press to this decision so that they can correct themselves.