New Texan as of August 2015. Bailed out of CA with Mrs. Doomonyou for a more sane life. Goodbye Idiots Boxer and Finstien and Hello Ted Cruz!

"Every normal man must be tempted at times to spit on his hands, hoist the black flag, and begin slitting throats."

"Resistance to tyranny is service to God."

"You need only reflect that one of the best ways to get yourself a reputation as a dangerous citizen these days is to go about repeating the very phrases which our founding fathers used in the struggle for independence."

"The tank, the B-52, the fighter-bomber, the state controlled police and the military are the weapons of dictatorship. The rifle is the weapon of democracy .... If guns are outlawed, only the government will have guns. Only the police, the secret police, the military, the hired servants of our rulers. Only the government - and a few outlaws. I intend to be among the outlaws." 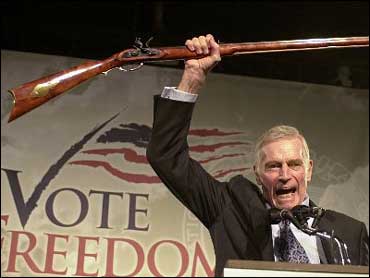 Where the heck are the deer at? Trinity Alps

Farm pond bass on the Ranch just south of Petaluma.

2009 Idaho - "If it flies, it dies. Four pineapples heading out to hammer some Idaho doves.

That's Doomonyou (on the left) during a Ronald Reagan's Re-election campaign commercial as seen on youtube :