“Everything that we see is a shadow cast by that which we do not see.” — Martin Luther King

"Anything you'd like to say about yourself?" -- Jim Robinson

Sure, Jim, and thank you for the opportunity.

First, I am an American, and proud of it.

"I believe in the United States of America as a government of the people, by the people, for the people;
whose just powers are derived from the consent of the governed;
a democracy in a Republic;
a sovereign Nation of many sovereign States;
a perfect Union, one and inseparable;
established upon those principles of freedom, equality, justice, and humanity for which American patriots sacrificed their lives and fortunes.

"I therefore believe it is my duty to my Country to love it, to support its Constitution, to obey its laws, to respect its flag, and to defend it against all enemies."

I am a Jeffersonian small-l libertarian by nature and choice. I find much common cause with Free Republic, a Conservative forum. This is because:

"The God who gave us life, gave us liberty at the same time; the hand of force may destroy, but cannot disjoin them."
-- Thomas Jefferson, quoted by Jim Robinson, Founder of FreeRepublic here.

"I have little interest in streamlining government or in making it more efficient, for I mean to reduce its size. I do not undertake to promote welfare, for I propose to extend freedom. My aim is not to pass laws, but to repeal them. It is not to inaugurate new programs, but to cancel old ones that do violence to the Constitution, or that have failed in their purpose, or that impose on the people an unwarranted financial burden. I will not attempt to discover whether legislation is 'needed' before I have first determined whether it is constitutionally permissible. And if I should later be attacked for neglecting my constituents' 'interests', I shall reply that I was informed their main interest is liberty and that in that cause I am doing the very best I can."
-- Barry Goldwater (Conscience of a Conservative, 1960)

" Among the natural rights of the Colonists are these: First, a right to life; Secondly, to liberty; Thirdly, to property; together with the right to support and defend them in the best manner they can. These are evident branches of, rather than deductions from, the duty of self-preservation, commonly called the First Law of Nature. "
-- Samuel Adams, The Rights of the Colonists, The Report of the Committee of Correspondence to the Boston Town Meeting, Nov. 20, 1772

Without our Constitutional freedoms, we have nothing. These freedoms are worth fighting for.

" Let every nation know, whether it wishes us well or ill, that we shall pay any price, bear any burden, meet any hardship, support any friend, oppose any foe, to assure the survival and the success of liberty. "
-- John F. Kennedy

"If ye love wealth greater than liberty, the tranquility of servitude greater than the animating contest for freedom, go home from us in peace. We seek not your counsel, nor your arms. Crouch down and lick the hand that feeds you; May your chains set lightly upon you, and may posterity forget that ye were our countrymen."
-- Samuel Adams

" If you will not fight for the right when you can easily win without bloodshed; if you will not fight when your victory will be sure and not too costly; you may come to the moment when you will have to fight with all the odds against you and only a small chance of survival. There may even be a worse case: you may have to fight when there is no hope of victory, because it is better to perish than to live as slaves."
-- Winston Churchill

" It does not take a majority to prevail ... but rather an irate, tireless minority, keen on setting brushfires of freedom in the minds of men. "
-- Samuel Adams

Beware of those Americans, from left or right, who would undermine the Constitution.

"A nation can survive its fools, and even the ambitious. But it cannot survive treason from within. An enemy at the gates is less formidable, for he is known and carries his banner openly. But the traitor moves amongst those within the gate freely, his sly whispers rustling through all the alleys, heard in the very halls of government itself... A murderer is less to be feared. The traitor is the plague."
-- Cicero

Be proud that we have the finest Constitutional Republic the world has ever known.

If The Bill of Rights doesn't make it clear why I'm proud to be an American, there's nothing more I can write.

"If you are going through hell, keep going."
-- Winston Churchill

"If there must be trouble, let it be in my day, that my child may have peace."
-- Thomas Paine

"So this is how liberty dies. With thunderous applause."
-- Padmé Amidala (Star Wars)

But through it all, keep a sense of humor. My tag line is from Monty Python's Holy Grail... 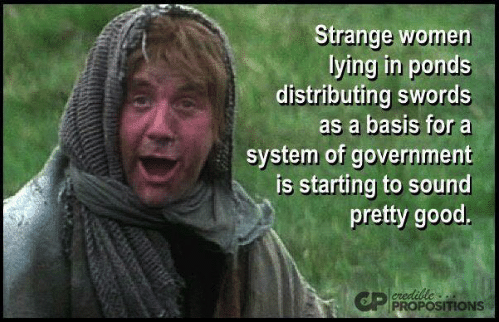 I participate in a lot of computer tech threads. For those who wonder, here's a summary of my tech background:

I've always loved electronics. By 1964 I was an audio electronics hobbyist, designing and building tube guitar amplifiers, transistor fuzz-tone effects, and tape-loop delays. Starting in 1970 I learned Fortran and PDP8 assembler, got my BS in Physics, and started working as a microcomputer hardware/software design engineer; I'm still at it today.

I built my first microcomputer in 1976, based on the 6502 and programmed in Assembler; designed using 6502 and 6800 uPs for industrial controllers, wrote and delivered production software as well as hobbyist stuff. I used and hacked IBM-PCs starting in 1982; Macintoshes in 1984; got my first Unix system in 1985, learned C, and it's still my favorite language. Both BSD and SysV are like family. I've used every version of Windows from 2.0 onward. Built a network of Unix workstations in the early 90's. Started playing with Linux in the late 90's, built my first Linux workstation in 2001. Did a few years designing peripherals for Mac OS-X systems, but Windows systems have provided my income more than any other.

Over the years I've been a Systems Engineer, a Program Manager, an Engineering Manager, a System Administrator, an IT Director, and I'm currently a Senior DevOps Engineer for a global software company and have learned more than a few things about security.

I work every day and play at home every night in OS-X, Windows, Linux, and Unix. I love 'em all, and I hate 'em all.

I don't take sides in religious tech arguments. OSes and hardware architectures all have their strengths and weaknesses. That said, OS-wise I'm more of a "Unix-head" than anything else. I currently prefer working on Apple and Fujitsu hardware. I have about a half-dozen machines at home of all sorts; they run a mix of VMs and native metal installs: OS X, Windows 7, Windows 10, NetBSD, and both CentOS and Ubuntu Linux. Oh, and a Raspberry Pi. 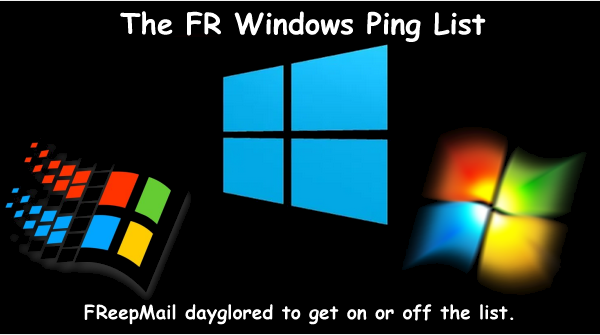