DEVELOPING: AG Barr will deliver his next report to Congress in 30-45 minutes, a US Justice Dept. official tells @NBCNews - @JuliaEAinsley / @PeteWilliamsNBC

Mueller Finds No Evidence of Collusion Between Trump Campaign, Russia

muller made an investigation and made a finding

The crime that Donald J Trump is guilty of, is winning the 2016 election..that is something that the commie left should just say out loud. They KNEW from day 1 there was NO russian collusion, that was NEVER what this was about..this was about in their minds getting rid of someone who should have never won only THEY are allowed to win remember

Now, when does Barr meld this conclusionary report with the IG report and empanel a grand jury to indict: McCabe, Comey, Page, Yates, Brennan, Mark Elias, and others and issue material witness warrants for Obama Lynch and Judge Conteras and have them held in solitary at Gitmo.

This Donna Brazille is so biased. Why is she on T.V. Is she a spy within FOX? 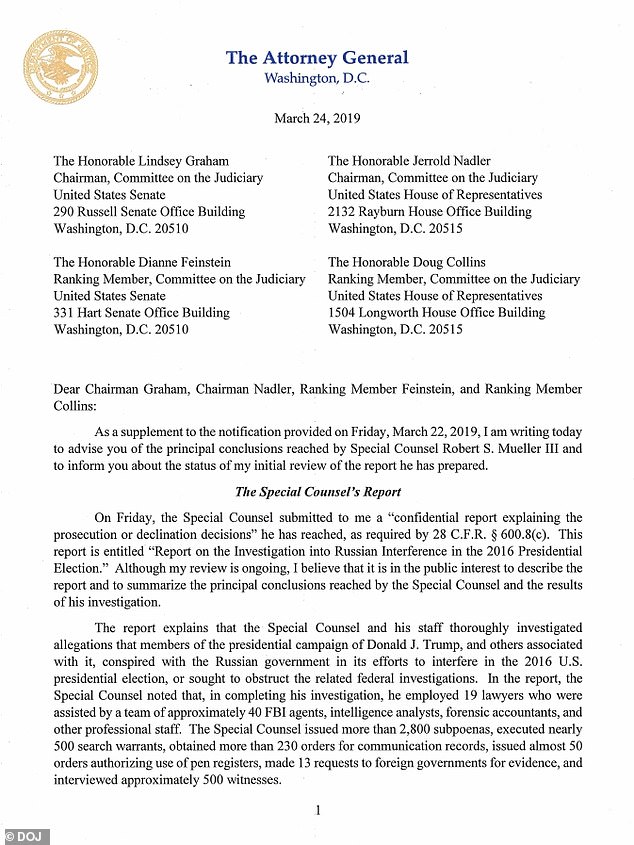 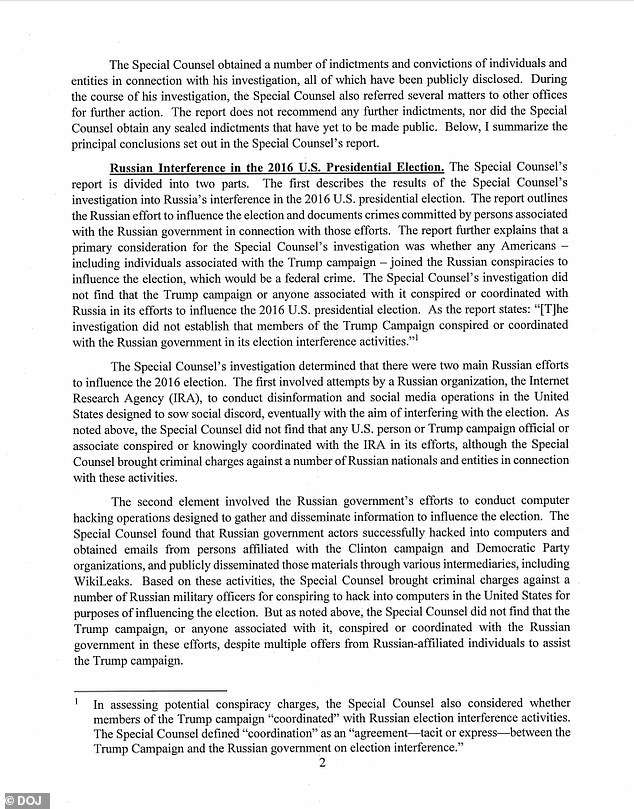 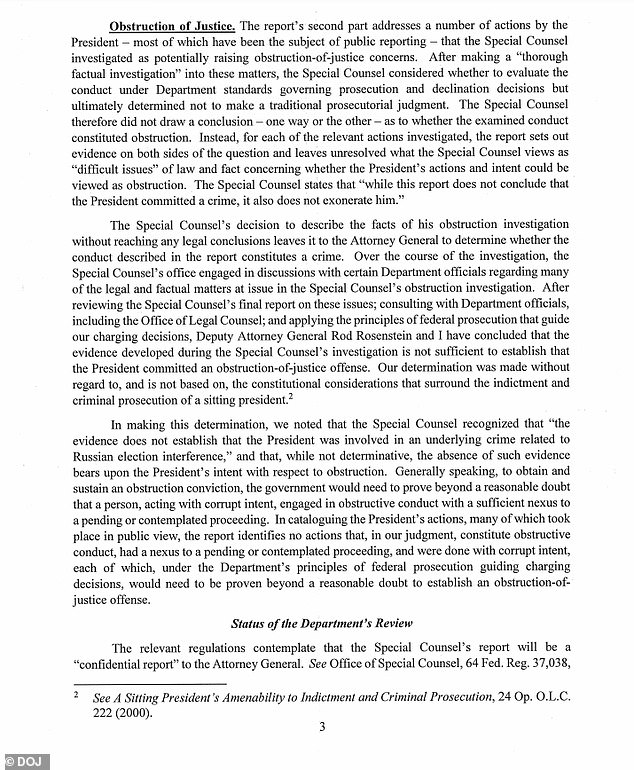 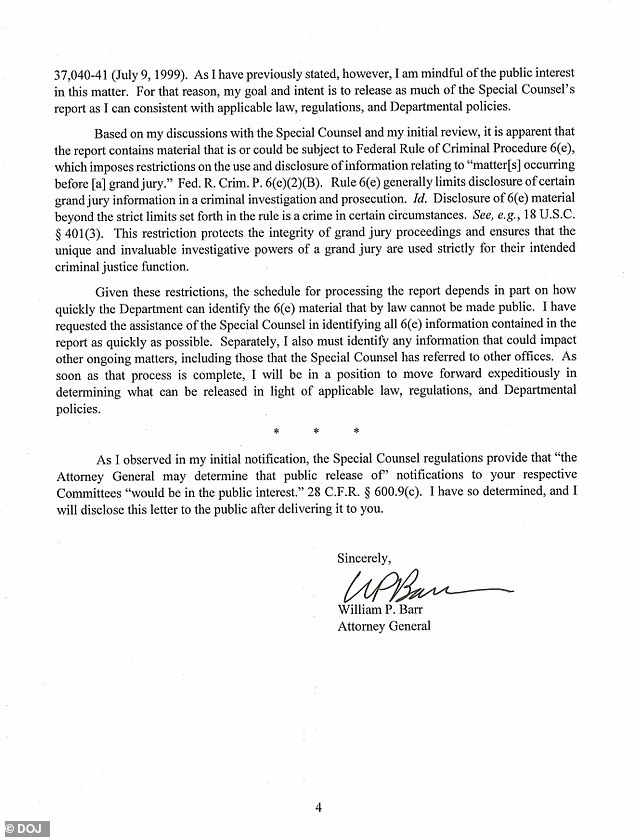 They will pounce on the obstruction charge as inconclusive. But it only looks like a Trump weakness by contrast with the definitive “No collusion” statement.

While Mueller was weak in his obstruction findings, I found Barr's wording almost a slap at Mueller, reciting basic LAW 101: if there is no evidence of a crime, there can be no obstruction. Pretty simple, and many here have said that about the obstruction charge from day 1.
309 posted on 03/24/2019 1:25:59 PM PDT by ETCM
[ Post Reply | Private Reply | To 237 | View Replies]
To: Jane Long
From Brazile's book:

"Brazile writes that she was haunted by the still-unsolved murder of DNC data staffer Seth Rich and feared for her own life, shutting the blinds to her office window so snipers could not see her and installing surveillance cameras at her home. She wonders whether Russians had placed a listening device in plants in the DNC executive suite."

Here's hoping she'll be haunted by her most recent Fox News comments. Stealing from "The Night of the Living Dead"..."They're coming to get you Donna."

Time to calm it down, take five and read a short post by the boss.

Reminder: No profanity, no racism, no personal attacks, no threats, no violence, etc.

everything lawyer’s write sound exactly like that in the memo.

Don’t worry about it

We won this victory

The left is on suicide watch right now

Stop being a FreeRepublic Eeyore

No clue what you are taking about. If you don’t think Fox Business is much more right of center than the News Channel then there is no helping you. Gasparino is a putz, but most of the others are solidly to the right.

Agreed. I wonder if the other channels are having scream-fests or whatever you would like to call it.

Enjoy the celebration my FRiends!

See post#220. The DUmmies are tearing themselves apart! It it is beautiful thing to see!

I’m serious. I have a new respect for the guy.

Remember that Fitzgerald guy? Took action against Scooter Libby, who we all knew was innocent.

Well he had to hurt somebody for the money he cost.

This is the problem with these special prosecutors. They hurt and scare the hell out of innocent citizens.

Maybe tomorrow I’ll dislike him again as before, but that report seems like truth and nothing else to me.

Scooter Libby was pardoned by Dubya, btw, but he lost his law license.

And he was innocent but charged anyway.

Dittos to that! Rush will kick ass!

I am listening to CBS news on the radio. They are in denial. They keep saying that Trump has not been exonerated. CBS says that impeachment and obstruction of justice charges are still on the table. They are in an alternate universe.