He was born in Hampshire and died on Tuesday morning in West Sussex, where he had lived for most of his life,

His battle victories made Wing Cdr Farnes an ace, a term taken to mean any fighter pilot credited with shooting down five or more enemy aircraft.

His tally was six enemy aircraft destroyed, one probably destroyed and six damaged, the trust said.

The trust added Wing Cdr Farnes was the last member of The Few fit enough to be able to attend the aerial conflict's memorial day in 2019. It said he had "proudly" represented his RAF colleagues at the service of commemoration just a week before his 101st birthday, in July. The trust said Wing Cdr Farnes was "very proud" of his Distinguished Flying Medal (DFM), which he received for his exploits in the Battle of Britain.

In 2015, the then retired Sqn Ldr described the "moving" moment he and his comrades were spontaneously applauded during a service at Westminster Abbey to mark the 75th anniversary of the Battle of Britain.

Mr Farnes joined the Royal Air Force Volunteer Reserve in 1938, later joining RAF No 501 Squadron and fighting in the Battle of France in 1940.

After the Battle of Britain, he was commissioned as an officer and served as an instructor and fought in Malta with No 229 Squadron as well as serving in North Africa and Iraq.

As World War Two ended, he was in command of two squadrons in the UK.

Remaining in the RAF until 1958 when, having been appointed Sqn Ldr, he retired, retaining the rank of Wing Cdr.

RIP to the gentleman...He was a hero.

He played a role in defeating Nazis...

He flew Hurricane, not Spitfire...According to the article...

What movie deals with Battle of Britain?

PEARL HARBOR, with Ben Affleck, does deal with Battle of Britain at the beginning...

There has been a movie this month from the 70’s called “ The Battle of Britian” which was about the RAF fighters, may have been on the Smithsonian channel or some obscure cable channel, just do a search on yo it r remote to find it, really good , all kinds of famous British actors in it.

Never was so much owed by so many to so few” was a wartime speech made by the British prime minister Winston Churchill on 20 August 1940. 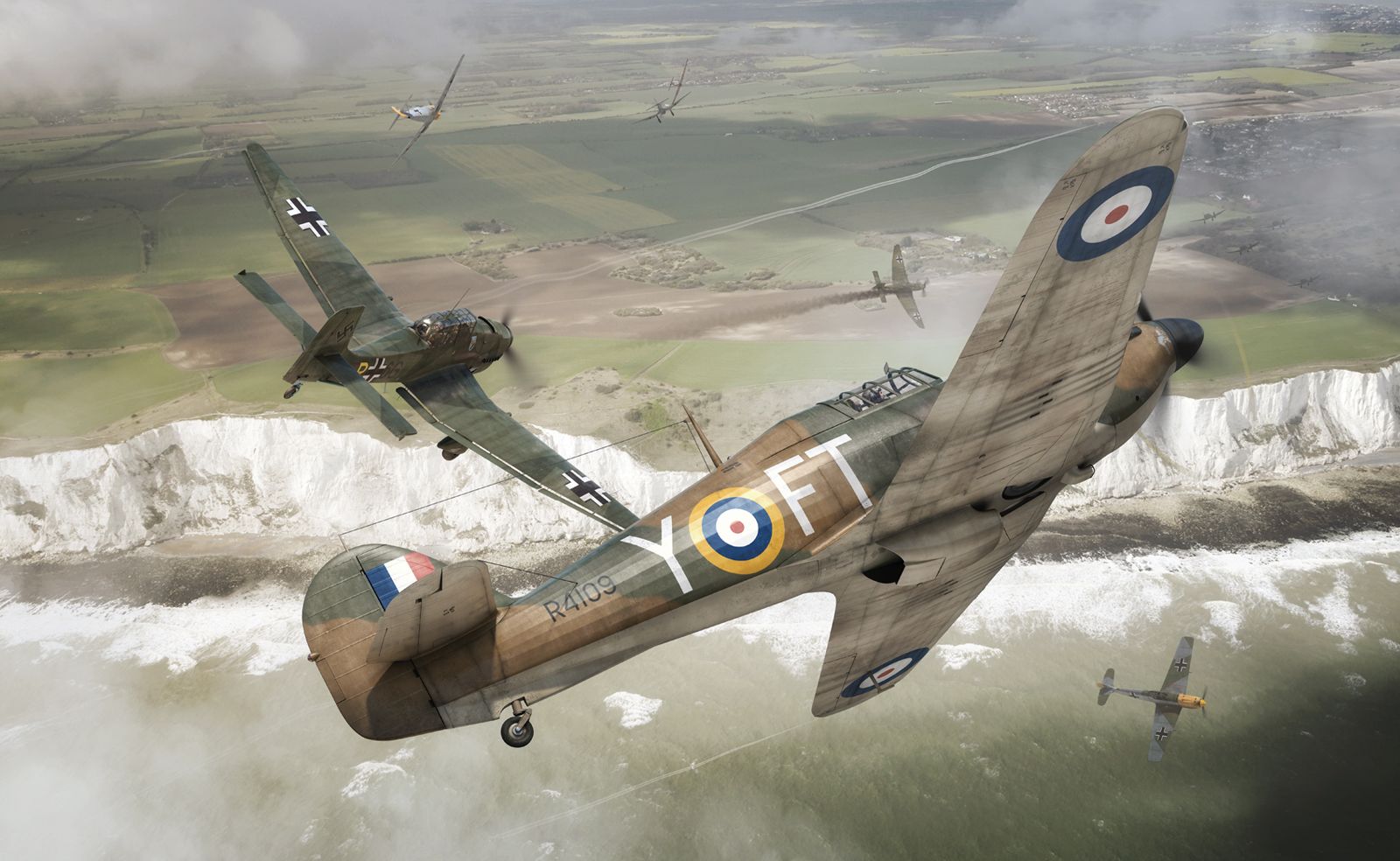