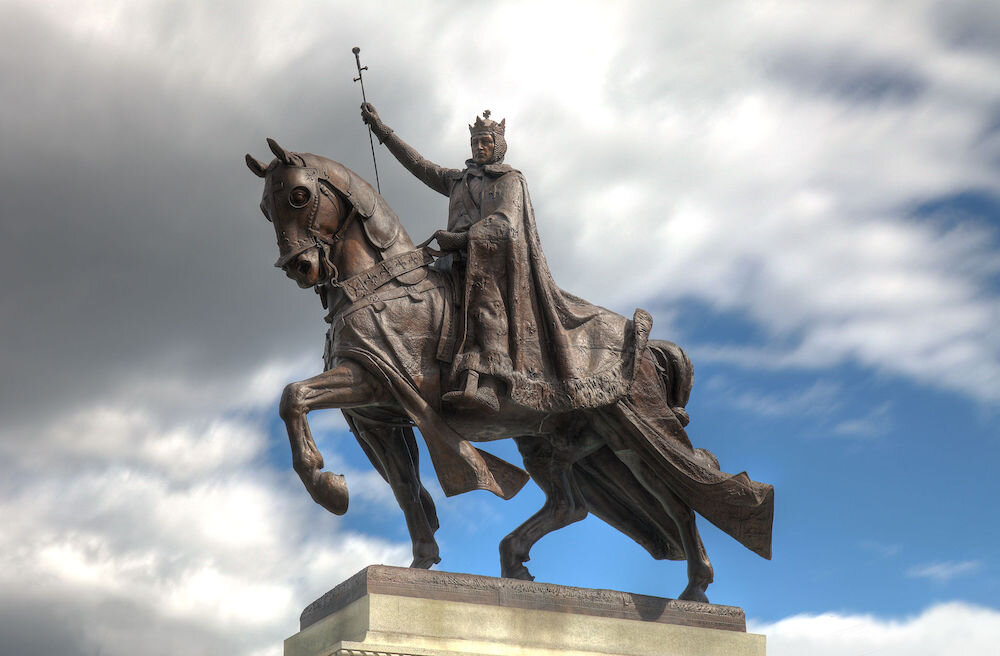 Catholic laity in St. Louis have formed a group dedicated to visiting, protecting and praying for the safety of the city’s monument to King Saint Louis IX, a statue that some residents have recently called to tear down, calling the former French king an anti-Semite and Islamophobe.

The group, St. Louis Forever, formed June 21 with an informal email sent out to local Catholics asking them to attend a rosary prayer group at the base of King Saint Louis IX’s statue.

“This statue does not only stand for a man, but stands for our devotion to God,” the email stated. “As a saintly king, St. Louis does not merely represent the French heritage of this place, but even more he represents the Kingship of Christ on Earth that we pray for with every Our Father. This statue is and ought to remain as a testament to our faith. As St. Louis leads us on, we ought to follow in bringing Christ to our city through our faith, our prayer and our actions.”

Amid nationwide protests against racism, several groups have toppled statues, starting with Confederate generals and soldiers and then spreading more broadly to other historical figures, like George Washington and Ulysses S. Grant, who led the Union army in the Civil War and became president.

Umar Lee, representing Muslims for a Greater St. Louis together with Moji Sidiqi and Israeli-American restaurateur Ben Poremba, started a petition earlier this week with the aim of removing the statue of King Louis IX and renaming the city.

Good, People need to stand up to these bullies and stop letting them walk all over everybody

Most of these monuments are magnificent and made by craftsman in a lost art many of whom where so sympathetic to humanity. I FVCKING hate the left.

Down she goes.... the Left will use the church defending the statute to be the reason that it comes down in Forest Park. The Mayor removed another statute a couple of years ago along with the street it was on in the park. She had the asphalt removed.

Watch out! Them Knights of Columbus, they got them sticky shiny sharp swords!

“calling the former French king an anti-Semite and Islamophobe.”

As if Umar and Moji have any problem with anti-Semitism.

Fear of Islam is not a phobia but a facing of reality.

8 posted on 06/24/2020 6:44:30 PM PDT by NobleFree ("law is often but the tyrant's will, and always so when it violates the right of an individual")
[ Post Reply | Private Reply | To 1 | View Replies]
To: marshmallow
“For those unfamiliar with King Louis IX he was a rabid anti-semite who spearheaded many persecutions against the Jewish people,” Lee wrote.

What an unusual charge, coming from the leader of a Muslim group.

9 posted on 06/24/2020 8:04:15 PM PDT by ebb tide (We have a rogue curia in Rome.)
[ Post Reply | Private Reply | To 1 | View Replies]
To: marshmallow; MurphsLaw
“We've invited our Archbishop (both Carlson, who is outgoing, and Rozanski, who will be installed on the Feast of St. Louis on August 25) and our own parish priests and priest friends,” Thompson-Briggs said. “We haven't heard anything from our local clergy, though one bishop from another state pledged his support and prayers. Last night we were all laity.”

I guess both Bishops Rozanski and Carlson are hiding out with Bishop Barron, claiming Vatican II absolves them of any involvement with the Church Militant (not Voris' website).

Islam, a false religion, is an offense.