Guysen Israel News is running an unconfirmed report that Yasser Arafat has kicked the bucket!

Last I heard (after about a dozen resurrections), was that Idi finally stayed dead. But maybe I missed a thread. :-/

Should there be a "place your bets" thread on how many times Arafat will croak? Ladies and Gentlemen, start your bulldozers.

JERUSALEM (AP)--Trying to prevent another terror attack during the Jewish holidays, Israel enforced an open-ended lockdown of Palestinian towns Wednesday and ordered two more battalions into the West Bank and Gaza Strip. The closure was extended as questions arose over the health of Yasser Arafat after he appeared in public looking haggard and disoriented. Advisers denied a report he has suffered a mild heart attack, saying Arafat--the leading champion of the Palestinian cause over four decades--is weak from a stomach flu.

And here's a free translating site to change french to english so that you can read it.Translator

I saw this coming.<p. He kicks the bucket of due to complications from AIDS, and they blame the Jews for using a death ray. 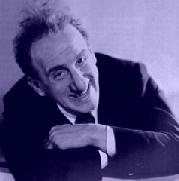