Just as with Eddie Adams's famous 1968 photo from the Vietnam War, the images of Derek Chauvin and George Floyd only tell us part of the story. “The god is in the image,” wrote David Freedberg in The Power of Images. But it is a devious god, one that permits our eyes, susceptible to misinterpretation, to tyrannize our capacity to respond coherently to what is in front of us. An image, whether a still photo or an abbreviated video clip divorced from the moments that preceded it, is open to unreliable impressions. It’s also open to propagandistic purposes.

A photo of Derek Chauvin with his knee on the back of George Floyd’s neck went viral. Lost in the anger and confusion over the slippery term “chokehold” was the crucial distinction between a restraint placed on the front of the neck and a less risky “prone restraint” on the back. Only the racial difference was apparent, the prime factor lending itself to the Black Lives Matter movement’s claim of “state-sanctioned violence and anti-Black racism.”

In my lifetime, only one other image has incited a cascade of events as consequential as the one caught on camera in Minneapolis on May 25. Its effect on public response parallels in intensity, if not in kind, the repercussions of Eddie Adams’s harrowing photo “Saigon Execution.”

More than 50 years separate us from that photo. In that time, an entire generation rose to adulthood saturated in images. The primary form of “literacy” is fast becoming visual, not textual. It is instructive, then, to look again at a 1968 photo that galvanized public sentiment and changed the course of the Vietnam War. Because the picture did not tell the story a war-weary public believed it did. Adams was in Saigon during the chaos of the Tet Offensive. Coincidence placed him on the very spot where Brigadier General Nguyễn Ngọc Loan summarily executed a handcuffed man in civilian clothes. Slight and vulnerable looking, the anonymous figure prompted sympathy. Adams snapped his shutter unaware of what he was witnessing. “I thought he was going to threaten or terrorize the guy,” Adams recalled afterward, “so I just naturally raised my camera and took the picture.”

The photo circulated the globe. Like today’s image out of Minneapolis, it fueled revulsion. It placed in front of every eye the grim reality of the moment of death. The image hardened antagonism to American intervention in Vietnam’s civil war.

For Americans disheartened by seeing body bags daily on their televisions, Adams’s photograph placed an individual face on what was felt to be the futility of a brutal conflict thought to have no bearing on national interest. Anti-war sentiment, well on the rise by 1968, escalated. The doomed man and the uniformed soldier who killed him electrified a nation already in the grip of ideological battle. Resistance to the spread of communism in Southeast Asia lost, in part, to a photo that incarnated the motif of American aggression.

Yet the script read into to Adams’s Pulitzer Prize-winning photo was deceptive. As journalist and military historian Max Hastings wrote decades later, the condemned man was Viet Cong squad leader Nguyễn Văn Lém. Captured at the site of a mass grave for some 30-plus slaughtered civilians, Lém commanded a death squad.

He had murdered a colleague of General Loan, South Vietnamese Lt. Col. Nguyễn Tuan and his family — his wife, five of their six children, and Tuan’s 80-year-old mother. The massacre had taken place less than 36 hours before Lém’s capture and combat zone execution.

The two deaths — the recent one in Minneapolis, the other in Saigon 52 years ago — are hardly equivalent in substance. Not at all. What bears comparison, and cries to be mentioned, is how a single photograph can obscure the truth. Each image prompted a response suited to the mental landscape of its viewers; a psychological vista not necessarily compatible with reality.

In itself, viewed without a pre-determined narrative imposed on it, the photo of Chauvin is inconclusive; the scanty video, ambiguous. There was nothing inherently racist in the depiction of a cop using a sanctioned restraint on a man resisting arrest, no matter the skin color of each. Neither was there any reason to think the situation, however terribly it ended, was racially motivated.

But Floyd died in custody. Everyone knew that before he even looked at the photo. Lacking knowledge of the full sum of circumstances that led to the scene, viewers felt they were watching an execution. Every decent person was repulsed by the sight of it. But, like the 1968 beholders of “Saigon Execution,” what we felt we saw and what, in truth, we were witnessing (second-hand) are not necessarily the same.

The Minneapolis incident has metastasized into a transcendent symbol of police bigotry and brutality. The false narrative of “systemic racism” now has its post-Ferguson icon. The moral fervor occasioned by Floyd’s death leans against patient fact-finding and prudential inquiry. Yet there is still so much we do not know.

Andrew McCarthy, a former prosecutor, remarked on the significance of Minnesota Attorney General Keith Ellison’s refusal to disclose the police body-cam videos of the moments leading up to Chauvin’s neck hold. McCarthy pays close attention to what is known and still not known about Floyd’s death. He outlines legitimate reasons why the amended charge against Chauvin — second-degree “felony murder” — could be difficult to prove.

Gavrilo David combs the same ground, adding significant details that have been largely omitted from discussion of Chauvin’s conduct: “Rather than indicating illegal and excessive force, they instead show an officer who rigidly followed the procedures deemed appropriate by the Minneapolis Police Department.”

The medical examiner’s report cites cardiopulmonary arrest, not asphyxiation, as the cause of death. Heart failure would be consistent with Floyd’s history of coronary heart disease and hypertension, both associated with sustained drug abuse. The autopsy report shows that he had ingested a lethal amount of fentanyl (which causes respiratory failure), norfentanyl (a metabolized product of fentanyl ingestion), and methamphetamine.

The point here is not to excuse Chauvin. What matters is to keep in mind that a majority of the public is not familiar in the behavior known as “excited delirium syndrome” (ExDS) that Floyd exhibited at the scene. Neither are they versed in the benefits or risks of various neck restraints. Consequently, armchair prosecutors have no informed insight as to what constitutes “excessive force.”

In 2019, Police Magazine ran an explanatory article clarifying for laymen — including journalists — the variety of actions covered by the elastic term “chokehold.” It was written to dispel public ignorance of the issue by the director of the University of Illinois’s Police Training Institute, and its lead control and arrest tactics instructor. Anyone serious about making sense of what happened on that terrible day in Minneapolis should read the entire essay.

The mind’s eye assigns its own truth to images that could be perceived differently under different conditions, or after full disclosure of circumstances. But demagoguery closes off avenues of interpretation. Propaganda finds a formidable instrument in images that permit people to “see” what they have already imagined.

Leave the last word to Adams who grew to admire the man he had photographed, ultimately to his detriment in the post-war years. He eulogized Loan at his death in Burke, Virginia, in 1998, adding: “Still photographs are the most powerful weapon in the world. People believe them, but photographs do lie, even without manipulation. They are only half-truths.”

The author is injecting logic into an emotional slap-fight. Everybody knows the “truth” - it was right there on video, proving all whites are racist. /s

A better analogy to Floyd’s death is the unprotested police killing of Tony Timpa with an officer on his back for 13 mintues with officers standing around mocking his lifeless corpse with only a couple of them softly asking “we didn’t just kill him did we” (yet nobody checked for a pulse or signs of breathing).

I have little doubt that Floyd’s behavior justified Chauvin’s use of restraint techniques at the time he began them.

But I seriously doubt whether they were still justified ten minutes later, when Floyd died.

4 posted on 07/08/2020 8:25:53 AM PDT by jdege
[ Post Reply | Private Reply | To 1 | View Replies]
To: a fool in paradise
RE: A better analogy to Floyd’s death is the unprotested police killing of Tony Timpa with an officer on his back for 13 mintues with officers standing around mocking his lifeless corpse with only a couple of them softly asking “we didn’t just kill him did we” (yet nobody checked for a pulse or signs of breathing). 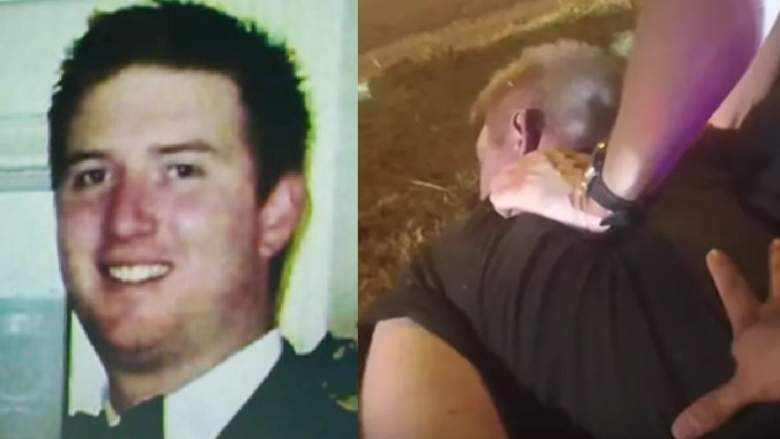 5 posted on 07/08/2020 8:28:18 AM PDT by SeekAndFind
[ Post Reply | Private Reply | To 3 | View Replies]
To: SeekAndFind
The medical examiner’s report cites cardiopulmonary arrest, not asphyxiation, as the cause of death.
Heart failure would be consistent with Floyd’s history of coronary heart disease and hypertension, both associated with sustained drug abuse.
The autopsy report shows that he had ingested a lethal amount of fentanyl...and methamphetamine.
The point here is not to excuse Chauvin.

It may be too much to expect an LEO to discontinue restraining a 6'-6". 250lb+ suspect who moments before while partially restrained had fought vigorously with 4 officers - just because the suspect now appears passive.

The controlling LEO has a duty to protect his fellow officers - as well as to protect a suspect from his own actions. And that duty includes observing potentially hostile onlookers.

You can have the last word.

“The justification for deadly force ends when the threat ends.”

This was not deadly force. Read all of autopsies. This restraint did not kill Floyd.

Floyd complained about not being able to breath - after he was handcuffed and was no longer resisting.

At that point the neck hold should have been released.

“Floyd complained about not being able to breath - after he was handcuffed and was no longer resisting.

At that point the neck hold should have been released.”

Floyd complained he couldn’t breathe BEFORE he was on the ground. That was not a neck “hold”, it was restraint to keep him from getting up. Please read the independent forensic pathologists report. Whatever pressure that was on his neck did not kill him.

media pushes the narrative at the request and benefit of the rat party....

12 posted on 07/08/2020 10:15:44 AM PDT by cherry
[ Post Reply | Private Reply | To 2 | View Replies]
To: SeekAndFind
Lacking knowledge of the full sum of circumstances that led to the scene, viewers felt they were watching an execution.

Sorry. Having seen the entire vid, I still think it was an execution. Now that we know both men worked at the same bar, it is even more evident.

Still doesn't justify the looting and other criminal that followed.

14 posted on 07/08/2020 2:42:33 PM PDT by zeugma (Stop deluding yourself that America is still a free country.)
[ Post Reply | Private Reply | To 3 | View Replies]
To: jdege; All
Read these articles and watch this video. Floyd was saying he couldn't breathe before Chauvin got him on the ground.

Justification for using restraint techniques ends when resistance ends - which in this case was at least five minutes before Floyd died.