Madison Cawthorn handily defeated Lynda Bennett to complete an upset for the GOP nomination in the 11th Congressional District, according to unofficial results. Bennett had received the president’s backing on Twitter and the earlier endorsement of Trump Chief of Staff Mark Meadows, who until recently had held the seat.

It’s not possible to draw conclusions without knowing anything about them (which I don’t).

I don't know who the one that Trump supported is either. But hopefully his district knows which of the 2 is their better choice.

All I know is it sounds like some didn’t like the way the seat was set up by meadows. Inside politics stuff. Winner supports trump too

I’m in that district. People are pissed at Meadows for the way he handled his resignation. He waited until the last minute and then endorsed his wife’s friend for his seat. Cawthorn is pro-life, pro-2nd ammendment and will back Trump 100%. I don’t know much about the dem opponent but this is a very solid red district other than Asheville.

Thoughts? Looking at the two candidate’s websites, I’d probably have voted the same way. While a sitting president’s endorsement is great, having a boatload of local political endorsements will likely result in a local win.

If I were president, I’d stay out of my own party’s primaries. Hard to heal those wounds.

Today, Madison is a small businessman. He is the owner and CEO of a real estate investment company. Madison is also a motivational speaker. He challenges people across the nation to have faith, work hard, play by the rules and pursue the American dream.

A constitutional conservative, Madison is committed to defending the values of faith, family and the freedom that have made America great.

Madison attends Biltmore Church in Hendersonville. He enjoys hunting, cooking, travel, fitness, photography & videography, and studying history. He is engaged to be married to Cristina Bayardelle.”

Trump has to make-nice with the Party ( so he endorsed the Party’s choice). I’m sure he’ll be VERY happy to have this fellow in Congress.

Seems like Lynda Bennett was hand picked by the incumbent who had announced his resignation to become Trumps Chief of Staff. Trump had no choice but to endorse the hand picked lady. Constituents didn’t like the ‘inside politics’ and voted in what appears to be someone else with the right positions to Continue to advance the Trump Agenda.

In other election news tonite, it looks like Eliot Engel, a noxious arse of a long-time liberal Dem who was heavily involved in the Trump Ukraine impeachment is going down hard (63-35 percent) to an AOC leftist. Carolyn Maloney, whose chief credential to being elected a congresscritter was that her husband was one of the victims of the NY train shooter, is in danger of losing to another far leftist. And Chris Collins seat in upstate NY is being won in a landslide by a Republican in a heavy red district.

the loser was Meadow’s pick and POTUS followed suit.

Wrong. That was Carolyn McCArthy

Right you are, I checked. But they both seem to be (or have been) political soulmates.

The kid lives in my area. He had a good team and a budget because his signs and banners are everywhere.

Local radio played an ad with audio of his opponent, Bennett, saying she was against Trump, “Never, never, never”. I’m guessing it was from 2016. It got a lot of airplay around here.

Well then that explains why he was selected over her, doesn’t it. 8>) 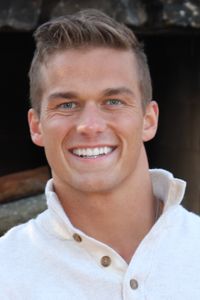