Biden Criticizes Trump for Openness to Meeting Maduro, Despite Own Meeting with the Venezuelan Strongman
Breitbart ^ | June 23 2020 | HARIS ALIC

Democratic presidential candidate and former Vice President Joe Biden attacked President Donald Trump on Monday for claiming to be open to meeting Venezuelan dictator Nicolás Maduro — something Trump appeared to be mulling, but which Biden has actually done.

The former vice president, who played a central role in crafting the Obama administration’s foreign policy, criticized Trump on Monday for appearing to reverse his position on Maduro’s legitimacy in Venezuela.

Biden doesn’t remember who he met with this morning, other than years ago. I would imagine he imagines he met with Captain Kangaroo and Mr. Greenjeans for breakfast and they talked about the show’s transition to color tv.

2 posted on 06/23/2020 7:57:45 AM PDT by laconic
[ Post Reply | Private Reply | To 1 | View Replies]
To: knighthawk
Biden’s tough rhetoric omitted that he had met with the Venezuelan dictator in the past. The two men encountered each other briefly at January 2015 inauguration of then-Brazilian President Dilma Rousseff. The impromptu meeting appeared friendly, with Maduro and Biden photographed smiling and amicably shaking hands.

No doubt Biden was trying to shake him down for Hunter, but when that failed Biden got mad.

Uhhhhh. Wait. Isn’t there a pic of some guy named Baraq Soetoro smiling and sharing a soul brother handshake with a different Venezuelan dictator? 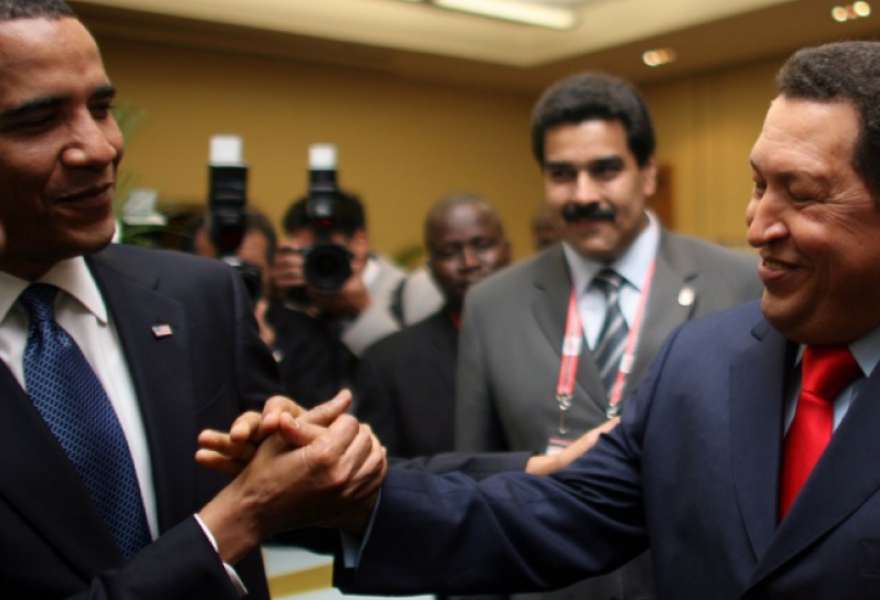 And the guy directly behind Chavez is Nicolas Maduro, the current dictator hand-picked by Chavez.

The hell you say! Somebody ping Sleepy Joe Biden. HA! As if.