President Trump denied early Monday that he told then-national security adviser John Bolton the holding of military aid to Ukraine was tied to investigations into Democrats.

Trump said he “NEVER” had that conversation with Bolton despite a New York Times report that claims Bolton was told Trump wanted to continue freezing $391 million in security assistance until officials in Ukraine helped with the probes.

“I NEVER told John Bolton that the aid to Ukraine was tied to investigations into Democrats, including the Bidens,” Trump wrote on Twitter.

“In fact, he never complained about this at the time of his very public termination.”

The president insisted that if Bolton made the remarks, it was “only to sell a book.” 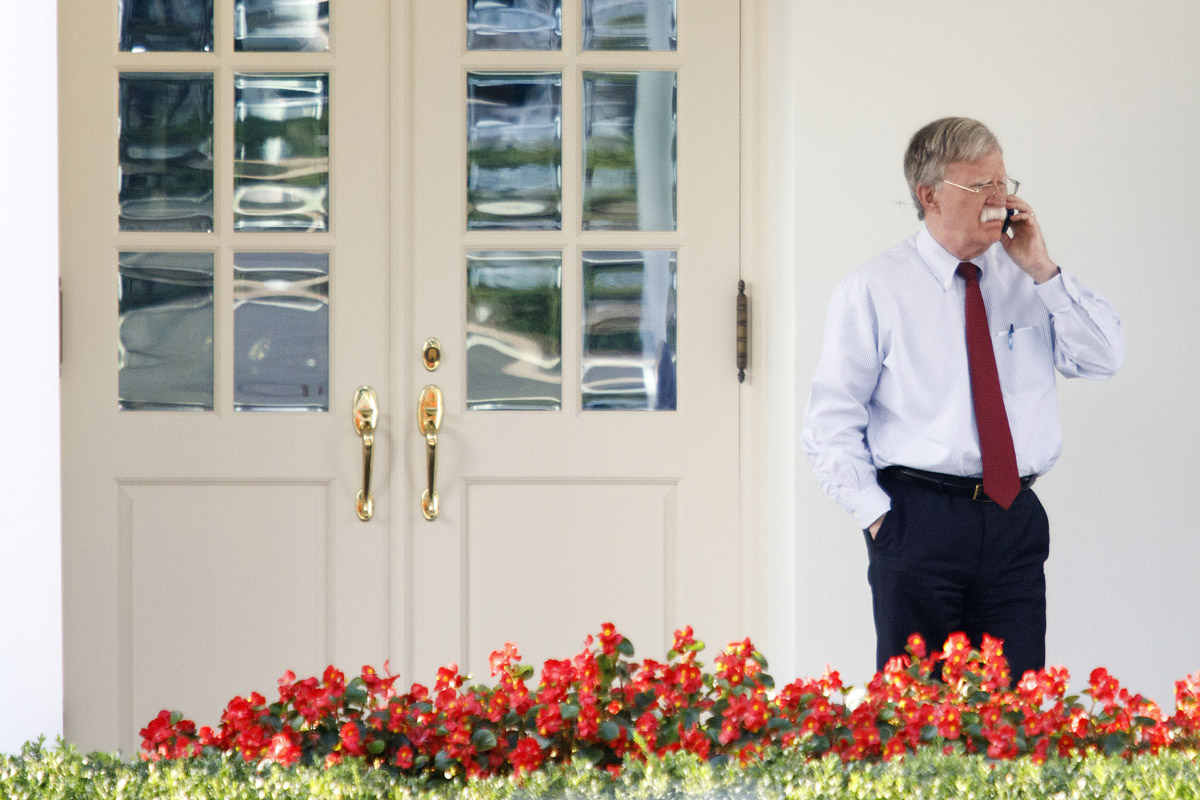 1. Bolton’s book was obviously timed for maximum impact & sales. Having written 8 books, I can tell you that it’s extraordinary that an author could complete a book in about 2 months and the published release it in 3-4 months.— Mark R. Levin (@marklevinshow) January 27, 2020

2. In approximately 6 months since departing the White House, Bolton’s book will be in bookstores.
And now the litigation strategy makes sense. First, he went to court to seek a judge’s opinion on whether he could testify in the House.— Mark R. Levin (@marklevinshow) January 27, 2020

3.Then, he does an about face, announcing through counsel that he’s available to testify should the Senate ask him. Therefore, he sought to delay any testimony while still writing his book, but after he completed it - submitted it for NSC review, he became available for the trial— Mark R. Levin (@marklevinshow) January 27, 2020

4. And he became available because he knew he’d be criticized for holding back his allegations until the book’s release. Moreover, the strategy also maximizes publicity for the book. The cover of the book is presently highlighted on Drudge and through the media.— Mark R. Levin (@marklevinshow) January 27, 2020

Bolton has burned ANY chance anyone would ever hire him again. His lies, lack of loyalty required of higher level positions, and his immature rants have done him in. Not to mention he’s full of shit and knows very little of foreign affairs outside of demanding one war after another.

if you think about it, Bolton is pretty much professionally screwed. For decades, he was a thorn in the side of the left in so many respects. Now no one on the right likes him, either.

Basically he’s a man with a distinguished pedigree who literally has no way to make a living.

That’s the context in which to look at his actions.

Democrats will get into bed with people that they absolutely abhor if it makes Trump look bad.

I suspect CNN will give him a contract.

But just like the publishing of the phone call which effectively supports the President in every way, Bolton's book will do the same....support the President.

The Dems get a little media time to claim cover up....and the leaker will fade into the sunset.

Bolton should not have been hired by Trump in the first place.

1. By the way, having served at the highest levels of government in the Reagan administration, I’ve never written a book and would never write a book about my interactions or disagreements with colleagues and superiors, let alone the president.— Mark R. Levin (@marklevinshow) January 27, 2020

2. On a daily basis, there are robust and passionate discussions about policy, etc., in every administration. Publishers pay big bucks for these kinds of books. And often the author is disgruntled and self-serving in their narrative and trying to settle scores.— Mark R. Levin (@marklevinshow) January 27, 2020

So this fake but accurate story says President Trump made clear that the aid was tied to investigations.

1. They got the aid.
2. They did not do any investigations

I am an uneducated deplorable so maybe I am missing something.

So this fake but accurate story says President Trump made clear that the aid was tied to investigations.

1. They got the aid.
2. They did not do any investigations

I am an uneducated deplorable so maybe I am missing something.

DESPITE a NYT report. Yeah, because the NYT is a paragon of virtue.

Typical behavior for a disgruntled employee. Bolton should be above that, but apparently he isn’t.

Trump said he didn’t. Bolton apparently said he did. Have to wait for the book to come out to see what Bolton has to back his claim up.

And if Bolton says aid was tied to investigations maybe he has a chapter that explains why they got the aid without investigations.

17 posted on 01/27/2020 8:30:19 AM PST by ScottinVA (Amerexit... the only way.)
[ Post Reply | Private Reply | To 5 | View Replies]
To: shelterguy
And if Bolton says aid was tied to investigations maybe he has a chapter that explains why they got the aid without investigations.

Hopefully someone will leak that part since I don't plan on buying Bolton's book.

The LIBs have hated him since day 1 way back when he was introduced as an R.

Maybe some would/could say ‘a loose cannon’ (in LIB speak) but I can picture PDJT saying ‘lets take care of it’ and Bolton took it literally and figured that is how HE would have taken care of it and figuring on same page etc etc.

Love the LIBs and their utter stupidity.

WHOMEVER PDJT nominates for anything, the LIBs immediately start ‘condemning’ the choice accusing the choice of any or everything.

When PDJT ‘tires’ of or figures the guy can’t do the job, Sessions, for example, the LIBs all of a sudden turn the previous ‘bad choice’ into an American hero etc etc.

The clowns are so dumb they DON’T even start with ]

‘We told you he was NO good’ etc etc

“Have to wait for the book to come out to see what Bolton has to back his claim up.”

Or a tape recording of the conversation.