Not just any workplace, but arguably one of the world’s most powerful offices — although its power is seen to be rapidly diminishing.

Which office is this?

The political team at No 10, Downing Street; the office of British Prime Minister Boris Johnson.

Are you calling Boris a weirdo and a misfit?

There are many who will agree with that characterisation. But I was referring instead to an unconventional ‘recruitment’ ad that is inviting “weirdos and misfits with odd skills” to apply to work at the heart of the British government.

The ‘ad’ was posted on the personal blog of Dominic Cummings, Chief Political Adviser to Johnson. Cummings is himself a bit of a ‘weirdo’: according to media accounts, an airline that he helped found — offering services from Samara (in Russia) to Vienna (in Austria) — “once took off forgetting its only passenger.”

So, he’s an operations wizard!

You may mock, but Cummings is acknowledged as the political strategist who steered the ‘Vote Leave’ campaign during the Brexit referendum in 2016 and masterminded Johnson’s election victory in December 2019 on the promise to “get Brexit done”. Now, he’s working to whack the British civil service into shape. His ‘recruitment ad’ was part of that effort.

What did it say?

Cummings claimed that while there were many brilliant people in the civil service, “there are also some profound problems at the core of how the British state makes decisions.” And that Brexit, which takes effect from January 31, requires changes in policy and in the structure of decision-making. “We want to hire an unusual set of people with different skills and backgrounds to work in Downing Street,” the ad said.

The ad gets more specific: “We need some true wild cards, people who never went to university and fought their way out of an appalling hell hole… If you want to figure out what characters around (Vladimir) Putin might do, or how international crime gangs might exploit holes in our border security, you don’t want more Oxbridge English graduates who… spread fake news about fake news.” Such weirdos, he added, should be able to circumvent “the horrors of ‘Human Resources’ (which also obviously need a bonfire).”

Sounds like he wants to torch the Whitehall bureaucracy.

It does. The Narendra Modi government’s efforts to catalyse ‘lateral entry’ of professionals, including from the private sector, into the Indian civil service seem tame in comparison. In both cases, however, leaders are evidently looking for “cognitive diversity” in bureaucratic thinking.

It refers to the inclusion of people with different ways of thinking and problem-solving, who can offer a unique perspective. In his book The Difference, complexity scientist Scott Page claims that in many problem-solving contexts, “diversity trumps ability”. He says, “If we are in an organisation where everyone thinks in the same way, everyone will get stuck in the same place.”

Have ‘weirdos’ responded to the ad?

Media accounts claim that “thousands upon thousands” of people — “from university professors to Pret a Manger workers” — have applied, claiming they have a unique perspective that the government could profit from. One of the more zany applicants is Uri Geller, a magician who claims he can bend spoons with his psychic powers! Perhaps, he could qualify for the ‘chief weirdo’ slot.

The Progressive party is over diversified.

The diversity of the women is an attempt to destroy America. 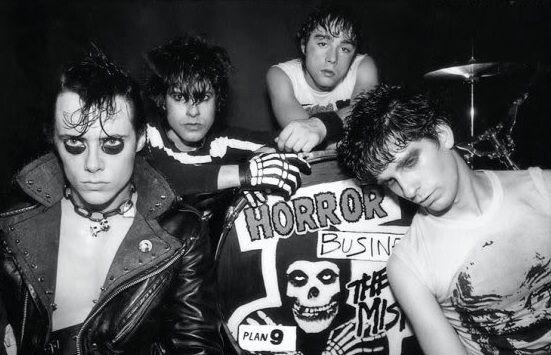 ...and Bobby Steele, who is still carrying the horror punk torch.