Remember when Hillary Clinton repeatedly stated that the 55,000 pages she turned over to the State Department in December 2014 included all of her work-related emails?

In response to a court order in a Judicial Watch case , she declared under penalty of perjury that she had “directed that all my emails on clintonemail.com in my custody that were or are potentially federal records be provided to the Department of State, and on information and belief, this has been done.”

We’ve known for a while that this was not the case.

Now there’s more proof. We have released 37 pages of new Clinton emails recently “found” by the FBI that show the former secretary of state using her unsecure, non-government email to transmit classified information. The new emails also show Clinton used text messages for government business. The documents, which we received after a review by the State Department, include 13 new Clinton emails.

Here’s how poorly these emails were handled. The State Department did not provide information about where they were found; why they were not previously produced, or if additional records are anticipated. Last month, a Justice Department attorney could not tell a federal court judge how and where the FBI discovered the new cache of Clinton emails.

The emails were produced thanks to our Freedom of Information Act (FOIA) lawsuit for all of Clinton’s government emails sent or received on her secret server system ( Judicial Watch v. U.S. Department of State (No. 1:15-cv-00687)). We sought:

Here’s what we found.

In a email containing classified information dated August 30, 2011, Jeffrey Feltman, then-Assistant Secretary for the Bureau of Near Eastern Affairs suggested Clinton meet Lebanese Prime Minister Najib Mikati in Paris to talk about Syria and other issues.

In an email exchange on August 31, 2011, Clinton top aide Huma Abedin says she sent Clinton “a couple text messages,” and offers to “send Monica [Hanley] to hamptons to help you get organized.”

In an email sent on April 10, 2012, Clinton forwards to her then-Deputy Chief of Staff Jacob Sullivan a memo on the Egyptian election campaign that includes information on the Muslim Brotherhood that she received from Sidney Blumenthal . In this memo, Blumenthal claims to have “Sources with access to the highest levels of the Muslim Brotherhood in Egypt, the Supreme Council of the Armed Forces, and Western intelligence and security services.”

On November 7, 2012, Mills forwards a classified email chain with the subject “global health doc” to Clinton’s personal email. The initial email, which included a draft of this document was labeled and highlighted “Confidential fyi – not for larger dissemination to ANY others.”

In an email dated August 30, 2011, Clinton forwards to Sullivan, her top foreign policy advisor, an intelligence memo on Libya that was sent to her earlier by Blumenthal with the subject line, “H: Very good intel re: inside NTC. Sid” NTC is the acronym for the Libyan National Transitional Council. The State Department redacted Hillary Clinton’s comments about the Blumenthal Libya memo.

In a heavily redacted email chain between January 25-26, 2009, Clinton CCs her BlackBerry in a discussion about an envoy to North Korea with her then-Chief of Staff, Cheryl Mills, and former State Department Special Advisor for Nonproliferation and Arms Control Robert Einhorn. Einhorn sends Clinton, “several names for [Clinton’s] consideration.” Clinton replies from her personal email account.

After Einhorn responds, Clinton asks Mills privately to put Einhorn and someone only identified as “Rose” “into transition space.” She also asks that then-Senators John Kerry and Richard Lugar be on call lists to “schedule the two of them.”

On February 18, 2009, Mills sends an email to Clinton, Clinton’s BlackBerry and Abedin containing a message “For HRC from [former Ambassador] Frank Wisner” about Clinton’s request for his thoughts on her upcoming trip to Egypt.

On August 2, 2009, in an email with the subject line “Feingold,” Huma Abedin sends to Clinton’s personal email a memo from Russ Feingold about issues concerning Somalia, Angola, the Democratic Republic of Congo, Liberia and Nigeria. The memo also includes information on the Islamist militant group, Boko Haram in Nigeria.

In an email dated January 8, 2012, which included Clinton’s schedule, Abedin emails Clinton’s main scheduler Lona Valmoro to check to see if Clinton will have enough time to prep for her Elle Magazine interview. She also had an interview with Lisa DePaolo of More magazine. That same day, Clinton took five questions during her phone call with 200 personnel from the US Embassy in Kabul.

In an email dated October 31, 2012, then-former-State Department Director of Policy Planning, Anne-Marie Slaughter emailed Clinton’s personal email, as well as Sullivan, Abedin, Mills, and Clinton innovation advisor Alec J. Ross a document asking for State Department support for a satellite channel that would “allow Syrians to talk to Syrians in a citizen-controlled format.” Slaughter adds that she’s “made contact with the Swedes” on this issue.

What does all this mean? Magically, after years, the FBI finds more Clinton emails that show Clinton used text messages for government work, not to mention the continuing flow of classified information transmitted over her unsecure email system. These documents further underscore the need for a fresh, unbiased and thorough criminal investigation into Clinton’s blatant malfeasance – and the related DOJ, FBI, and State Department cover-up.

The production of documents in this case was to have been concluded with the FBI’s recovery of approximately 5,000 of the 33,000 government emails Clinton took and tried to destroy, but, as you see, this case is still in progress.

Time to take the hit squad to Ireland

At this point, what difference does it make?

Does anyone else feel like they’ve read this same story about 950 times?

Every day that Hillary Clinton isn’t in prison is a slap to the face of the US.

nothing to see here, JustUs Department closing down investigation.

Fear not. Huber is on top of it.

How does the group .. Judicial Watch.. Get access to all of Clinton's gov't emails?

What security clearances does Judicial Watch have to review documents of Federal Empolyees:? 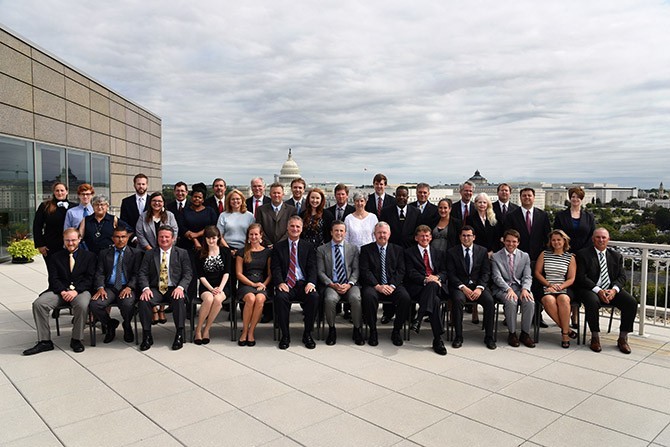 They request via the FOIA. Not sure what you are alluding to?