As the black SUV came to a stop on 33rd Street in Manhattan, its lights flashing, a pale hand stretched through the open window of the passenger door and gave a little wave. It was attached to Rudy Giuliani, who smiled from behind his tortoiseshell sunglasses. He apologized for being late. “Couldn’t go on sidewalks like I used to,” he said, mourning a perk of his past life as mayor.

It was early in the afternoon on Sunday, December 8, and Giuliani had just returned from Ukraine, where he said he was looking for information to undermine the case to impeach his client, President Donald Trump.

“We snuck out of Kiev to escape having to answer a lot of questions,” he said, though it wasn’t clear if he meant from the press or government officials. “They all thought we were going to leave on Friday morning, and I organized a private plane to go to Vienna on Thursday night.”

The back of the car was cluttered with luggage. His bodyguard, a retired NYPD officer who loves Donald Trump almost as much as he loves his boss of ten years, got out to move the bags to the trunk while Giuliani climbed into the backseat.

When Giuliani got to his hotel in Vienna, he said it was 2:30 in the morning, and the first thing he did was search for opera tickets. “Lo and behold, that Friday night they were performing Tosca, with the conductor Marco Armiliato.” He sang me an aria from Rigoletto, one of the first pieces he fell in love with when he was introduced to opera in high school, as he theatrically conducted with his hands.

Why is Giuliani the most interesting man in the world to the Democrats? Why did Kamala Harris spend most of her questions to Michael Horowitz on a completely unrelated topic trying to discredit Giuliani? Why do the same smart people that assured us that Trump was absolutely going down for Russian collusion now attacking Giuliani as a crank and a kook? Why does Biden assume everyone that asks him about the Ukraine scam is a liar and not just mistaken? He has a giant guilty sign hanging around his neck.

By Giuliani’s enemies yea shall know him.

The author does his best to make Giuliani out to be a lush and senile nutter without saying so directly. Everything on the Bidens was made to sound specious. I wonder how the interview really went.

Quite a bit of it was unpacked in a 3 part One America News report. Here is the link - 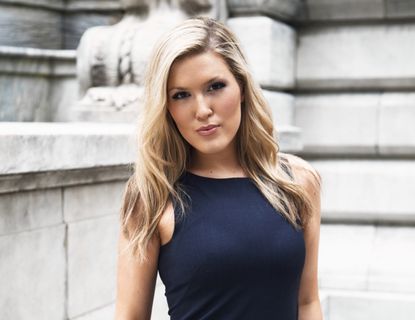 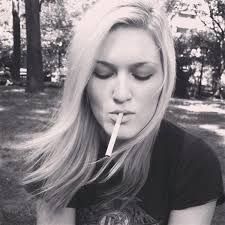 New Yorker? I’ll bet there is about 3% truth in the writing of this retard and zero objectivity. I won’t read more than a few sentences because it is the New Yorker and not worth my time..

One of them is the author of this hatchet job. She actually devotes a couple of sentences to spittle running down the side of Rudy’s mouth?

What a silly article. Nothing substantive in it whatsoever. Appears to have been written merely to try to discredit Rudy and some of the allegations surrounding Ukrainian corruption. Only thing missing was the word “debunked”.

The author doesn’t appear to know that the U.S. Embassy in Kiev financed, together with Soros’ money, their own “anti-corruption” agency inside Ukraine. It would have been simple for him to check it out instead of just trying to write it off as conspiracy.

10 posted on 12/23/2019 2:54:57 PM PST by monkeyshine (live and let live is dead)
[ Post Reply | Private Reply | To 1 | View Replies]
To: MAGA_patriot
As we walked into the hotel lobby, Giuliani said he hadn’t yet discussed the possibility of representing the president during the Senate trial, but visions of cross-examining congressional Democrats and witnesses made famous during the hearings, something he hasn’t done since the ’90s, satisfied his desire for revenge.

Would be great TV !

11 posted on 12/23/2019 3:09:07 PM PST by ml/nj
[ Post Reply | Private Reply | To 1 | View Replies]
To: MAGA_patriot
"When Giuliani got to his hotel in Vienna, he said it was 2:30 in the morning, and the first thing he did was search for opera tickets. “Lo and behold, that Friday night they were performing Tosca, with the conductor Marco Armiliato.”

She goes out of her way to say his fly is undone, he drools, cannot remember facts, is incoherent, is a stumbling drunk, a known lush and all the while pretends like she is being totally objective. She ends with him forgetting his cell phone in the cab. Right!

She is a former Anthony Weiner intern out to make a name for herself. I would believe Bill Clinton is a virgin priest before I believed anything that comes out of her mouth.

An Anthony Weiner intern. Should sat everything you need to know.

No wonder he talked to her.

The author does his best to make Giuliani out to be a lush and senile nutter without saying so directly. Everything on the Bidens was made to sound specious. I wonder how the interview really went.
____________
The interviewer is a woman (Olivia Nuzzi) but you’re forgiven.

I thought along those lines too. While a good, literate interview notes certain physical characteristics of the interviewee, this writer reads like an LPN filling out a medical chart: fly of the pants unzipped, drools down the side of his face, falls against the wall but rights himself, says husband instead of father, forgets his cellphone.

Here is the guy trying to be genuine with her, going into opera singing, probably showing off about his past as a federal prosecutor (perhaps she is a goodlooking woman) and here she is noting little derogatory details about him. She is...like a woman describing a set-up blind date on the Daily Mail, but with no outcome. Not only do her details not add up to a characterization, they are not particularly telling nor I would guess are her questions designed to elicit more of who he is.

A big raspberry to this snarky reporter and I still think Giuliani is good stuff, drool or no drool.

An Anthony Weiner intern. Should sat everything you need to know.
_________
Weiner tried to run a very bad campaign for mayor and did not get very far.
Giuliani ran a campaign and won and was a good mayor.

She is a goodlooking woman. I am sure I was correct; he went into his score as a federal prosecutor to impress her. He likely did the singing for the same reason. He is such a rooster, but he does not deserve a no-talent bimbette like Olivia Nuzzi. He should have be given a far better interviewer.

Rudy sure has a LOT of people concerned bout him and his welfare the past half year.

That’s when you know someone can damage the dems.

They either show HATE or FAKE PITY.

I hope he helps Trump bring them all down