Did not see that on the sidebar. Thanks

Some info from the article:
snip
For the second time in two days, a deadly shooting unfolded at a US Navy base
when a gunman opened fire at Naval Air Station Pensacola on Friday, killing at
least two people and injuring several others.

The shooting is over, the Escambia County, Florida, Sheriff’s Office said, and the
shooter is dead.

“Multiple injured personnel have been transported to local hospitals. We will
continue to work closely with law enforcement agencies,” Lt. Cmdr. Megan Isaac
said in a statement.

Both of these two shootings on naval bases are probably the result of personal beefs. The Pearl Harbor drydock shooting — in which a uniformed sailor stationed at a gangway shot two or three civilian employees working on the sub, then himself — was likely the result of constant teasing or real or imagined insults. Of course there’s always the “personal relationship” angle too . . .

The thought did cross my mind...

What are they trying to draw attention away from?

The Pearl Harbor drydock shooter was a submariner named Gabriel Romero, but only Heavy.com has reported this; the USN and all other news outlets are being tight-lipped. There was also the odd mention of a “nearly naked man” (a civilian) in some sort of emotional distress, pacing and moaning and carrying on just outside the base gates. Photos of armed military personnel attempting to calm him suggest he’s Asian or Hawaiian in appearance, and may have blood on him. Perhaps some sort of gay relationship gone wrong?

That description sounds to me more like a witness to the shooting who was hit with body material.

I find it odd we have had to shootings on naval bases so close to Pearl Harbor day.

I don’t have any detailed info on these incidents. And I am not going to say “I told you so.”
But I will say “God told you so.”
Because Romans 1:18-27 address what seems to be going on all around us these days.

18 The wrath of God is being revealed from heaven against all the godlessness and wickedness of people, who suppress the truth by their wickedness, 19 since what may be known about God is plain to them, because God has made it plain to them. 20 For since the creation of the world God’s invisible qualities—his eternal power and divine nature—have been clearly seen, being understood from what has been made, so that people are without excuse.

21 For although they knew God, they neither glorified him as God nor gave thanks to him, but their thinking became futile and their foolish hearts were darkened. 22 Although they claimed to be wise, they became fools 23 and exchanged the glory of the immortal God for images made to look like a mortal human being and birds and animals and reptiles.

24 Therefore God gave them over in the sinful desires of their hearts to sexual impurity for the degrading of their bodies with one another. 25 They exchanged the truth about God for a lie, and worshiped and served created things rather than the Creator—who is forever praised. Amen.

26 Because of this, God gave them over to shameful lusts. Even their women exchanged natural sexual relations for unnatural ones. 27 In the same way the men also abandoned natural relations with women and were inflamed with lust for one another. Men committed shameful acts with other men, and received in themselves the due penalty for their error.

I know that there are a number of unbelievers on this forum. I pray that all would give heed to God’s clear warning. I fear for the souls of those who reject Him, and prayerfully ask that all consider His warnings.

Boot camp must be mighty easy these days if people who have completed can go off this horribly as a result of "teasing or real or imagined insults". Yikes! How would a snowflake military do in a real war?

The shooting took place at the drydock, where the sailor was on duty and the civilian shipyard workers were . . . working. The “nearly naked” man was just outside the base, near the entry gates, an obvious civilian. My suspicion is that he was somehow involved with or known to the shooter, Gabriel Romero, but he was nowhere near the shooting. He may have had a nasty argument / breakup with Romero earlier in the day and followed him to the shipyard, distraught and suspecting something nasty was going to go down.

The first deep state event. This weekend could be rough due to the FISA report.
Be weary this weekend.

Further evidence that homosexuals should never be allowed in the military

And I hear some advocate for mandatory military service. Six months of Lord of the Flies, with firearm training, and then turn the traumatized emos loose on society.

4 dead including shooter last I heard.

Shooter described as Middle Eastern foreigner there for training. 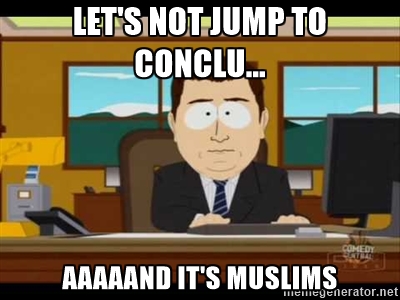