Border officials apprehended just over 52,000 migrants at the southern border in September -- another drop in numbers for the fourth consecutive month -- as administration officials said Tuesday the numbers are proof that policies at the border are working.

Total encounters, making up those apprehended or turned away, were 52,546 in September, Customs and Border Protection (CBP) announced. It marks a drop of almost 65 percent from the 144,000 encountered in May, and an 18 percent decline from August, when just over 64,000 were apprehended.

"This represents the fourth month in a row of a steady decline in apprehensions," Acting CBP Commissioner Mark Morgan told reporters. "This is an unprecedented achievement."

Morgan pointed to agreements with other countries such as the Migrant Protection Protocols (MPP), which involves sending migrants back to Mexico to await their hearings... Morgan said that CBP has enrolled more than 51,000 migrants in MPP and said they receive protection and permission to work while in Mexico.

As noted in the article, not only are fewer being arrested, but more of those being arrested are also being sent right back to Mexico, under the "Wait in Mexico" (MMP) Policy; or held in detention, after ended the Flores Settlement Agreement.

"Catch and Release" into the United States is being ended.

The new regional agreements with countries such as Mexico, Guatemala, Honduras and El Salvador; are proving to be very effective.

Hottest 4 months of the year maybe?

How about deportations? Round em up ship em out.

“Hottest 4 months of the year maybe?”

No, the seasonal effect is not really that big - it does not even show up in most years. Immigration policies and economics drive the flows.

This is a really big turn around - very significant reductions.

Not mentioned in the article, the deployment of the Mexican military to avoid threatened tariffs, is probably the biggest factor of all. They are not bound by restrictive rules, or hounded by Leftist activists and lawyers.

19 miles of Wall near Douglas,AZ. has begun. Running east toward NM.

Now we need to ramp up removals about ten fold.

We have a lot of bailing to do.

The lifeboat is still swamped.

That is part of the projects funded with DoD Counter-Narcotics funds. The 63 total miles in Arizona from those funds is still subject to a nuisance lawsuit, based on the use of environmental waivers (which has already been upheld in CA, NM and TX).

In the court filings, CBP said they would do the two miles around the Lukeville Port of Entry by October first, and start their two big runs after that day.

The fact that they started the run from Douglas, means that the rest of Organ Pipe/Cabeza Prieta is probably now underway as well. It is all scheduled to complete in 2020. 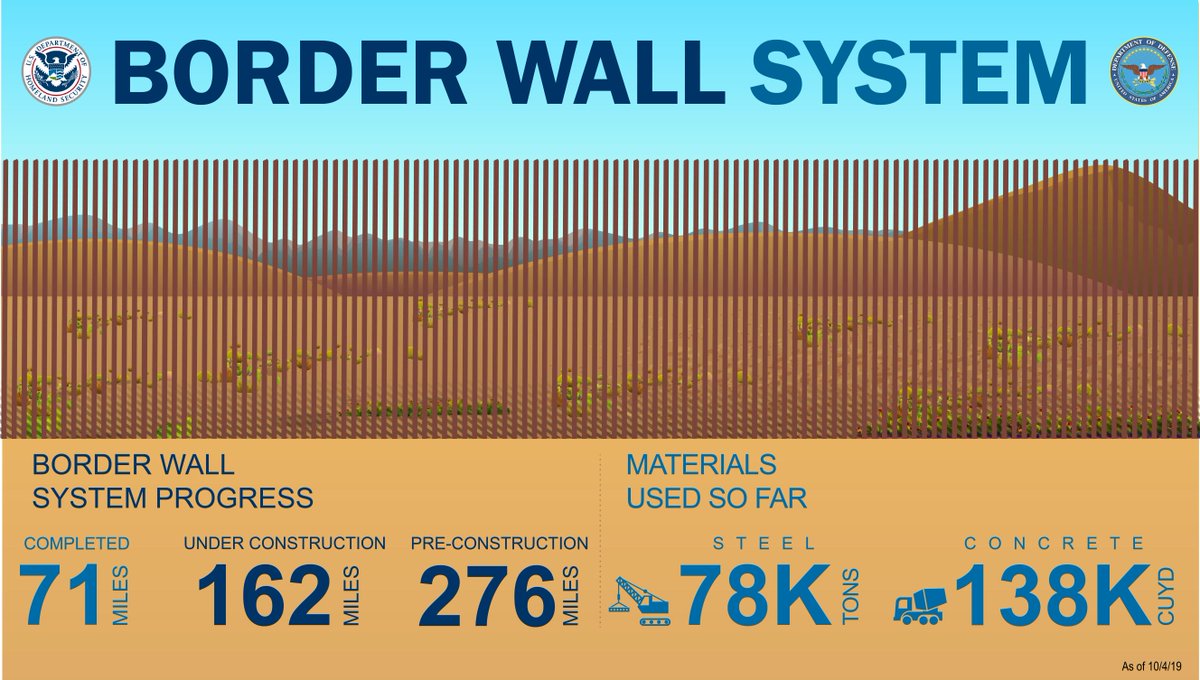 71 miles out of 2000 miles of border amounts to having to skip over a cactus.

The numbers drop every year during the hot 100 degree summers. Every year there are happy reports the numbers are down due to security. 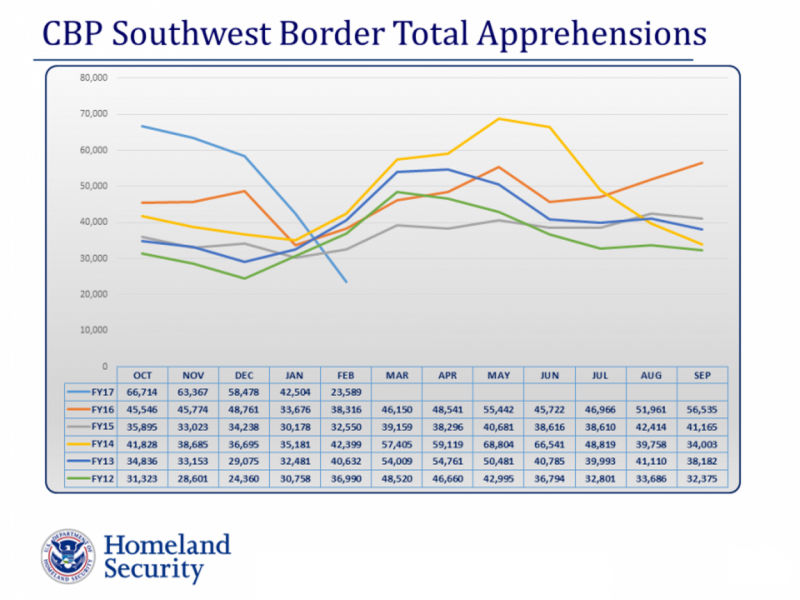 Mexico must be running out