For years, Shaun King has risen as one of the more high-profile activists of his era and that in turn has led to a growing number of critics from all sides who believed his efforts were questionable. Amid a chorus of dissent, King has released what he has deemed is an independent review of his finances and fundraising efforts to prove that he has not taken any monies for himself or family.

The report was published via Medium and features the research work of Tamika Mallory, Co-Chair of The Women’s March and Co-Founder of Justice League NYC and civil rights attorney Lee Merritt, who King claims he gave full access to all his accounting records, including his bank account, credit card statements, and work with a pair pf political action committees.

Shaun King recently contacted a team of experts in justice reform, law, finance, and compliance to take an unfettered look at his finances over the past five years of his public leadership. He instructed us to share whatever we found, whether flattering or otherwise, and he even helped us make direct contact with dozens of individual family members, charities, and campaigns for whom he has helped to raise money.

This report was authored by Tamika Mallory, Co-Chair of The Women’s March and Co-Founder of Justice League NYC; Becky Bond, partner at The Social Practice; Tiffany Hawkins and Allan Boomer, financial experts with Momentum Advisors; Rob Smith, attorney and executive for The Justice Collaborative; David Mitrani, attorney for Sandler Reiff; and Lee Merritt, civil rights attorney — with the support of CPA and tax attorney Richard Bell.

Whether or not this quells King’s critics that he has pilfered funds for his own gain remains to be seen. However, families that King has openly spoken up for have praised him for his efforts, including the families of Botham Jean, Nia Wilson, Philando Castile, and others.

The 72-page report can be found here.

Some jealous fuddy-duddies are wondering where it all went.

Okay.... This guy is actually white, correct? So why did Rachel Dolezal get hammered & this guy doesnt?

That ain’t an audit

By black standards, the guy’s probably Honest Abe. Of course, he’s not black, which explains a lot. 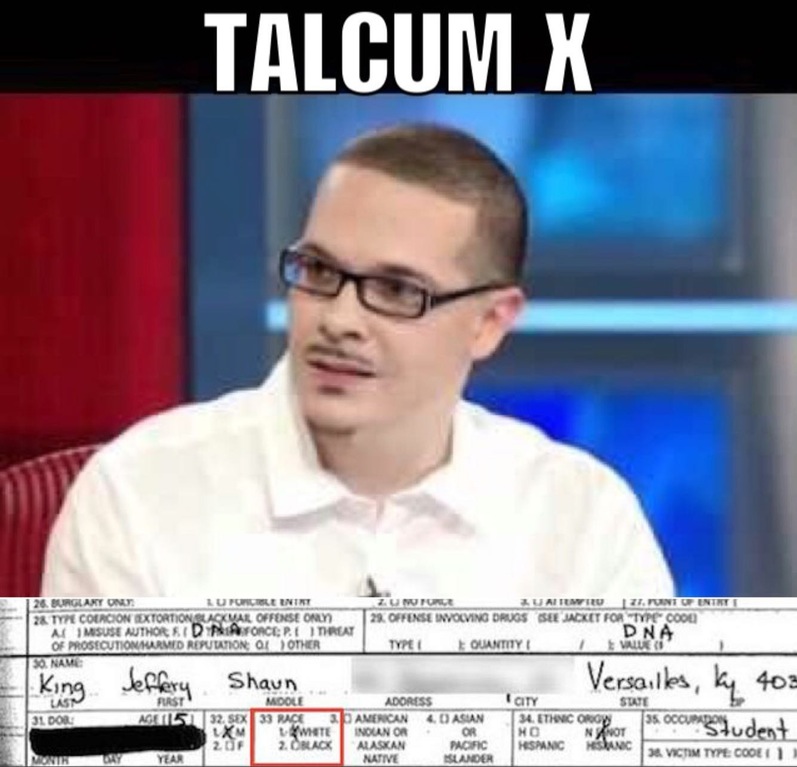 An investigative blogger claims that a prominent leader in the Black Lives Matter movement has been living as Rachel Dolezal 2.0 — by pretending to be biracial when he is actually white, even going as far as convincing Oprah Winfrey to give him a full-ride scholarship to a historically black college.

Shaun King, 35, has spent years touting online and in public that he is the “son of a Caucasian mother and an African-American father.”

While acting as a high-profile social activist, he has campaigned against “police brutality” and has been praised by blacks as a hero in the civil rights community. King has even written extensively about dealing with “decades old racial tension” during his childhood and being bullied by “the resident rednecks” of his school.

But blogger Vicki Pate claims it’s all a sham — and she says she has the evidence to prove that the Black Lives Matter advocate is 100% white, according to Breitbart.

Head of the investigative blog “Re-NewsIt!,” Pate has been assembling forensic accounts of King’s personal background and family tree.

She alleges that King’s birth certificate, which was obtained by Breitbart, shows a birth date of September 17, 1979 in Versailles, Kentucky and lists his father, Jeffery Wayne King, as being white, not black like he has claimed before in the past.

Pate charges that a man with the same as King’s dad has been the subject of multiple arrests in the Bluegrass State and can be seen in his mugshots as being clearly Caucasian.

He was born on November 11, 1955 — which would make him 23 at the time of King’s birth, the same exact age listed for his dad on his birth certificate, according to Breitbart.

In addition, King’s brother, Russ King — who is also white — has told Pate that their dad is in fact the man in the mugshots.

To make things even worse, public records show that there is only one Jeffery Wayne King living in the state of Kentucky, Breitbart reports.

Though it is unique, King’s case is ultimately one that sparks thoughts of Rachel Dolezal — a civil rights activist from Washington who spent years claiming she was biracial when she in fact had two white parents.

To this day, Dolezal still insists that she “identifies as black.”

While Pate claims that King has focused his efforts on deceiving his peers, friends and family, his racial ruse was apparently enough to get Oprah to cough up a full-ride to the historically black Morehouse College, despite the fact that the scholarships are given exclusively to black men, according to Breitbart.

“Oprah Winfrey paid my way through Morehouse,” King boasted in his Daily Kos diary in 2014. “The leadership scholarship that I received from her is why I have a college degree today. Five hundred other brothers have the exact same story.”

Shaun King and Dan Rather

You’ve got to feel sorry for someone who is virulently racist against himself. As if guilt is hereditary...

But Dan Rather isn’t black.

One of them asked the other,

“Kenneth, what is the frequency?”

Because of his white male privilege.