“Everything these guys protest, I’ve lived it, I’ve experienced it,” said an impassioned Flores, who is the son of immigrants from Honduras. “They’re bringing attention to my story. I’m a son of immigrants. I’m black. I grew up poor. I’ve been stopped because I fit the description.”

Why any red blooded American would watch or support the NFL is beyond me. Now, a cold blooded commie I get.

The owner of the Dolphins could do a whole lot better for a coach than this thankless azzhole. NFL is dead to me and will stay that way.

Weird thing, the owner just held a fundraiser for TRUMP. So now his employees are using their workplace to slam America.

Oh, but you should see the Miami media this morning. They LOVE IT.

Looks like I will have to continue my boycott of the NFL. It gets easier by the year. Don’t even miss it now.

5 posted on 08/23/2019 3:41:12 AM PDT by odawg
[ Post Reply | Private Reply | To 1 | View Replies]
To: SoFloFreeper
I haven't watched an NFL game this century. There were two weeks of withdrawal. Then a whole new world manifested. There are a million things to do in the autumn.

I live in a serious 4 season state. It is nice to stretch the summer out a few more months.

I tell people in every NFL conversation at work or anywhere else to give it a try. Most people who try it like it.

The players are free to express their opinion. The owners are free to refuse to employ them if that expression offends the owners or hurts their business. I am free to ignore the NFL, which as an earlier commenter said, becomes more enjoyable with each passing year. 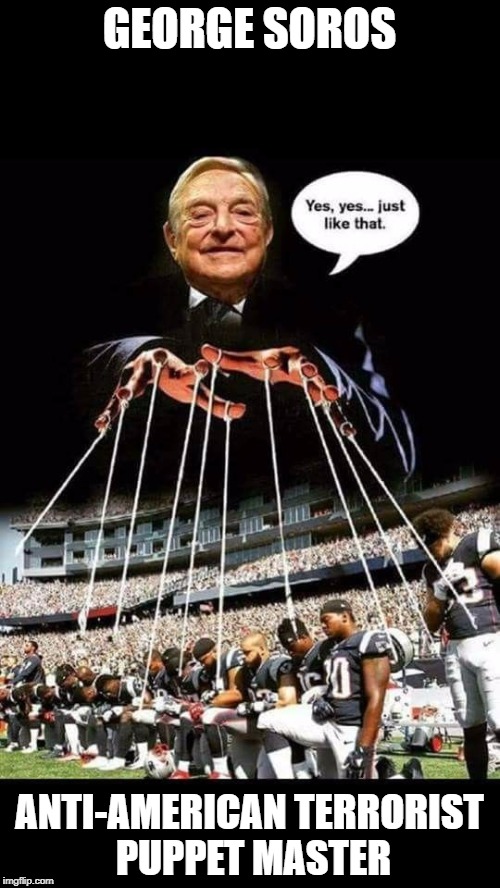 “Everything these guys protest, I’ve lived it, I’ve experienced it,” said an impassioned Flores, who is the son of immigrants from Honduras. “They’re bringing attention to my story. I’m a son of immigrants. I’m black. I grew up poor. I’ve been stopped because I fit the description.”

He should go back to Honduras where it’s so much better, or any other country of his choice.

Imagine growing up a poor black immigrant in a country that only allows you to become a well paid sports coach. How awful!

” I’ve been stopped because I fit the description.”

Yep. Flores had an opportunity to point out his success and how wonderful this nation is—much better than the work he probably would’ve been doing in Honduras.

Instead, Flores CHOSE to echo the “Woe is me!” pack of lies being advanced by the upper 1% players.

Flores was born and raised in Brownsville in Brooklyn, New York. Flores parents were from Honduras of Garífuna background. After attending Poly Prep Country Day School in Brooklyn, Flores played football at Boston College as a linebacker from 1999 through 2003. An injury prevented him from playing in the NFL.

As a Patriots fan I look forward to getting to watch the Pats throttle Miami twice this season.

This is why the NFL is dead to me. I never turned an NFL game on last year or the year before, and it won’t happen this year. I despise racists and traitors, and the NFL celebrates both.

Garifuna, also known as Garinagu, are the descendants of an Afro-indigenous population from the Caribbean island of St Vincent who were exiled to the Honduran coast in the eighteenth century and subsequently moved to Belize.
Garifuna communities live mainly on agriculture, fishing and foreign remittances sent by relatives abroad. Some are also involved in the technical trades. Garifuna who live in the rural areas mainly pursue a subsistence lifestyle, while those in the urban areas live similarly to their Creole neighbours, pursuing professional occupations.

The Garifuna know prejudice because they had better not be seen in Tegucigalpa or other western Honduras towns after sundown.

So the Hondurans are racist?

Thirteen percent of the population commits 53.6% of murders and 54.5% of robberies (2016 FBI UCR). God’s curse on America for the sin of slavery.

You can bet on it. So too are Mexicans. One finds few blacks in Mexico City. The inhabitants had their own Green River Laws in effect for decades.

19 posted on 08/23/2019 5:24:18 AM PDT by Bookshelf
[ Post Reply | Private Reply | To 17 | View Replies]
To: SoFloFreeper
I grew up poor too. Never saw new clothes, always hand-me downs. By the time they reached me, they were nearly wore out. I got a new outfit at Christmas, Easter and BD. Got 1 toy at Christmas. My bike cost a whole $6 from a flea market. We couldn't even afford drivers Ed or lunch money, I got a whole 25 cents to ride the bus and get a 5 cent carton of milk. Lunch was a bologna sandwich from home. Dad was the son of Immigrants, mom grew up just as poor in the rural Appalachian of the Smokey Mountains. Grand dad had Black Lung, Grandma worked in a Shirt factory.

And I was taught to be a Patriotic American by my parents, dad served under Gen Mac Arthur 5 major battles, including putting the First Flag back up on Corregidor, First Natural born, of Naturalized Parents.