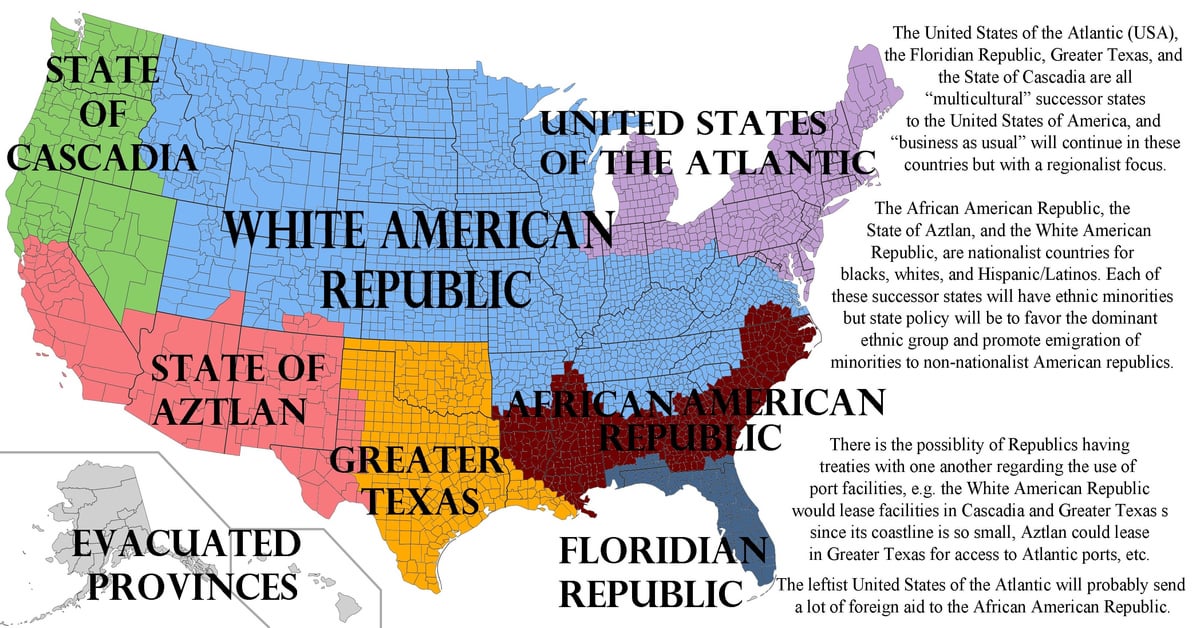 The United States of the Atlantic will become part of Canada.

The State of Aztlan will become part of Mexico.

The rest will Greater Texas (which will include Arizona, Alaska, and Hawaii.

Whomever made that map should have created a literal “left coast” — coastal CA, OR, and WA — Whereas the inland parts of those states would form the west-most part of the central flyover area.

What an incredibly racist conception. Must have been prepared by globalists and leftist Democrats.