Wow!! These demonic bastards haven’t even taken the oath of office and they are already spewing their evil plans!! This country is breaking apart in front of us...This coming year will be a BREAK OR MAKE moment for patriots!! We either do a yellow vest revolution when they TRY to remove the president or we’ll coward under our beds and let the globalist swamp destroy the sliver of America’s existence left or we fight! IT’S UP TO US!!! They destroyed the tea party in a blink..guess who is next? Dangerous times my friends!! Dangerous times indeed! Merry Christmas!

PT at only 49 percent disapprove in a NBC poll of adults! Let them keep it up, his popularity will go into the mid 50’s.

The Rs are still losing House seats to Ds and Trump defrauded voters? And the Rs stand by with corks in their mouths.

I think POTUS waited too long, though, with the declassification of docs. From the sounds of it, they know the collusion is dead, and they’re now going after some supposed campaign finance violation unrelated to Mueller or Russia investigation.

It’s why after they illegally raided Cohen’s Office (approved by Obama judge Ronnie Abrams, who also happens to be married to one of Mueller’s lead prosecutors Greg Anders), they moved it to SDNY Office.

Now once Mueller’s witch hunt ends with some kind of report suggesting all kinds of nefarious conspiracies but no collusion, the media narrative will move on to the SDNY campaign violation case. And this will hang over his head for the next two years into the election.

This saga will go on and on.

Can’t wait for the Mueller report. Once it drops, there will be no more possibility of democrat prosecutors claiming a document declassification is obstruction of justice. On the next day, Trump should declassify everything regarding the Russia hoax and the FISC court misuse, going all the way back to when Mueller ran the FBI. The records of UraniumOne need to be revealed, and everything having to do with the misuse of government regarding the White Bulger case. Bad actors and their reputations and identities be damned.

It means that a crime that would not exist if Mueller had not manufactured it after the election proves that hilLIARy should be president.

Did any of the senators stop “working” in their “business” (being a politician) while they were running? Did Hillary stop running her “business”(taking bribes)? Did Kacich stop working?

There is nothing illegal about working your regular job while running for president or even after you’ve won the election. It’s only after you’ve sworn in. How many times do we hear “all of his business will be put in a blind trust”? Every president I can remember.

Why was the Clinton Foundation not shut down while Hillary was running?

This whole thing is to try to make Trump look bad. Won’t work. Those who love him will keep on loving him. Those who hate him ditto. Except the ones who have jobs now.

Mueller should be made to say at what time he decided there was no collusion.

47 posted on 12/09/2018 9:37:02 AM PST by Terry Mross
[ Post Reply | Private Reply | To 1 | View Replies]
To: Avalon Memories
Won't happen because, taken as a whole, the American populace is a passive, tame bunch who have acquiesced to the Left's long march for the better part of a century.

It was probably a minority who were patriots in the American Revolution.

It doesn't take many. There aren't that many gilets jaunes, maybe 0.2% of the French population, if it's that much. 99.8% of the French are passive and tame.

Sessions was part of this from day one.

This article lays out the Democrat plan of action for 2019. While this is an article from the New York Times, it is clearly the office Democrat party plan, revealed by their loyal surrogate. If it backfires or fails to get out of the gate, the Democrats can denounce it, but have no doubt that this is what they intend to do.

Andrew McCarthy has suggested that the Special Counsel will not indict Trump (They are forbidden to do so), but since the campaign finance matter goes through Cohen, the indictment will come from the Southern District of New York. The indictment won’t go anywhere, but it will be all that the House will need to impeach the President. Buckle your seatbelts, it’s going to be a rough ride.

In the narrative that the special counsel, Robert S. Mueller III, and New York prosecutors are building, Mr. Trump continued to secretly seek to do business in Russia deep into his presidential campaign even as Russian agents made more efforts to influence him. At the same time, in this account he ordered hush payments to two women to suppress stories of impropriety in violation of campaign finance law.

What part of this is illegal? At the time these efforts and payments were supposedly made, Donald Trump was still a private US citizen. True, he may have declared himself to be a presidential candidate, but he wasn't yet an elected politician.

I'm not a lawyer, thank goodness, but I don't think there are any illegalities spelled out in this article.

Now we aren’t That was tax payer money. SO it’s ok. Trump spending money to keep Stormy quiet so he can save his marriage the headache is illegal because Hillary lost. 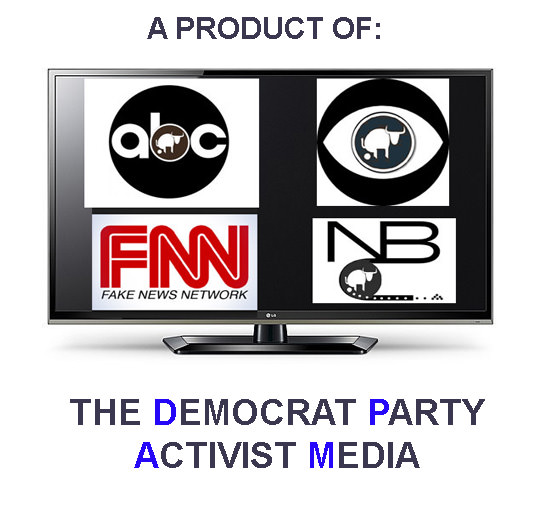 I want to see the statute that makes campaign promises binding.

Any DA trying to go after Trump for this would risk getting disbarred like Mike Nifong.

Correct, and the only antidote for all that is for the major players, especially including Mueller and Comey, to face criminal prosecution.

Sadly, there is no one to help Trump and there’s no one he can trust.