Once again Judicial Watch is doing the heavy lifting.

Conservative watchdog group Judicial Watch announced Wednesday it received 45 FBI documents that confirm a significant portion of the over 340,000 emails found on Anthony Weiner’s laptop were between then-Secretary of State Hillary Clinton and her aide Huma Abedin.

It documents the corruption and perjury by FBI officials.

Investigative reporter Paul Sperry reported back in August that the FBI only read approximately 3,000 out of nearly 700,000 emails found on Weiner’s laptop which directly contradicted Comey’s sworn testimony.

According to Sperry, it was Peter Strzok who hand-picked the 3,000 emails.

“Peter Strzok, the disgraced agent who was in charge of this Mid-Year investigation–he actually personally hand-picked the 3,000 email sample and with 2 other investigators and they went through them all supposedly…” Sperry said on FOX News’ Ingraham Angle.

Lock them all up

The worm better turn after these mid-terms. Past time for some accountability to arrive for a bunch of these perps.

What was in the ‘Life Insurance’ folder?

There are no laws and no penalties for the insiders.

Walk Rotten Rosie off the end of the gang plank.

We need to keep Congress.

Over and over again we here how guilty these criminals are yet nothing is done they need to be prosecuted and jailed!

There is a rumor that the FBI does not still have the laptop or hardly any of the files that were on it. It sounds like it may have been returned after the fake email investigation was closed. As for all the Highly criminal files that were on it. They were not part of the investigation and no warrant was sought to even “View” or investigate those files. That was all part of the coverup to protect Hillary. Just ignore those files and then return the laptop.

I hope that rumor is not true, but given that Rod, and Andy, and Obama would do anything to protect Hillary then it is not far fetched to believe that the rumor is true.

For those wishing to read the article straight from JW:

That laptop drive was ghosted. NYPD had it before the feds. There’s no way that a copy isn’t in a very safe place right now.

“There is a rumor that the FBI does not still have the laptop or hardly any of the files that were on it.”

When is NYPD going to hand over the copy they made of the hard drive?

Speaking of NYPD, haven’t seen/heard Rudy lately. Wonder what’s up with that.

<><>Did the Secret Service (who Hillary insists had been guarding it since it was really Bill’s Library/Foundation asset) accompany and supervise the transport of the server?

<><> Per the interview with Platte River Networks, did they just take it, lock it up, not power it up, connect it to the internet, or not have it functioning as an active email server?

<><> Who received actual server in NJ - the name of the Platte River Networks employee/technician? What WAS it - make/model/form factor, etc.?

<><> Did the Clinton Foundation (or issuer of the RFP on Hillary’s behalf) indicate that the company that would provide data services qualified to handle national-security-level data?

<><> In various interviews and reports, Platte River Networks repeatedly stated they were to “upgrade, manage, and secure” the server. What - specifically - does that mean?

<><> What did Hillary’s RFP/contract order the data center to do specifically?

<><> Does Platte River Networks have sufficient security clearance to handle this type of contract?

<><> What were the firewall protocols in place at the time?

<><> Who - by name - had access to the server, and the administrative authorization to wipe and cleanse the server? When was that done?

<><> Does “upgrade, manage, and secure” the server mean that they PRN was given the task to remove all data from the server when it received it in June 2013?

<><> Was malware or antivirus also on the server?

<><> Was the inherent firewall, virus protection, or operating system “upgraded, managed, and secured”?

<><> Any incidents reported such as DOS attack, hacking, etc.? What were they? How were they resolved?

<><> Other than arranging for the server to be moved from NY to NJ, what was the Denver company contracted to do in relation to maintaining the server?

<><> What tangible evidence is there that the server arrived in functioning condition, was being used as an email server, was “upgraded, managed, and secured”, then wiped just prior to seizure by the FBI?

<><> Were normal and regular backup procedures executed on the server, and where would the back ups be kept?

<><> If no backups were taken, was there a disaster recovery location?

<><> Where was that? If no backups and no disaster recovery, what was the plan if the equipment failed or found to have been wiped of any functionality?

<><> Were any foreign nationals employed at Platte River Networks, or at Datto, that had access to the Clinton server?

13 posted on 10/17/2018 5:01:32 PM PDT by Liz (Our side has 8 trillion bullets; the other side doesn't know which bathroom to use.)
[ Post Reply | Private Reply | To 11 | View Replies]
To: All
When the NYPD confiscated her husband’s laptop in the sexting case, they found scads of Hillary’s emails on Antony Weiner’s laptop.

At the time, Huma said she put them there----to make copies for Hilary. (As if the US State Dept doesnt have staff and equipment for the copying job).

"It appears that one of Abedin's clients, the Clinton-connected Teneo Strategies founded by Doug Band---said to be the toll booth to pay up to get access to the Clintons. Doug Band is the one that facilitated the Clintons' big buck speaking engagements as part of the access deals.

Grassley conjectured that Huma was being compensated for gathering information for Teneo from US government sources for the purpose of informing decisions of her consulting clients - or in other words, political intelligence.

This raises important questions about whether Abedin's dual job role was adequately disclosed to US government officials who may have provided her information without realizing that she was being paid by private investors to gather information."--SNIP--

NOTE WELL: As a (a) US govt employee (b) consulting for Teneo, Huma also had her own money-maker---(c) Zaine Endeavors named after her son----which has never been fully investigated.

NOTE: Since the Right-wing media has been asleep on this story for over two years — but suddenly Google’s collusion with Hillary Clinton is newsworthy, we at True Pundit wanted to highlight a story we broke in JUNE and SEPT. 2016, detailing Hillary and Google’s election collusion. That was 26 MONTHS AGO.

Also noteworthy, in this story True Pundit stated that China had hacked Hillary’s emails, per FBI sources. That also has recently “come true” so to speak in the ‘news’ recently. We broke it two years ago. We are proud that our national scoops always stand the test of time, despite misguided and partisan critics who are two years behind our reporting. Here is the original story from 2016. HEADLINE: FBI Botched Clinton Investigation: Never Disclosed Hillary, Aides Used Covert Google Server to Hide Benghazi Emails

It’s like a bad spy movie involving a third-world government. Or perhaps a slap stick comedy. The Secretary of State of the United States reading, sending, receiving sensitive emails with national security secrets, threats and classified or top secret intelligence over Google’s public Gmail. We expect this from chatting soccer moms but not from the top diplomat of the United States and her aides. (Excerpt) Read more at truepundit.com ... 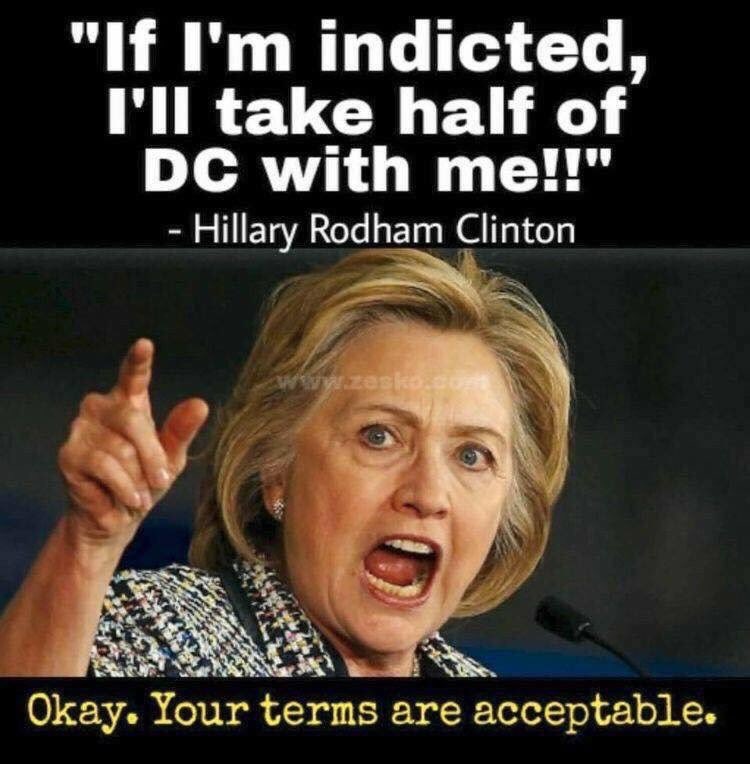