February 13, 2018 (LifeSiteNews) – The deputy chief executive of the international pro-abortion, pro-contraception charity Oxfam has resigned as a scandal over the organization’s abuse of Haiti earthquake victims continues to unfold.

Roland van Hauwermeiren, Oxfam’s Haiti director, admitted to using prostitutes himself. He and several others were sacked or allowed to resign provided they cooperated with an internal Oxfam investigation, which the charity did not report to Haitian police.

The prostitute-hiring workers were then allegedly able to obtain jobs at other charities without any warnings from Oxfam. One of these workers went on to work at the Catholic Agency for Overseas Development (CAFOD), which is the official Catholic aid agency for England and Wales. On February 12, CAFOD announced it put this worker on leave.

Hauwermeiren has now been accused of hiring “sex workers” in Chad in 2006. The Washington Post noted this was “the year that hundreds of thousands of refugees from a genocidal war in Sudan created a public health crisis in Chad.”

In 2010, Hauwermeiren was a consultant for a report by the United Nations Office for the Coordination of Humanitarian Affairs, the “Review of Protection from Sexual Exploitation and Abuse by UN, NGO, IOM and IFRC Personnel.”

Oxfam workers in Haiti “were throwing big parties with prostitutes” in their guesthouse, The Times, which initially broke the story on the scandal, reported.

“A confidential report by [Oxfam] said that there had been ‘a culture of impunity’ among some staff in Haiti and concluded that children may have been among those sexually exploited by aid workers,” The Times reported. “The 2011 report stated: ‘It cannot be ruled out that any of the prostitutes were under-aged.’”

Oxfam receives around £32m from the UK government annually and £29m from the European Union. This funding may be cut because of the revelations about abuse by Oxfam staff.

In 2011, Oxfam issued a brief, vague statement saying an “internal investigation...confirmed cases of misconduct by a small number of its staff members working in Haiti.”

“As a result of the internal investigation, disciplinary action has been taken and all six individuals have left the organization,” the statement said. It listed three of the “charges” against these Oxfam workers as “breach of Oxfam GB´s behavioral code of conduct,” “bringing Oxfam´s name into disrepute,” and “abuse of power and bullying within Oxfam.”

“One evil always leads to another, so it shouldn't be surprising when individuals peddling contraception and abortion get caught indulging in sexual perversions,” Michael Hichborn, President of the Lepanto Institute, told LifeSiteNews. The Lepanto Institute monitors international charities, particularly ones that purport to be Catholic while simultaneously advocating for abortion, homosexuality, and contraception.

“Oxfam and many, many organizations like it are promoting graphic sex education, contraception and abortion,” Hichborn explained. "What's shocking about this recent revelation is that the initial reports came out in 2011, and yet, in 2014, Catholic Relief Services [CRS] gave Oxfam nearly half-a-million dollars."

“In revisiting CRS's involvement in the Haiti disaster, I rediscovered a 1998 brief CRS provided to new workers heading to Haiti,” Hichborn revealed. “On page 9 of the brief, it tells the worker, 'Contraceptives are available–but not all kinds. It is preferable to bring your own.'”

“In 2011 some members of Oxfam staff in Haiti acted in a way that was totally unacceptable and is the most appalling mark against the high values we set ourselves at Oxfam,” the organization admitted in a press release. “The event took place seven years ago and involved a small number of staff.”

“While we can’t corroborate the information from Chad at the moment, it highlights again unacceptable behavior by a small number of people and the need for a sector-wide approach to tackle the problem,” Oxfam said in a February 11 press release.

“Over the last few days we have become aware that concerns were raised about the behaviour of staff in Chad as well as Haiti that we failed to adequately act upon,” said Lawrence. “It is now clear that these allegations – involving the use of prostitutes and which related to behaviour of both the Country Director and members of his team in Chad – were raised before he moved to Haiti.”

“As programme director at the time, I am ashamed that this happened on my watch and I take full responsibility,” she said, apologizing for “the harm and distress that this has caused to Oxfam's supporters, the wider development sector and most of all the vulnerable people who trusted us.”

Another whistleblower claims other top brass at Oxfam knew about the sex abuse problems.

Haiti's chief of mission to the UK, Bocchit Edmond, told CNN that Haiti may bring criminal charges against Oxfam.

“There is nothing more outrageous and dishonest than a sexual predator who uses his position as part of the humanitarian response to a natural disaster to exploit needy people in their moment of greatest vulnerability,” Haitian president Jovenel Moïse wrote in French on twitter.

He also tweeted, “what happened with Oxfam in Haiti is an extremely serious violation of human dignity.”

Lauren Handy, a pro-life missionary who runs Mercy Missions, lived with the Missionaries of Charity in Haiti for a month working in an AIDS clinic, a children’s hospital, home of the dying, a makeshift wound clinic in the “alleyway of a church,” and feeding prisoners. (In Haiti, prisons themselves don’t feed inmates.)

She said she wasn’t surprised by the news about Oxfam because “the Haitian people are just so used to this oppression.”

She told LifeSiteNews the prostitutes used by Oxfam officials were in a very vulnerable position and “exploited” by the powerful Oxfam workers.

“It’s not their fault at all,” she said, noting they were likely trapped in a “life or death” situation.

She described the Haitian people as resilient and much more joyful than Americans.

“They have a joy and perseverance that Americans will not understand and never have,” said Handy. “Even in their poverty, even in their suffering, they have this joy – this joy for Jesus, this joy for life.”

Handy said at the AIDS hospital, she heard horror stories from Haitians about UN peacekeepers (who “drive around in big trucks with machine guns”) spreading STDs “through rape.”

“Whenever the blue helmets go into [a] neighborhood, everyone goes inside” immediately, she said, referring to the signature light blue worn by the UN peacekeepers.

Handy said Western one-week mission trips to Haiti do more harm than good, and that she isn’t sure about the efficacy of her month-long one.

“The Haitian people are just very tired. Very tired and very angry,” she said. “But they still feel trapped” by Western aid because they rely on it so much.

“We’ve created this cycle of poverty,” she said, but the Missionaries of Charity are helping Haitians be more self-sufficient.

Handy said one of the things that struck her the most during her trip was an ancient Haitian proverb she kept hearing: “there are mountains behind mountains,” meaning that the Haitians are used to having many obstacles in life.

“But yet they persevere.”

The Clinton-Silsby Trafficking Scandal And How The Media Attempted To Ignore/Cover It Up: "Silsby was arrested at the Haitian border attempting to smuggle 33 children out of Haiti without documentation. Her sentence and charges were reduced after an intervention by Bill Clinton. In the aftermath of Silsby's arrest, her originally retained lawyer Jorge Puello was arrested in connection with an international smuggling ring accused of trafficking women and minors from Central America and Haiti. The revelation of this news in November was either ignored by the Western media or attacked by Clinton controlled publications."

WikiLeaks: Clinton Foundation Staffer Gripes ‘Oxfam Screwed Us Publicly in Haiti’: "The bad blood between the Clinton Foundation and Oxfam began, apparently, after Oxfam International released a report that was strongly critical of the Interim Haiti Recovery Commission (IHRC), which was co-chaired by Bill Clinton. . ."

Progressives love to exploit the downtrodden.

It’s not just Haiti. It’s Baltimore, Detroit, Oakland, etc. You poor? Great! I can use that to my advantage!

The Clinton Foundation is always knee deep in every imaginable nastiness.

See, see! Porter was there too!

Yes, i was about to say, you know who else spent a lot of time in Haiti after that disaster?

This makes me weep for the Haitians. it is so wrong on so many levels. Oxfam should be busted...the leaders prosecuted. You know that anything Bill Clinton and the old shriveled Bushie were involved in is corrupt to the core. Wish those two hideous bastards would cork off soon, and go straight to Hell! 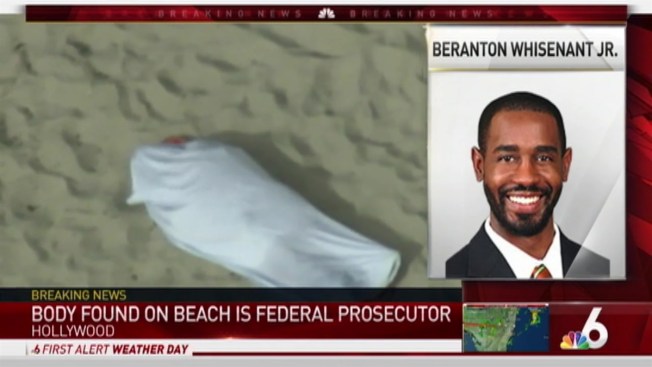 Prosecutor was looking into expedited visas for Haitians to USA, then turns up dead in the surf off of DWS's district. He was still fully clothed in a suit and both dress shoes. Flies to Miami, due to testify in court the next day regarding Clinton Foundation corruption --> KILLS HIMSELF IN HOTEL ROOM

Man, we sure dodged a bullet by not electing Hillary

how are the Clinton’s connected to Oxfam?

So sad and outrageous, its hard to read.

What kind of Pizza was this on the menu? Eh Podesta?

They were just pumping the local economy.