Weve gone from hard left, under Obama, to hard right, under Trump. Judge the ideologies by their results.

Ronald Reagan was NOT “right-wing.”

Small government is NOT right wing.

Free markets are NOT right wing.

Fighting totalitarians is NOT right wing.

Hell, anything that’s not liberal is “hard” right to you clowns at NR....

President trump has many fine attributes but is hardly “hard right.”

Exactly, I had to stop reading.

I thought Victor Davis Hanson was smarter than this. We can't trust any of them because their world view is corrupted.

He’s nailing ALL of my pet peeve issues without waiting for people to call for action anew. I would not be the least bit surprised if he took us out of the UN.

Sanity has returned. I forgot what it felt like.

He is on certain issues, but hardly overall...

Jug-ears pulled us so hard to the left that getting back to center-right looks “hard” right.

Well, Obama was certainly an ultra-hard leftist but President Trump is nowhere near hard right.

How sad we have fallen so low that a man who expresses his patriotism and demonstrates his respect for the US Constitution and for the laws of the land is disparaged as being a hard-right extremist.

I thought I liked him, too. But, what’s to like?

He thinks pre-Trump is just fine.

Wow. The first half of the article, the takedown of Obama, pure gold.

This really drives the point home - had we elected a moderate such as Jeb, Mitt, or any of those clowns - Obama’s legacy would have been cemented in place forever.

All of that is true, but it looks that way to them. However, they are at least recognizing some important things about Trump and the people who elected him.

One thing that I thought was interesting was that they said a “conventional” conservative - that is, a squeaky clean, polite guy with the right opinions but no slash and burn mentality - could not have won. And they’re right.

I didn’t like Trump’s approach, but I did vote for him and now I’m very happy about his actions. And at the same time, I think a lot of people voted for him who would never have voted for the same old same old “conservative,” because like GWB, these conservatives have a proven track record of giving away the store and kowtowing to everybody. Trump doesn’t and that’s the difference.

“I would not be the least bit surprised if he took us out of the UN.”

I’ll be surprised if he doesn’t.

Like he’s done so many times before, he’s laying the ground work, and will eventually achieve his goal. He’s making the UN awfully upset and, worse, cut their allowance.

Just my guess, but he fell in line with most of the rest of the clowns at the National Review to keep his job. He & Andy McCarthy were the only ones over there who were somewhat rational on Trump. 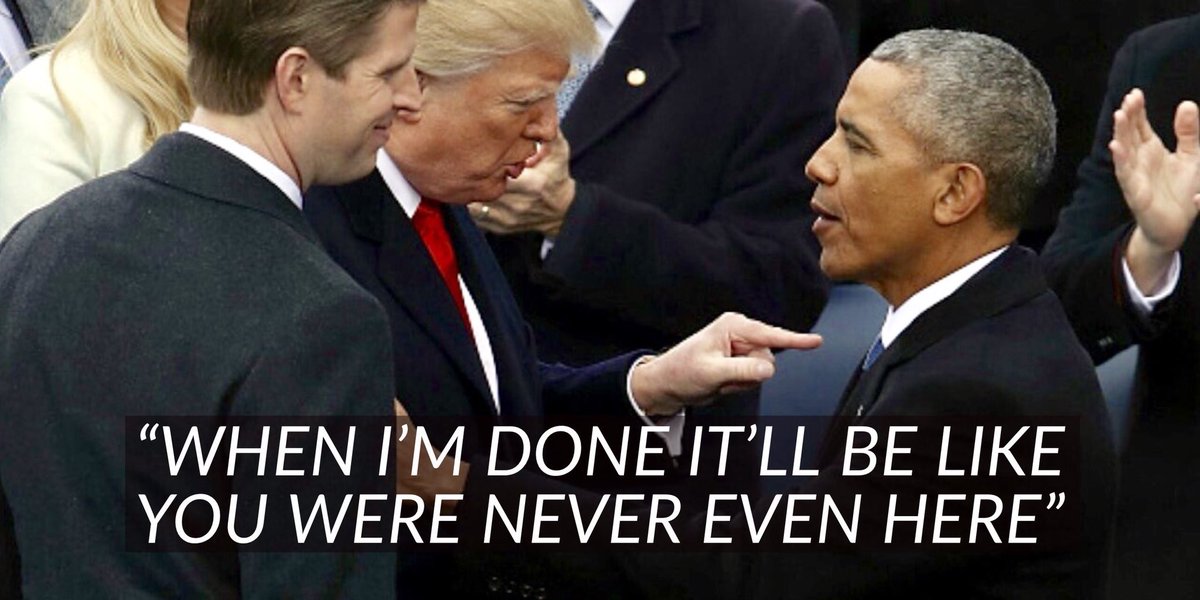 Much batter than ‘hard right’.

And it’s about time.

From collectivist Obama, to a less collectivist Trump. In truth, Obama was instituting a soft Communist revolution.

Wow, my parents and grandparents were extremely hard right, I guess, but I always thought them more in the middle.

ONE
"that GDP could ever hit 3 percent or above" is a nonsensical statement. What should be said is 3 percent ANNUAL GROWTH.
TWO
"establishmentarianism" means aAdhering to, advocating, or relating to the principle of an ESTABLISHED CHURCH.