Protesters interrupted a live CNN broadcast from the scene of the New York terror attack on Tuesday night to chant 'fake news'.

Microphones picked up on the group's shouts as Anderson Cooper attempted to cover the Manhattan attack which killed eight and wounded 12.

At another point a man made his way into the back of the shot while holding a banner which read 'CNN is ISIS'.

The group appears to have been led by Laura Loomer, an outspoken Trump supporter who describes herself as a 'independent investigative journalist' online.

Trump has repeatedly branded CNN 'fake news' during his press conferences and while holding rallies with his supporters.

I was at a Trump rally and ‘CNN Sux’ signs were prominent. Some definitely get it. 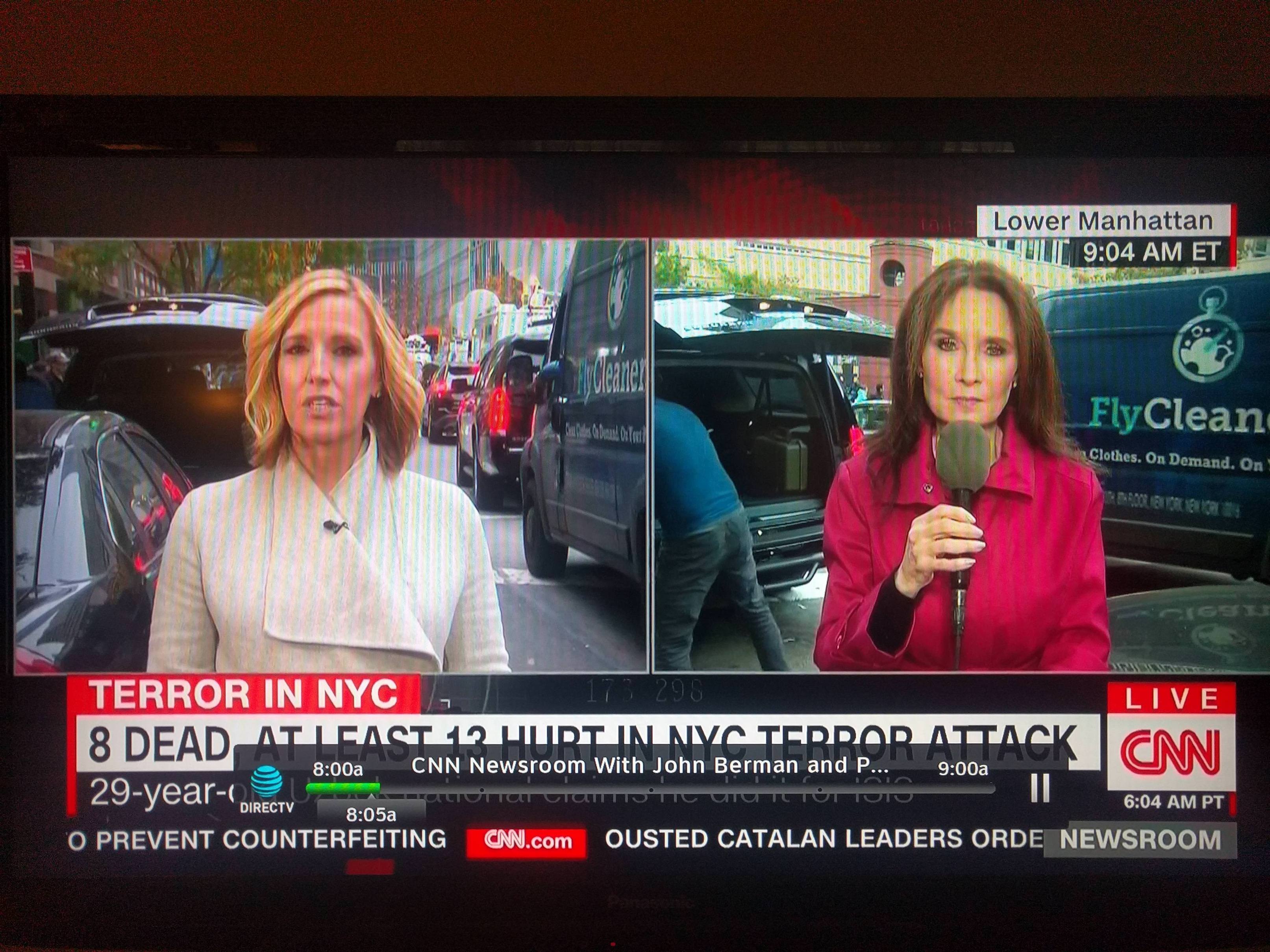 “Now, back to you Janet! Like you and your cameraman aren’t standing 15’ away!”

not only that, they were a couple of blocks away from where the attack occurred.