How can we miss him when he won't go away?

Last night in Chicago, Obama was lucky he didn't throw out his shoulder from patting himself on the back so much.

"We have shown the capacity to change."

Ten minutes in, he finally got around to blaming Bush. In a rush, Obama mentioned how he "shut down Iran’s nuclear capacity without firing a shot." Yeah, right. 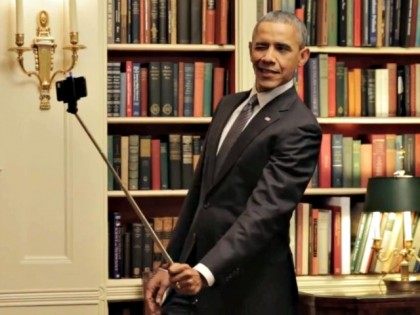 How can we miss the Idiot when he won't go away?

1 posted on 01/11/2017 3:40:56 AM PST by Zakeet
[ Post Reply | Private Reply | View Replies]
To: Zakeet
In a rush, Obama mentioned how he "shut down Iran’s nuclear capacity without firing a shot." Just like Bill Clinton guaranteed that North Korea would never get nuclear capabilities.

I have long suspected that liberal logic circuits in their brains are mis-wired, something like when people try to do their own plumbing and mix the hot and cold water pipes leading to the fixtures.

“I sobbed. What a class act. The whole family. I feel such a sense of loss” - My liberal friends are crying on each other’ shoulder..here, have a lollipop, dear snowflakes!

Couldn’t stand to watch even a minute of it, but I knew people with stronger stomachs than I would give accurate and entertaining summaries. Howie Carr didn’t disappoint me!

bammy’s a legend in his own mind.

The ‘marriage equality’ canard is a perfect encapsulation of Obama.

1) He had nothing to do with the dubious legal force behind it. The court alone did.

2) As Carr says, Obama changed sides more than once but waited for underlings and others to take the arrows before he spoke up.

3) This so-called lawyer has never once expressed a legal opinion ie what statute might justify a decision or an action. It’s all false moralizing made more false by its newness.

4) Once the legal case was settled, Obama pretended it was his idea all along and that he ‘led the fight.’

I said it 8 years ago: Obama is, first and foremost, a coward.

And awarding the Nobel Peace Prize to Jimmy Carter in 2002, for brokering the Nuclear Non-proliferation Treaty with N Korea, was when I realized that the Nobel Peace Prize was nothing but political. N Korea came out 2 weeks later and announced they had nuclear capabilities. I was wondering why they didn’t take back that Nobel Prize from Carter.

Howie Carr is the best satirist in the Nation. Thanks for posting... enjoyed the quick read.

I don’t get the idea of “marriage equality”. I have the right to marry any woman that isn’t married and will have me. Any man has that right. I hate the made up, feel good names Dims give to this BS. Call it civil legitimization of homosexuality or something, but two men cannot be “married”.

Roger that! Unless it's an eligible male and eligible female, it ain't marriage. Sodomites and their sycophants calling it marriage doesn't change anything.