Quick, roundup some cops to blame and demonstrate against.

This happens every night in Philadelphia. It is a mess

Folk used to die to live there..

Now they just die sitting in a car.

And what’s this about?

They’ve had that gunshot locator for a while now. They may have a listening post atop the Emergency Communications Department located about four blocks away, making for a quick response by police (911 located there). I used to work there. That neighborhood used to be crime-ridden thirty years ago but has gone upscale after the 1989 earthquake and rebuilding. There are still a couple pockets of public housing in the area near upscale restaurants and shops. Now relatively safe to walk and shop at night.

“Rev” Al needs to return to his “roots” in Africa and look at all those high-rise buildings and high-tech businesses that are flourishing.
They’ve really got that building with mud down pat.

THE HISTORY OF ARCHITECTURE 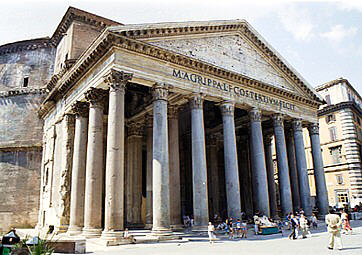 As a black comedian pointed out, we gave them the shortest month...

They did, but they shot!

The city medical examiner identified the four men gunned down at the corner of Laguna and Page streets as Chinyamurindi, 20-year-old David Saucier of Antioch, and San Francisco residents Harith Atchan, 21, and Manuel O’Neal, 22.

O’Neal was being prosecuted for assault-weapon possession at the time of his death, records show, and Atchan was on parole over a robbery.

Saucier and Chinyamurindi had been arrested in San Francisco, but neither had been charged with a crime.

According to San Francisco court records, O’Neal was charged in October with four gun-related felonies, including possession of an assault weapon — a 9mm Kel-Tec SUB-2000 rifle. His bail was set at $75,000, but a judge released him on his own recognizance over a prosecutor’s objections. His next court date was to be Jan. 28.