By the time they're done with him, GOP presidential candidate Newt Gingrich will look like a leading Democratic spokesman as the party moves quickly to harness his attacks on Republican plans to change Medicare. According to party sources, they plan to use Gingrich's assault on House Budget Committee Chairman Paul Ryan's plan in a bid to knock down every Republican who voted for it.

"By calling Paul Ryan's budget 'radical' and 'right-wing social engineering,' Newt merely echoed criticisms millions of Americans across the political spectrum have voiced at house Republicans' budget for weeks now," says Ryan Rudominer, a Democratic consultant and former spokesman for the Democratic Congressional Campaign Committee. "So while Gingrich may now have as good a chance as me of winning the Republican nomination, those of us on the left can at least be thankful that he made Paul Ryan's 'radical' budget to gut Medicare and provide billions in tax breaks for big oil companies the new litmus test in the Republican Party," adds Rudominer.

Groups like DCCC, the Democratic National Committee and the House Majority PAC are looking at ways to use ads and Internet campaigns to warn voters that the Ryan plan the GOP favors is so bad that even conservative Gingrich, the former House speaker, hates it.

The DNC, for example, has put a video on YouTube that suggests he backed away from his attack on Ryan's plan because supporting Ryan's Medicare reform is a GOP "litmus test."

Others are looking to use his words against Republican House members.

The House Majority PAC, for example, ran ads during Easter Recess assailing lawmakers who voted for the Ryan budget, charging that they would "essentially end Medicare." The ads were effective, but many Democrats were struggling to find a new way to hit the GOP when Gingrich's comments landed in their lap.

Said a Democratic strategist: "Democrats have already been painting Republicans as a bunch of extremists hell bent on killing Medicare. The only challenge now for Democratic ad makers is figuring out whether to be more thankful for Speaker Gingrich's rare moment of candor in which he slammed Paul Ryan's budget and defended Medicare or the resulting outrage and pile-on from the right for his doing so."

Not so fast, say Republicans. They say they are ready for a debate on Medicare, claiming that the Democrats would do nothing to fix the program and that it would die from a lack of funds.

Paul Lindsay, communications director for the National Republican Congressional Committee, said, "The only former speaker who will have an impact on 2012 House races is Nancy Pelosi, who continues to spearhead her party's plan to bankrupt Medicare and empower unelected bureaucrats to threaten seniors' access to treatment."

The NRCC has their own ad campaign that charges Democrats like President Obama would effectively gut Medicare. Said a party leadership official, "This is debate we can bring to a tie."

The horse is out of the barn...He cant go back (or in new newspeak...WALK IT BACK)...shut up already and disappear into the glass darkly... 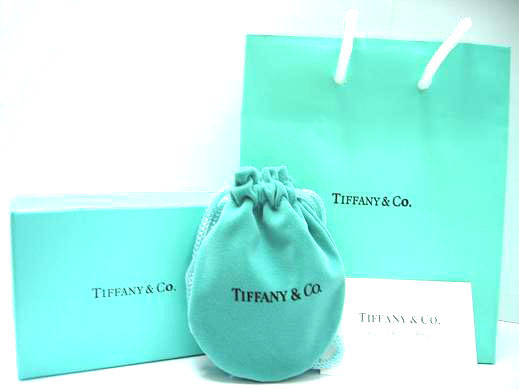 Listening to Gingrich trying to walk back his remarks on Rush yesterday was a joke.

Democrats have another turncoat that challenges Newt. I just saw Huckaboob’s appearance on Leno’s.

Wait until that one goes viral.

The “comfy couch” should have been the only warning people needed. The damn elites never go away quietly.

No, you are correct PA, they do not....never will I suppose. Unfortunately a few idiots here that still support this sick immoral little ‘man’ seem like they never quit their noot push either.

I heard a good portion of that interview too. Gingrich seemed very frustrated by what he indicated is a gross misunderstanding of his statements and the contextual setting in which they were stated. I need to hear it all again with a better understanding of the timeline since the early ‘90s that involved Newt on health care.

Newt is political player that doesn’t seem to mind holding hands with the adversary on the feel-good issues. It’s foolish behavior for one who’s trying to convince the base he’s a reliable Conservative.

Anyway, a flaw in Newt’s ideas on the uninsured involves a general fund that is financed through taxation. However, the insured are exempt from the taxation. The general fund would be limited to the funds raised by taxing the uninsured. Needless to say, there’s no way in Hell a system like this would not be pillaged and restructured ultimately taxing everyone to support it.

I like Newt Gingrich, but his gaffes are too frequent on critical issues. And even if he’s trained with perfected rhetoric for the primaries, what happens to that training should he take POTUS? We know how this story plays out.

I liked Newt at one time. I sort of find him repulsive now. He’s probably the last person I’d support now.

Newt's organization push polled me a couple of weeks ago and tried to get me to donate $2,500 to Newt's presidential campaign. I refused to donate one penny.

I am still shaking my head. What part of a power grab by a totalitarian government do people not understand in the "climate change" debate? They seem to understand the takeover of the banks. Obamacare? GM? This has been a complete seizure of power by the elites. What did Newt get in return? The comfy couch was ground zero.

Palin is sooo stupid. She’s not nearly as smart as Newt Gingrich.

You actually likes someone who thinks committing adultery makes him more patriotic than those who risk their lives serving the country in the military? He is communist slimeball.

newt argued on Fox News... with Brit Hume... endorsing and explaining how great Bush’s “Senior Drug Benefit” was... how it was absolutely the right thing to do and how it would save money and cut medical expenses. He was a big government liberal then... he was a big government liberal in 1984 (per Rush) when he said mandated health care was necessary... and he is a liberal today.

Gingrich, like many other old order Republicans are Ill equipped to deal with the political savagery of the Alinsky Democrats. Gingrich was from a time when deals could be hammered out and middle ground could be found. those days are gone. The Alinsky democrats are strictly a scorch the earth, take no prisoners, give no ground, organization.