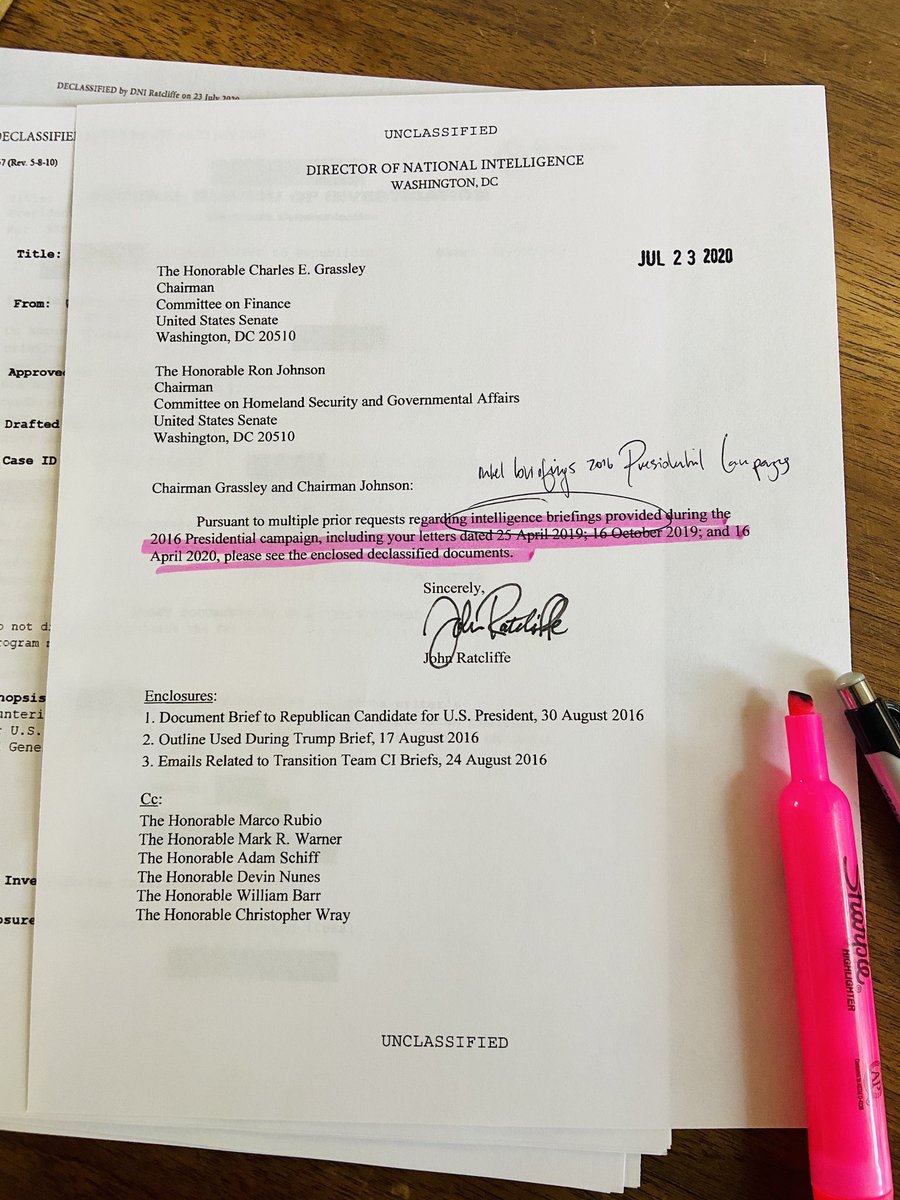 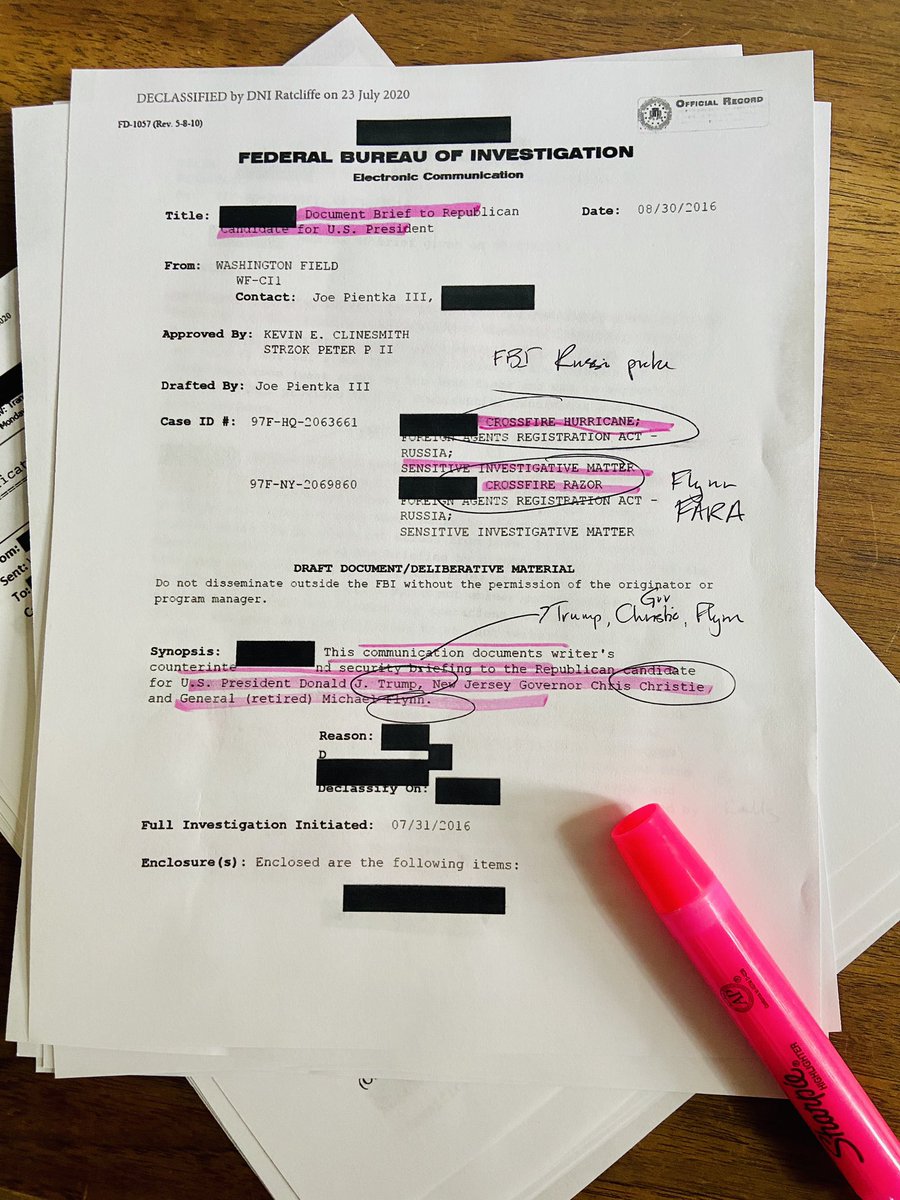 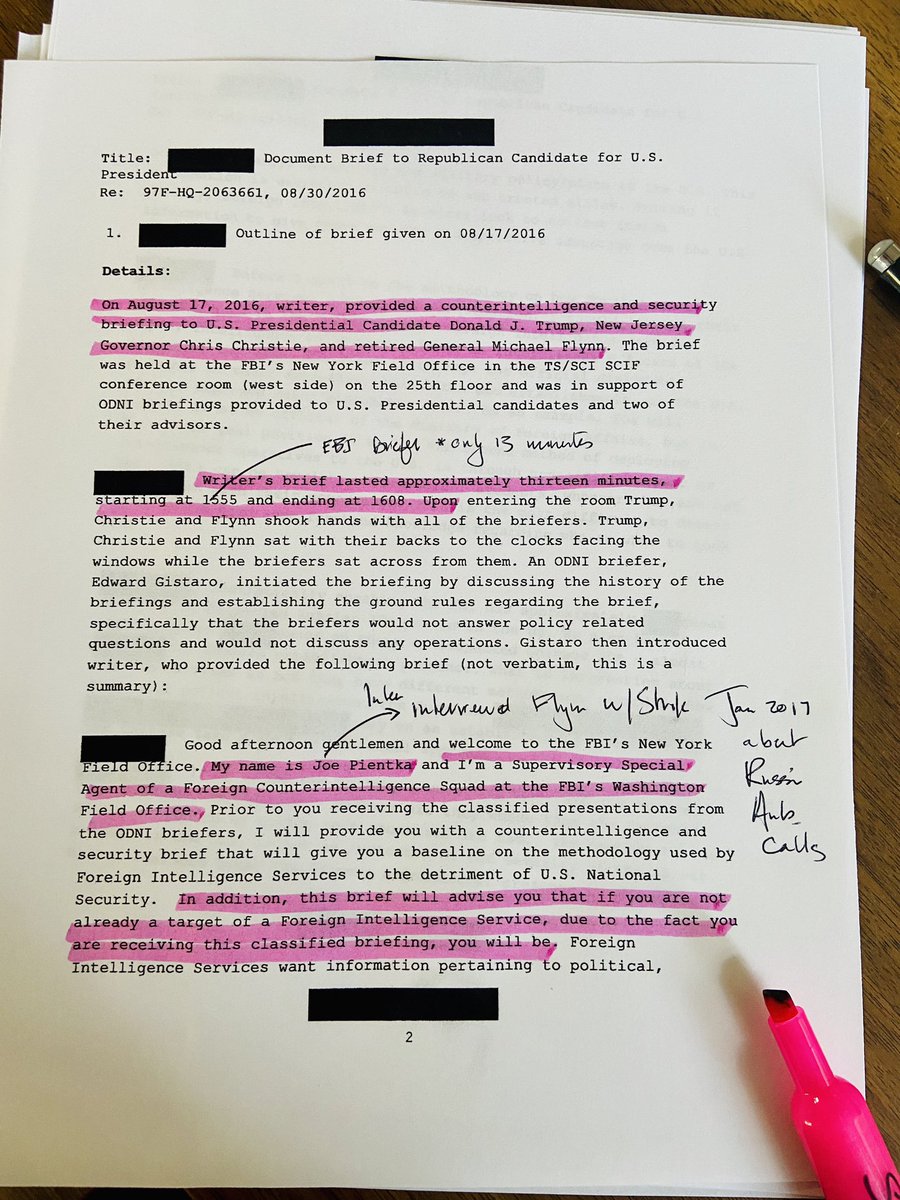 Joe Pientka again... why does that name keep popping up?

Yet another thing that will not be pursued.

Durham has 43 working days to indict/arrest one of these treasonous rats.

Pientka is in hiding.

Any updates on the Seth Rich botched robbery investigation?

No on Seth Rich. His family said to just let them grieve in peace; so DC, FBI, Justice, et. al. just said, “OK, we can respect that. Bye.”

Barr? Ratcliffe never tweets about the coup. He’s been somewhat of a disappointment so far. The coupists engage on a daily basis. Where is Team Trump?

Durham? Indict? Bwaaaa Right after Barr does a Nutri-system commercial in a speed-o with Marie Osmond.

Well I wonder what Catherine Heritage will do next after CBS fires her for acually doing some reporting via Twitter, since I bet the execs refused to air this story ?

Arrest everyone, from Obama on down, or it means absolutely nothing.

more tweets on the matter from Herridge, scroll down:

Only read the two pages shown but since this was Aug. 2016, pre-election but during the campaign, it proved that the FBI was aware of foreign,most likely Russian, Red Chinese, No. Korean, Iranian and Cuban (DGI/KGB combined ops) agents, were attempting to penetrate the presidential campaigns to gather information, place disinformation, create dissention, influence votes, etc.

Thus the FBI knew that the Steele Dossier Russian sources would be a part of this penetration operation. That means that Steele was either a willing or duped Russian tool re the US elections, esp. concerning Donald Trump.

This should have poisoned any information he pedaled to the FBI, CIA, DNC, Fusion GPS, Perkins- Coie, Yahoo, The Nation, etc. The fact that most of the non-federal organizations listed above were far-left/Marxist/communist in ideological orientation SHOULD have made the FBI extremely wary of any information coming from or thru them, and of Steele as well.

In fact, Steele should have been labelled an unregistered agent of a foreign power (i.e. Russia). I wonder if the Brits (MI5 and MI 6) knew about his machinations on behalf of Russia and if so, did they inform the CIA/FBI?

What the Brits knew is crucial to understand the coverup of Steele’s lack of credibility and/or false MI6 identity. He was an ex-agent but he violated every rule of security in terms of dealing with the Russians. He let himself be blinded to Putin’s KGB/SVR operations and operatives, or he became a willing “asset” to them.

Since the FBI knew about penetration attempts, they should have warned Trump etc earlier BUT DIDN’T. WHY? That is the key question which will indict Comey, Brennan, Clapper, Strzok/Page, and others on charges of “dereliction of duty”, malfeasance of office, gross incompetence or bias, or plain old treason (for attempting a silent coup against a presidential candidate/winner).

Let’s see if Bull Durham really has some long, sharp horns, and if so, how Barr puts these traitors behind “bars”. 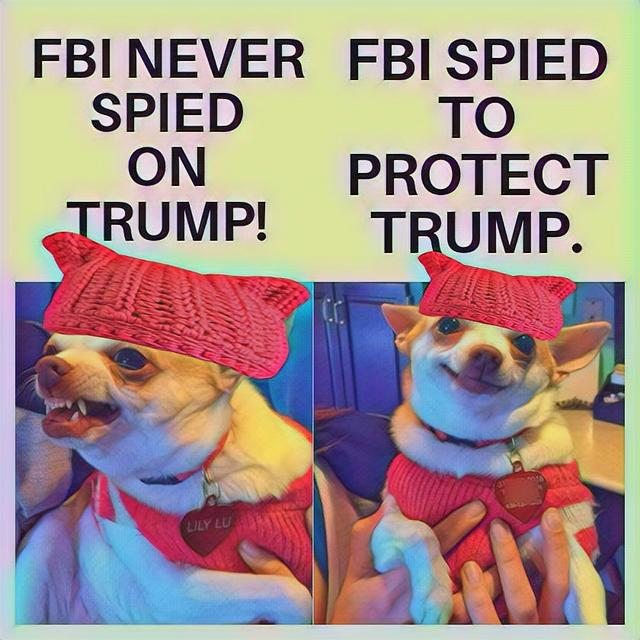 15 posted on 07/24/2020 1:23:03 AM PDT by JohnnyP (Thinking is hard work (I stole that from Rush).)
[ Post Reply | Private Reply | To 1 | View Replies]
To: Hunter Ryno
What is the significance of these docs. So the FBI briefed then-candidate Trump on Aug 30, 2017. It might be one of the only non-biased acts that they took with regards to his candidacy. Is there some big reveal here that I’m missing?

You're not missing anything. The documents are establishing a timeline that states malfeasance by the Deep State (including the FBI). So what? Unless the Barr get's off his keister and does something about it, it means absolutely nothing.

We've knows the baseline of what they did to both candidate and President Trump for years now, and nothing has been done.

Someone could tweet a "scoop" that Epstein liked under aged girls, and offer documents that proved it. It would have the same "impact" as this.

If Durham doesn't indict the coup plotters and criminals in next few weeks (from Obama on down) he won't ever do anything of significance (other than possibly go after the bit players).

We can then change his moniker to "Bull Sh__ Durham". 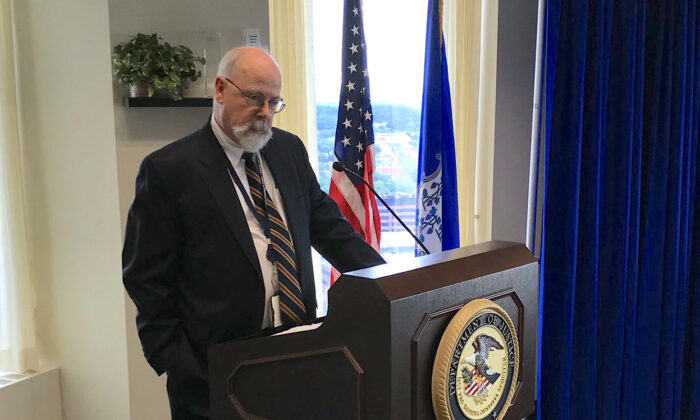 Who knows what was going on with those morons. By mid August FBI leadership was all in on the hoax. The EC's issued a few days before for Page, Manafort, and Papadopoulos were all similar to Flynn's. The following is from page 60 of the Dec 2019 IG report:

"The opening EC for the Flynn investigation stated that there was an articulable factual basis that Flynn "may wittingly or unwittingly be involved in activity on behalf of the Russian Federation which may constitute a federal crime or threat to the national security." The EC cross-referenced the predication for Crossfire Hurricane and stated that Flynn was an advisor to the Trump campaign, had various ties to state-affiliated entities of Russia, and traveled to Russia in December 2015."