For the past few months, we have witnessed the raw and unmasked Democrat Party, live and in living color. Their constituents are rioting, looting, and murdering because they have finally realized that there are only three areas where the government is supremely prolific and highly efficient: theft, incarceration, and killing.

Outside this “Iron Triangle” government fails horribly at education, protection, health care, economic development, border security, drug enforcement and infrastructure. Yet after months of economic collapse, pandemic hysteria and racial anarchy, where 60 years of Democrat Party abuse of Black America was revealed, black leadership still chooses the government as its vehicle to solve these indignities. Why? Because this is what the Democrats desire.

Except for a brief time during Reconstruction, there has never been a time since its inception in 1800 that the Democrats have not had absolute control over most of the black population in America. They have used race in one way or another to maintain power ever since.

The fact that one-hundred fifty years since the 13th, 14th and 15th Amendments were ratified and fifty-six years since the 1964 Civil Rights Act, blacks are still rioting over racism and still begging government to eradicate it, should tell us something: The Democrat Party uses racism to subdue and control black Americans, not eradicate racism to institute justice. Ending racism would end the Democrats’ stranglehold on Black America. 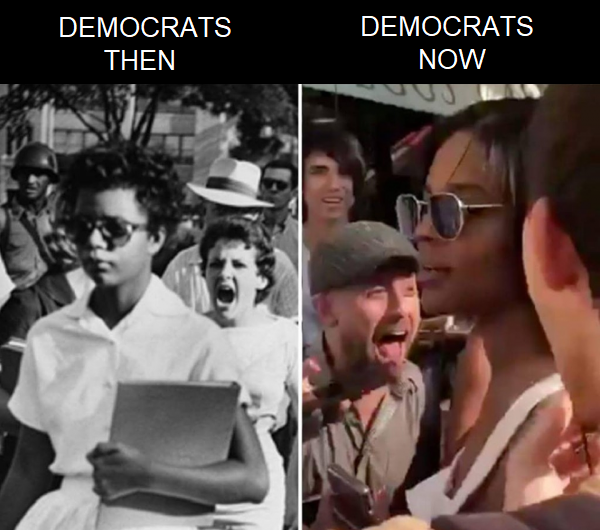 1 posted on 06/13/2020 5:12:34 AM PDT by rickmichaels
[ Post Reply | Private Reply | View Replies]
To: rickmichaels
The Democrat party has been the Party of Slavery™ since its founding two centuries ago.

It’s about time someone is writing about the true history of the DEMONrat party!

“Systemic racism” is entirely a policy of the Democrat party, and one of the means by which they enforce it is by “affirmative action”. Some selection council of “experts” sets up to choose “winners” and “losers”. The intent from the first was to break through some “barrier” that had grown up, through the recognition of merit as a criteria to move to higher things.

Merit is dismissed, and the “disadvantaged” are artificially put into an environment where few are prepared to survive. Of those that do, some would probably have succeeded on merit already, but then a number of the less competent are also hustled through, by watering down the requirements for gaining advanced degrees, or making up new “degrees” which emphasize “life experiences”.

The personnel manager does not differentiate between the individuals who gained their expertise through merit, and those who were simply endowed with a similar but meaningless “degree”. EVERYBODY, merited or not, gets shoved into the same cohort, which is “assumed” to be less competent than the employees who were not affirmative action. This is the soft discrimination of “low expectations”.

Thus the discrimination becomes “systemic”, and since it breaks along racial lines, is to be “systemic racism”.