Turkey has sent reinforcements to its forces in the Idlib province of Syria, the last rebel-held region in the country. The armoured vehicles and tanks were headed for the observation posts that Turkey has already set up in the province, following an advance by Syrian government forces that could pave the way for them to mount an offensive on the provincial capital. But as Al Jazeera's Sinem Koseoglu reports, Turkey is determined to stop that.

Would you fight for your country if any mid east nation was yours? Besides Israel.

ISIS, Turkish and USMC forces are now in a Syrian government - Iranian pincer not unlike that of Stalingrad.

I think patriotism is not alien to most people. 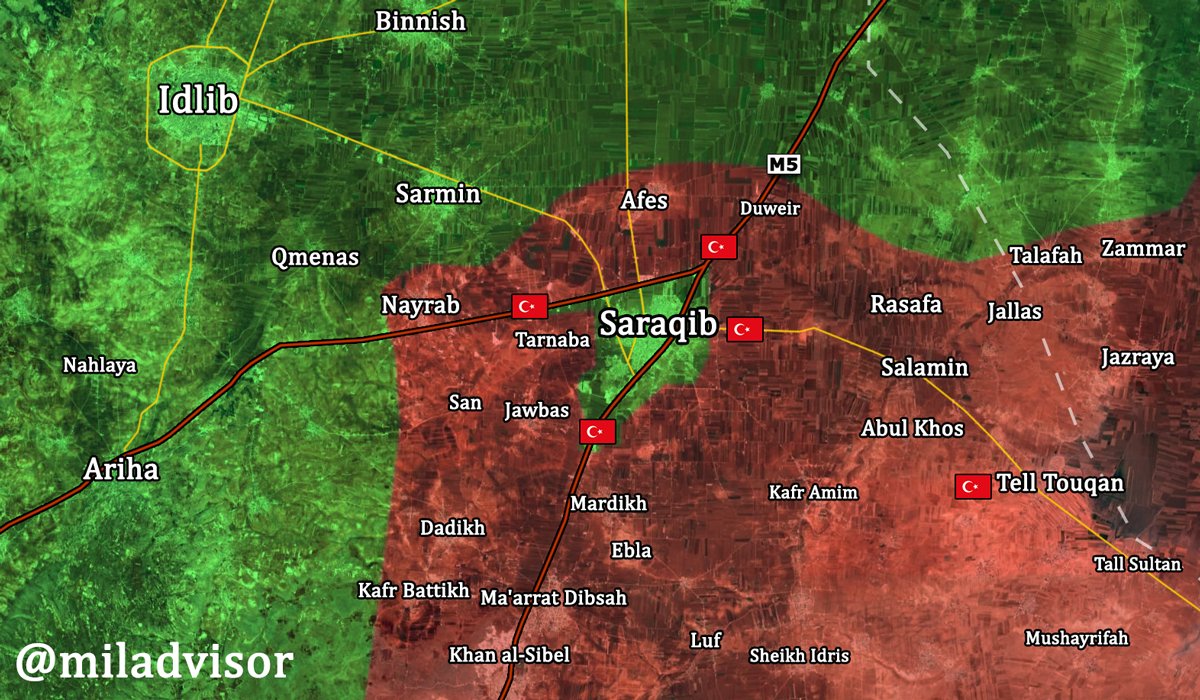 Still protecting Al-Qaeda at all costs

It is sickening we are protecting the headchoppers in Idlib.
So many photos of the beheaded children, crucified Christians paraded in the backs of trucks, Christian women beaten, and tied to lamp posts, the torture, rape caves.

Thank you my Government. You are on the wrong side of history.

The predicament is a little different at this time. A few days ago we observed USMC and Turkish (say NATO forces) being overran but Syrian and Russian light infantry all around the area but with the route to withdraw not unlike the Ukrainian military in Debaltsevo a few years ago.
Are they playing field-marshal Paulus or what?
The Ukrainians played that game in 2014 at the price of 9000 casualties.
There is a chance to avoid another Stalingrad or not.