Holding back tears, the former president tells a new four part documentary about his wife: 'I was so grateful that she thought we still had enough to stick it out. God knows the burden she's paid for that.'
.
.
Hillary admits in a wide ranging interview with The Hollywood Reporter: 'Look, I'm not going to sugarcoat it. It's painful, but it's also revelatory because we've always loved each other
.
.
Clinton - who also defended taking money from Harvey Weinstein in the interview - goes on to touch on the subject of hypocrisy in politics. She adds: 'It was also true that, as we saw in survey after survey, he [Bill] could, if he ran today, get re-elected.' 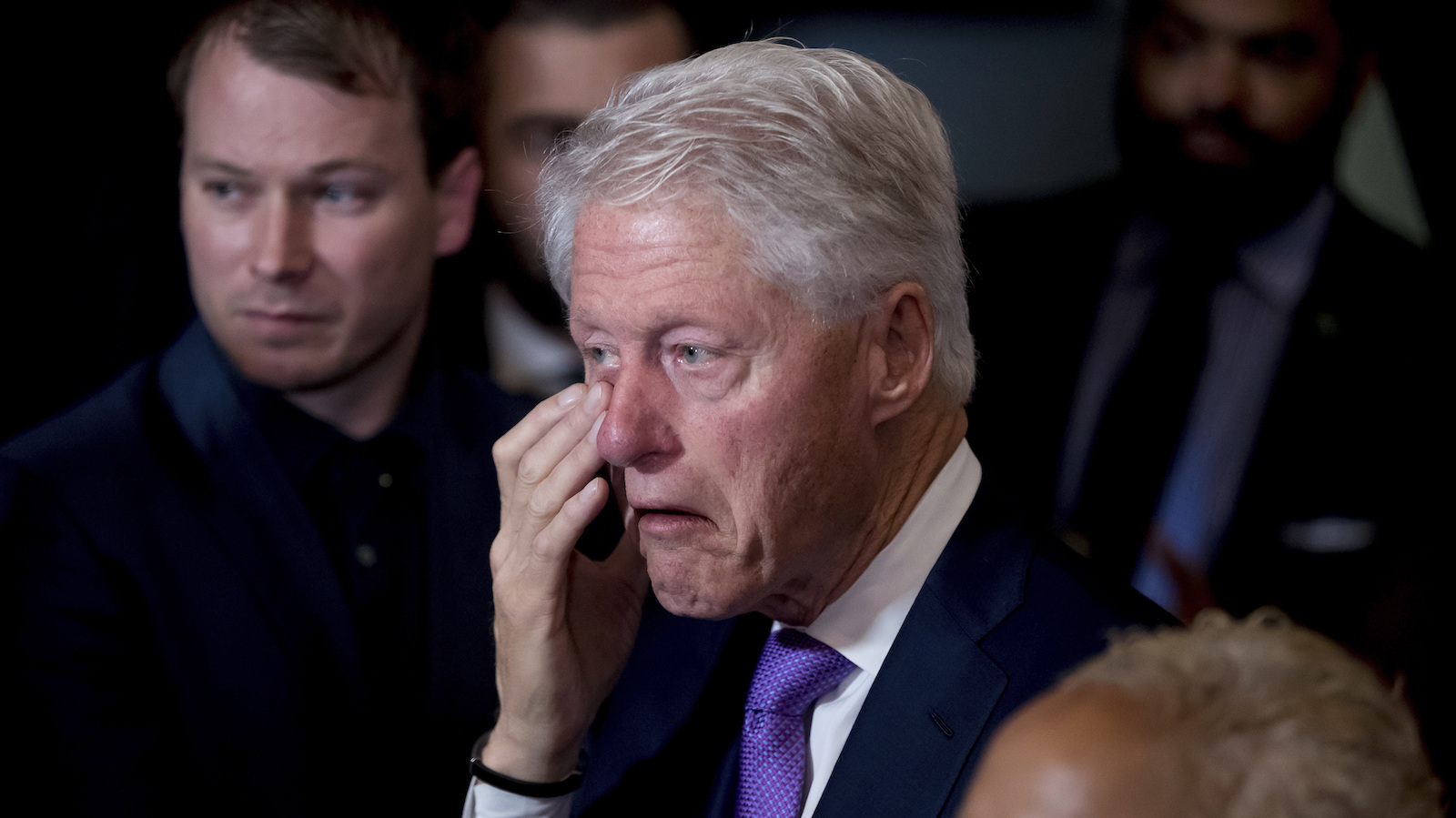 He hasn’t stuck it out for Illary in decades.

You two deserve each other.

Yeah right. There was zero risk that that would happen.

Those two goblins had an open “marriage” even before they bothered to get married.

The biggest risk that Bill had is Hillary killing him for endangering their political power. She couldn’t give a rat’s ass who he was screwing.

Like at the funeral for his good friend, Ron Brown?

Bill and Hillary haven’t shared the same bed since the Carter Administration.

Whatever, lying rapist, you can have each other in Hell.

If she’s breathing she’s running. She may not succeed in getting the nomination let alone election. However if she’s above ground, she’s plotting, bribing, threatening, cajoling to get to the top of the heap.

I hate to say this.

He’s setting the PIAPS up to be the nominee.

I can’t stop throwing up!

What crap. It doesn’t matter what Bill or Hill does. They’ll never get divorced because spouses can’t be compelled to testify against each other.

Illary spent 1.4 billion dollars and still lost a rigged election to a political nobody. She is in even worse physical condition now than before and has no chance to be in any election ever again. Even the liberals just roll their eyes when asked if she will run again.

NOBODY cares what she has to say about anything.

This is why EDKH. Lewinsky is last century news. Bubba’s Epstein parties have to stay under the radar so they don’t dirty up Hillary.

What a farce. Bill cheated with dozens including at least one rape what about them?