The book Abortion Care was written to educate future abortion workers. It gives training and advice to those who want to work in abortion facilities. One subject it covers is late term abortion. The book mentions several studies on the reasons why women get late abortions, and pulls examples from various studies. The examples are from women’s abortions that took place between 15 and 23 weeks.

Here are some of the reasons, in women’s own words. One woman said she didn’t feel pregnant or miss a period, so she learned of her pregnancy late:

I thought I wouldn’t have my period anymore [and] I didn’t feel anything abnormal. In previous times [pregnancies] I did sometimes feel like eating this or that. This time I was still working very hard in the field, and I was still healthy. So I didn’t have an examination until my pregnancy was big.

This 16 year-old girl wanted her baby at first, but changed her mind:

Another woman and her partner were indecisive about aborting:

So we decided that it was too soon [to have a child]. It just wasn’t the right time for neither of us… It was like… Sometimes [my partner] would say yes, and I would say no. I would convince him where I would think it’s a bad decision and he’ll say yes or no. Then [he’d] try to convince me… So, it was confusing at first, but we knew that it was going to be a decision that we would have to make.

A 22 year-old woman didn’t realize she was pregnant:

I had no symptoms of pregnancy. I did not gain weight. I did not experience nausea and until two weeks ago I didn’t even notice a bump, considering I’m 20 weeks pregnant.

When asked why she waited, another woman said, “Because I was in denial and scared about it.”

A woman who aborted at 23 weeks said, “The pregnancy was due to a sexual assault so [I] pushed [it] to the back of my mind and didn’t want to tell anyone….”

Studies have shown that a significant percentage of rape survivors who become pregnant carry to term and do not regret their decision to give birth. A number of women have told their stories of having children concieved in rape, and many women who have abortions after rape regret them.

Another woman had an abortion because she ate under-ripe peaches and believed an urban legend that this would cause birth defects:

I didn’t know I was pregnant during those first few months, so I ate some peaches. You know, people told me that if I ate dao diec [unripe] peaches, my baby would be dumb. I’m so anxious. I’m fearful for the future of my baby.

It then gives a list of common reasons why women get late term abortions:

* Concealed pregnancy or inability to recognize pregnancy by teenagers

* Late identification of problems in pregnancy, such as fetal abnormalities

* Change of circumstances (abandonment of partner, violence by partner)

* Uncertainty about whether or not to have an abortion

* Fear/coercion by partner or family members

* Need to travel for an abortion

While the book did say that some women abort late because an amniocentesis shows the baby will have a disability, most reasons women give for late abortions are not related to this. And, of course, a baby with a disability has the same right to live as a healthy baby. Killing a child because they have a disability is the most lethal form of ableism.

Abortion Care, a book never intended for pro-lifers to read, exposes the myth that all late abortions are done for dire reasons. Pro-choicers spread this falsehood to convince people to support legal late abortion, but the truth is very different.

Where’s the study on how many regret their abortions even many years later.

Damn it. all , abortion is government sanctioned murder of a truely innocent and blamless person.

There is no difference between an abortion at done at 24 hours with a Morning After Pill and an abortion done at an abortion clinic at 24 weeks.

I had NEVER heard that one until I posted this one. Blows my mind.

They’re all a bunch of baby murderers. 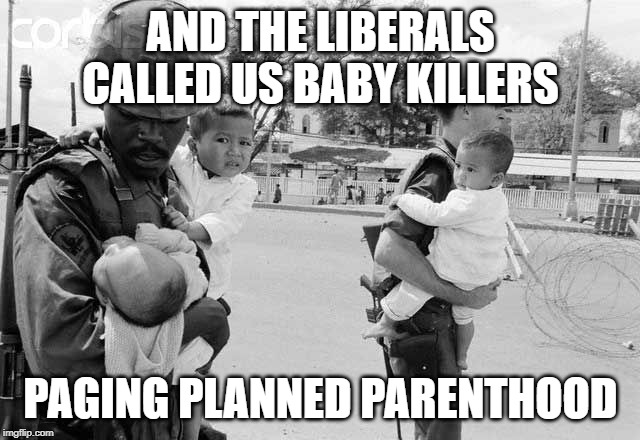 There is ZERO medical reason to have a partial birth/late term abortion... If her life is in jeopardy you don’t decide, lets go for a birth that isn’t finished...

Its a lie, always has been.

9 posted on 10/17/2019 11:24:55 AM PDT by HamiltonJay
[ Post Reply | Private Reply | To 1 | View Replies]
To: Morgana
Here's one thing that's rarely discussed: the fact that the later the abortion, the more severe the physical and psychological impact on the mother.

Objectively, it's the same aggression against the life and well-being of another human being, no matter what the age or stage of the baby. But in terms of physiological disruption and emotional trauma, late abortions wreck ongoing damage and misery to the woman.

That is why C Sections are done.

Exactly.. If the mothers life is in jeopardy you would perform a C section, not have them go through all the trauma of an intentional breach birth..

All women should bring at least one child into this world no matter how screwed up she is. Health reasons both physical and emotional. This is what they were put on this earth to do. Let adoption take care of the issue over providing for the child.

Married women should have 2 kids and stable marriages should have 3-4. That’s how we grow. Who wants the median age here to be 55?