Hey Shep, et al: Are we supposed to declare war on one ally to protect another?
vanity

Should the POTUS ask the congress to declare war on NATO partner Turkey? That could get real ugly, real quick.

Just another impeachable offense according to the RATs.

“Just another impeachable offense according to the RATs.”

Funny how the left went after Trump for bashing NATO but Turkey is a NATO ally, if they were ever attacked we would have to defend Turkey so which is it commies

But but but Jim, the Kurds are such great people (Maoist Muslims) who as they stormed Raqqa were clearly heard screaming “Alah Akbar... We do this for America... not for our land”

Why don’t we start a gofundme to buy Shep pink cammo and a plane ticket so he can go fight in their tribal conflict.

Turkey is in NATO, right?

In that case, Trump needs to support the expulsion of Turkey from NATO unless Recep Erdogan - Turkey's Muslim dictator - resigns.

Your problem is your supposition that Turkey is our friend. No enemy in our history hated us more than Erdogan’s regime. To compare our relation with Erdogan to ours with Nazi Germany, every last American would have to be a gun-toting Romani Jewish banker with a thing for race-mixing on the down-low.

Violating his oath of office by refusing to fight a war that Congress has refused to declare.

“support” isn’t strong enough. Trump needs to say that if Turkey stays in NATO, we will quit and form bilateral treaties with any European partner we can.

Total destruction and obliteration of the Turkish economy in 5,4,3... 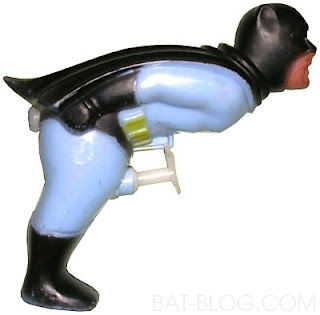 As I said on a previous thread:

At first I thought this was a stupid move by Trump. But our troops were not placed there to give aid to the Kurds in their ongoing conflict with Turkey. They were placed there to get rid of the ISIS Caliphate.

Time to get out.

It’s also long passed time we got out of Afghanistan. We’ve been there about 17 years longer than necessary.

Trump promised to get us out of these endless conflicts. We voted for him. We should not be surprised when he keeps his promises.

The Kurds are perfectly capable of fighting their own battles with Turkey. If Turkey puts boots on the ground, there will be a lot of Turkish soldiers pushing up daisies. I don’t think it is in our best interests to start shooting the Soldiers of a NATO ally or having them shoot ours.

By the way, there is no such thing as a “Kurdish ally”. There are Syrian rebels we aligned with. Can you point me to the Kurdish alliance treaty? Or even the Kurdish written agreement?

They are Syrian rebels...nothing more.

I am not sure what is happening Jim, but one thing needs to be made clear. Again truth...

The kurds are not angels.

I think that is what Trump tried to say with the “Normandie” comment.

Yes, they have been good for us, but only because they have been fighting for their own interest. Which is a large Kurdish state - which Syrian part happens to have most of the Syrian oil...

It is very complicated...

If we are getting out of Syria...

Maybe let Assad retake those areas. That is what Erdogan says he will do anyhow? Just move in for the time being...

But, it is more complicated than that. It is about pipelines and..

Great question. And Kurds are an ethnicity, not a state. So they don’t qualify as an ally in the traditional sense.

We abandoned the Kurds in the 1970’s, too. We have to look after our national interests & not be embroiled in every ethnic conflict around the world.