The new feature, called Smart Reply, offers three short responses, like "It was great seeing you too," or "I'll look into it." Unlike standard auto-replies when on vacation, for instance, these are customized to an individual email based on its context....

Although Google stopped scanning email to target advertising in 2017, it still scans them to filter out junk mail, identify phishing scams and, now, to create suggested replies...

Google's suggestions draw on what's in your email, such as the text of the message and the subject line. The analysis can include past conversations....

It's not known, though, how far Google goes in scanning your email. For instance, Gmail scans attachments for security risks, but is it also using that information to customize responses? The machines behind Google Photos can tell whether an image has food, flowers or the beach. Might Gmail suggest, "How was lunch?" Google didn't respond to a query for details on what it scans for replies.

Suggesting responses isn't the only way Google uses artificial intelligence to help people manage their emails, as it has been rolling out a new version of Gmail since April. The new Gmail has "Nudges," a feature that reminds users to reply to emails it deems important.

TOPICS: Computers/Internet
KEYWORDS: creepy; gmail
1 posted on 08/30/2018 8:01:35 PM PDT by BenLurkin
[ Post Reply | Private Reply | View Replies]
To: BenLurkin
I think the feature is great. Almost half my work emails are now answered with one of the three suggestions. Saves me a ton of time. Not creeped out in the slightest. 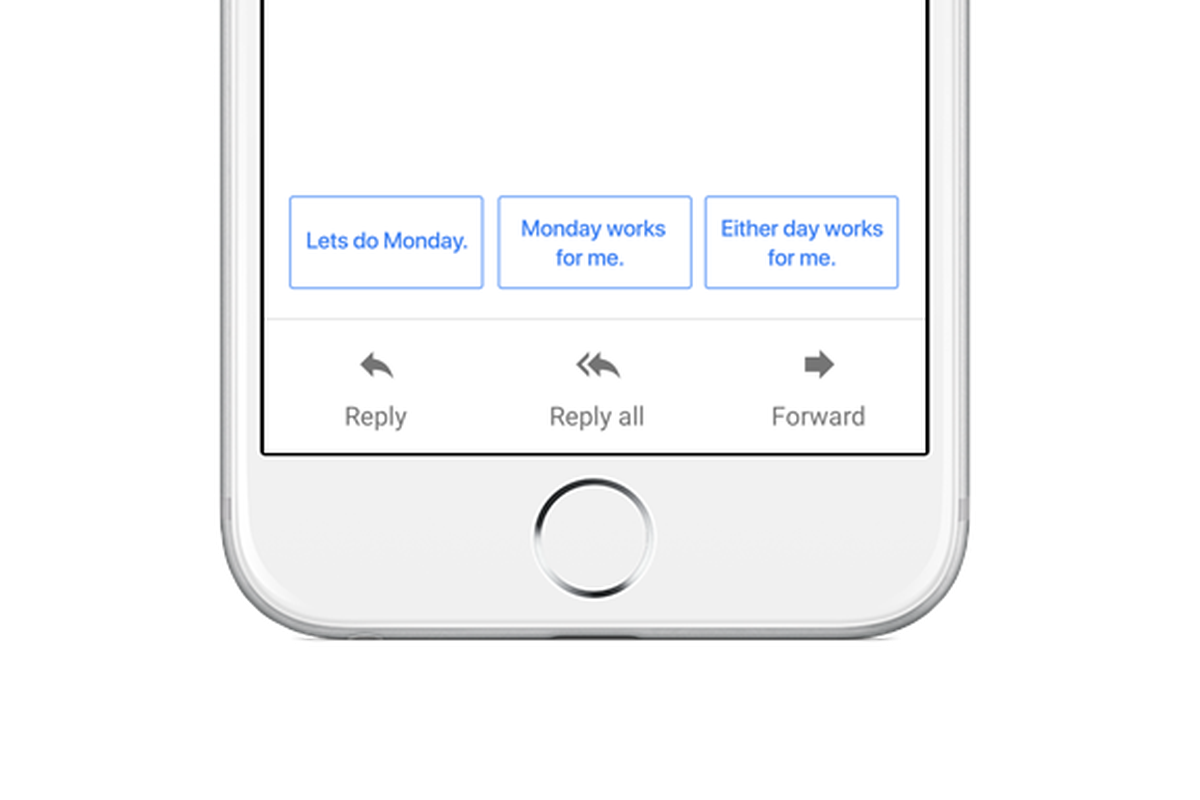 I just hate Google. I have to use the G-Suite and work and it irritates me. I have trouble finding emails, the user interface acts weird, I just don’t like it.

I do like the meeting and videoconferencing functionality though.

I did have a kind of funny slap your forehead moment this week though. I was scheduling a meeting, so I brought up a co-worker’s calendar, and the time slots said “busy”, and I saw a free slot and put it in.

I went back a minute later to doublecheck, and the co-worker had just put a meeting right where I scheduled mine, so I changed to a free slot. When I looked again, he had moved his meeting to accommodate mine that I was rescheduling.

This happened three times with me rescheduling and sending out the reschedule notices, until I realized that the co-worker wasn’t moving his meeting, it was my meeting that kept coming up on his calendar. I thought it would say “pending” or something like that, but it said “busy”. He hadn’t even touched it.

I had to hang my head on that one...my own stupidity. Can’t really blame THAT on Google.

My experience is different. I find Gmail incredibly easy to use and even though I have over 80,000 emails in my account, I can pull up just about anything I need instantly. It's so efficient that I attach important files to emails and send them to myself so that I can easily pull them up later from any computer I log into.

However, many others at work have the same complaints as you.

defending your disconnectedness to the relationships put in your path is a struggle i am all to familiar with. I shall not accept it! to each their own i guess.

It’s weird...just a lot of small things for me.

For example, you cannot paste Excel selections into a Gmail...you have to paste it into sheets, then copy and paste it into Gmail...then even if you formatted it in sheets to look good, it gets screwed up in the paste and you can’t adjust the column widths.

LOL, I know. These are first world work problems!

Makes it so much easier if you don’t know the language.

Facebook messenger has already bern doing this. And they probably make notes of which optional response you select. More psy ops

Plus, my office just found out today it nags you if you haven’t responded to an email in three days.

The new gmail is a piece of intrusive crap.

10 posted on 08/30/2018 9:15:47 PM PDT by firebrand
[ Post Reply | Private Reply | To 1 | View Replies]
To: BenLurkin
I left feedback on an item I purchased from eBay the other day, and it cautioned me on my language (even though NOTHING I said was profane or even inappropriate), and told me not to leave feedback specific to the seller (that I did do, and took it out).

Of course, the search only finds the stuff I want about half the time, even though I know, because I've seen it before, that they have it. AI has a LOOONNGG way to go.

Gamil confuses me when there is a string of them going back and forth. It’s hard to get them in order it seems to me. Is there a Gmail for dummies?

You can use Bleach Bit to wipe with a cloth to get rid of the emails : )

I’m still looking for an email client that doesn’t filter my damned email.

At first, I thought, “Wow, it filters out advertisements!”, but then the reality...

I can’t find a way to turn off ALL of the filters in Outlook. So I set “safe” sites and/or domains, and two weeks later it’s filtering them out again. Pisses me off. Leave my crap ALONE!!

That aspect of Gmail is very annoying.

When replying to those email chains, I either start a new thread or chop all the old emails off the bottom, only keeping and highlighting the portion I'm replying to (like I just did above).

Years on Free Republic helped me with that!